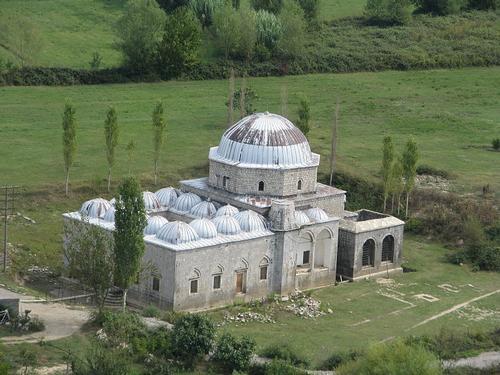 In 1967, communist party leader Enver Hoxha proclaimed Albania the world's first atheist state. Between 1967 and 1990 it was forbidden to practice any religion. All mosques and churches in the country were demolished or used for another purpose; spiritual leaders were forced to give up their office. Yet many Albanians remained true to their faith at the time and did not automatically become atheists.

After more than 23 years without religion, religion has again taken an important place in the daily life of the older Albanians in particular. Religious holidays have also been restored. Most of the young people grew up in a country without religion and religion is much less important to them.

It is currently estimated that about 70% of the population is Sunni-Islamic, 10% Roman Catholic and 20% belongs to the Greek Orthodox Church, mainly the Ghegen.

In the eleventh century, the Shkumbin River formed the boundary between the Roman North and the Orthodox South in the schism in the Catholic Church. As a result of Turkish rule, the country was Islamized from the 17th century, often with intimidation and violence. In the course of the 18th century, the majority of Albanians became Muslim.

After the collapse of atheist rule, Albania was "raided" by priests, imams, evangelists and missionaries from all kinds of religious movements and religions.