After the break with the Soviet Union (in 1961) and China (in 1978) the communist Albania fully met its own economic needs. However, this isolationist policy made the economy completely obsolete. With the fall of orthodox communism, economic life also completely collapsed in the years 1990-1992, partly due to the large-scale destruction and looting of many state-owned enterprises. Albania then mainly depended on emergency aid, foreign loans and remittances from Albanian guest workers working abroad.

From 1992, economic life was quickly privatized. For example, the collectivization of agriculture was undone and the land was divided among the farmers and a small-scale industry and services got underway. As a result, GDP rose by about 7% in 1994 and 1995, according to official figures. However, the economy and confidence in the banking sector took a huge blow as a result of the social unrest in 1997. Thanks to a macroeconomic stabilization process that has since been carried out together with the IMF, Albania is well back on track. An improvement in the economy of Albania is now visible again.

In 2002 almost all small and medium-sized businesses had been privatized.

In addition to legal economic activity, a lot of money was also made from the black trade in people, oil, drugs and weapons. A lot of money was also invested in the so-called pyramid funds, which promised sky-high returns. When these funds collapsed in early 1997, Albania fell to chaos and anarchy. After this, normal economic life almost came to a halt.

After central authority was restored, a lot of work was done on institutional reforms to combat pervasive corruption. The economy slowly recovered: infrastructure was improved, foreign companies invested in Albania, many of the remittances from abroad were invested in new businesses, and in the period 1999-2001 GDP grew by about 7% annually.

Many state-owned companies have meanwhile been privatized, as have a number of banks. The privatization of a number of important companies (Albanian National Savings Bank and the telecommunications company) is still taking some steps.

In April 2005, an international commission headed by former Italian Prime Minister Amato published a report on the future of the Western Balkans. One of the report's recommendations was that the countries of the Western Balkans should achieve regional economic integration (common economic space) as soon as possible. The government has recently adopted a tax reform package aimed at reducing the large gray economy and attracting foreign investment. Yet Albania is still one of the poorest countries in Europe. GDP per capita was $ 12,500 in 2017. Approx. 70% of Albania is mountainous and only about one fifth of the land is suitable for agriculture. Yet Albania's economy is buoying mainly on agriculture. More than half of the Albanian population works in agriculture, and this industry accounts for more than half of the country's gross national product (GNP). Most of the agricultural land came into private hands in 1992, increasing the income of the farm workers. At the beginning of 1996, the land division was virtually complete, but it did lead to enormous fragmentation of the soil. The agricultural area now covers more than 12,000 km2, spread over approximately 400,000 farmers. The yields have increased spectacularly every year since privatization.

Livestock farming is becoming increasingly important and already accounts for about 50% of total agricultural production. The number of animals, but also the milk production per animal has increased considerably in the last ten years. There are currently a dozen large dairies and several hundred small businesses locatedmainly deal with cheese making. Export of these products will depend a lot on better hygiene and quality.

Forestry is important; good transport options have been created in this regard since 1950. However, it was not until 1973 that a reforestation program was started to combat continued erosion of the seabed.

Inshore fishing is hardly significant. In Albani The domestic demand for fish exceeds the local supply, requiring large quantities to be imported. 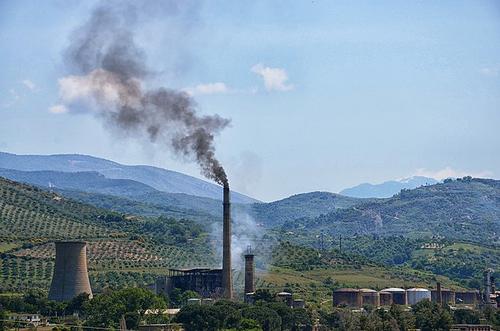 Albania has a fair amount of exploitable mineral reserves. The main minerals are petroleum, natural gas and chrome ore (up to 1980 Albania was one of the world's leading chrome exporters);furthermore, copper, iron and nickel ores, bauxite, lignite, lime and salt are extracted.

The main oil and natural gas field is located near Kuçov, in Central Albania. Part of the crude oil is also refined here, which is then transported via pipelines to the port city of Vlor being transported. From the early 1970s onwards, oil and gas reserves in the vicinity of Patos were exploited. 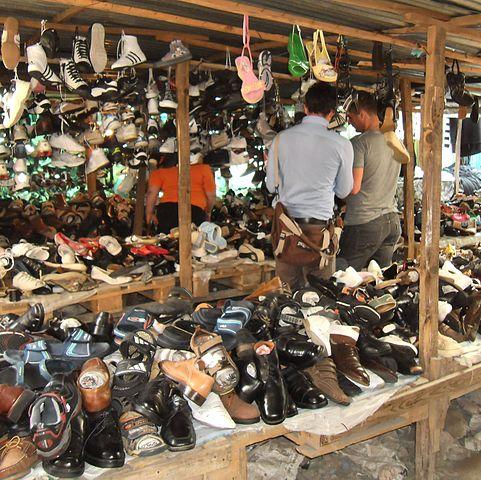 Despite attempts by the Albanian governments to turn the tide, Albania industrially, remained one of the least developed countries in Europe. In the 1990s, it fell into disrepair as machines, once supplied by the Soviet Union and China, began to show defects that could no longer be repaired. Money and knowledge were lacking to solve this problem.

The main industrial products are textiles, foodstuffs and footwear. Petroleum refining is a growth sector.

About 12% of the low-skilled labor force is employed in industry. As a result, the quality of the products made is often of dubious quality. Industrial centers can be found in and around Tirana, Durrës and Shkodër. Old-fashioned crafts and small businesses are of great importance throughout the country. 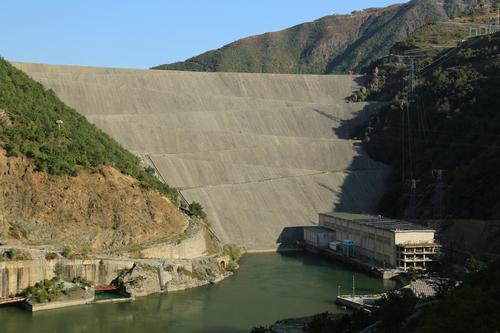 Albania is largely dependent on hydroelectric power stations for its electricity. The great decline of many rivers (including the Drin with some large dams) makes them very suitable for the generation of electricity. However, the capacity is such that the power cuts out regularly. 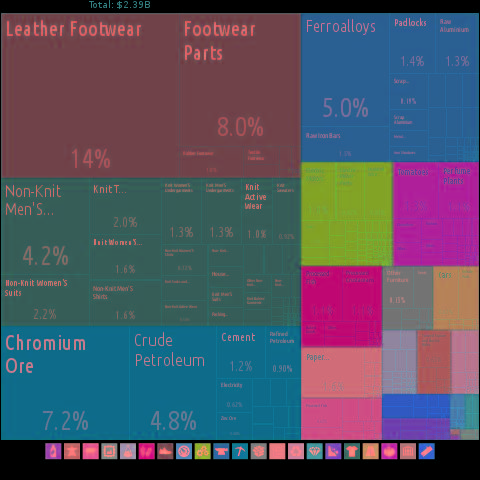 Foreign trade is small-scale due to the multitude of products. Textiles, shoes and fuel in particular are exported, mainly via the seaports.

After the collapse of communism, Albani lost classic markets (China, Eastern Europe) and had to quickly look for new trading partners and at the moment Greece, Italy, Macedonia and Germany are the most important. Due to the mountainous landscape, large parts of Albania are hardly accessible. The often unpaved and worn road network is 18,000 km long. The strong expansion of private car ownership has also created great pressure on the road network.

The construction of a railway network began in 1946 and, a few decades later, with lines from Tirana to the north, south and east of the country, it had a total length of 684 km. However, a number of lines have since been closed.

The largest cities are linked by a network of paved roads and bus services, but compared to most other European countries there is very little motorized traffic.

The only airport in Albania, at Rinas at Tirana, is served by only a few foreign companies. Domestic air lines are completely missing.