Tourism is an increasingly important part of the New Zealand economy. Tourism provides approximately 80,000 jobs and more than 1.5 million visitors spend more than $ 2.5 billion every year. Tourism is growing almost three times faster here than in the rest of the world. The top five foreigners are Australians, Americans, Japanese, British and Koreans.
New Zealand is strongly committed to so-called "ecotourism", in which measures are taken to ensure that tourism develops responsibly. In 1991, the Natural Resources Management Act, the Resource Management Act, was passed. Responsible handling of the environment including the country's cultural and historical heritage is central to this Act. With this law, New Zealand is a global leader in terms of tourism and nature management policies. 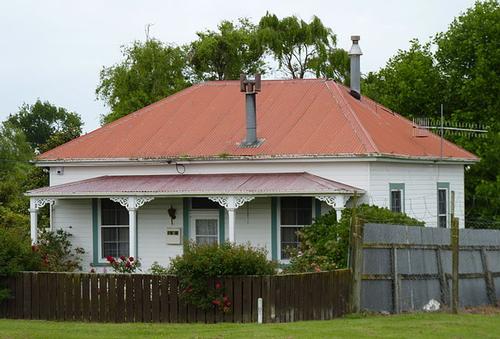 Auckland is the largest city and the largest port in New Zealand. Auckland Town Hall has a concert hall with great acoustics, making it one of the most famous concert halls in the world. Mount Eden is a volcanic cone with a grassy crater. Mount Eden is the highest point in Auckland City and offers fantastic views of Auckland and is very popular with tourists. Read more on the Auckland page of Landenweb.

Christchurch is a thriving, vibrant city on the South Island of New Zealand and the capital of the Canterbury region. It is New Zealand's third largest city, and the only South Island city with an international airport. Christchurch has a diverse mix of tourist attractions, with historic buildings, beaches with exceptional surfing, numerous shopping areas and restaurants. You will see whales and dolphins swimming. You can even ski in the nearby Southern Alps, just a short drive from the city center. Christ Church Cathedral was a spectacular Anglican building from 1865, it was severely damaged in the recent earthquakes and has since been demolished. Cathedral Square in the center of the city is surrounded by the four Avenues of Bealey, Fitzgerald, Moorhouse and Rolleston. Christchurch Pier on the eastern side of the city extends over 300 meters into the sea. The Christchurch Town Hall is a fairly recent monument built in the early 1970's. The River Avon meanders through the heart of the city center.

Generally considered to be New Zealand's most attractive large city, Wellington serves as a major intersection between the North Island and South Island. Wellington has many tourist attractions. The most visited are: The City to Sea Bridge, which is a beautiful pedestrian bridge that connects the city center to the Lambton Quay district. The striking Parliament buildings with the breathtaking modern Beehive building and the eye-catching Parliamentary Library. The Government House is home to the Queen's representative. The National Library and Archives hold a wealth of important artifacts and historical documents. The Old Government Buildings are one of the largest wooden buildings in the world and date back to 1876. There are also a number of exciting museums to visit in Wellington. 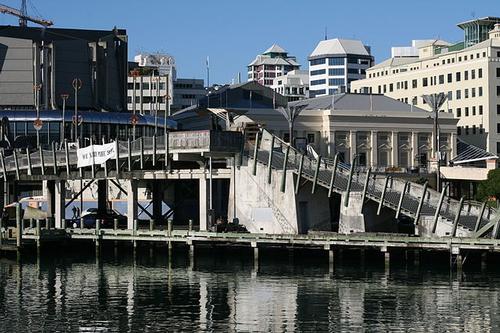 City to Sea Bridge and Wellington Town Hall in backgroundPhoto:Stuartyeates CC 3.0 Unported no changes made 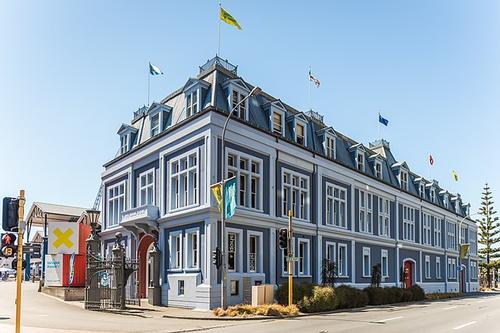 New Zealand is seen by many people as one of the most beautiful countries in the world in terms of nature. The country has a large number of national parks. A third of the territory is protected in (national) parks and reserves. Famous national parks are the Abel Tasman National Park and the Marlborough Sounds Maritime Park. A huge glacier is the Fox Glacier. The beautiful volcanic area of Rotorua is unique in the world. The movie The Lord of the Rings after Tolkien's book of the same name was shot in New Zealand and has given a boost to (eco) tourism. 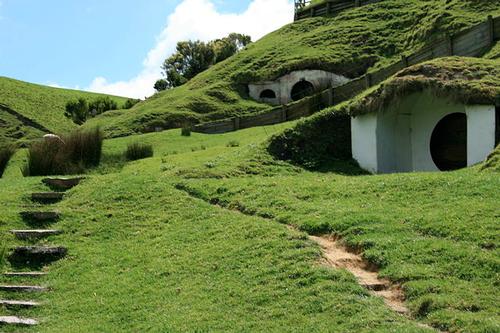 Matamata New Zealand, scenes of Lord of the Rings were recorded herePhoto: Miss_rogue CC 2.0 Generic no changes made