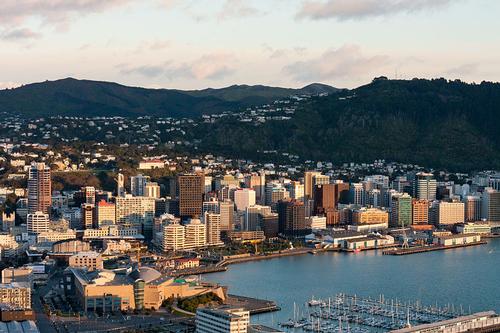 Wellington is the capital of New Zealand and is located on the southern coast of the North Island. Wellington is in fact the second city in terms of population of New Zealand. Thel city is bordered by a spectacular harbor and offers beautiful views. You will find a large number of attractive Victorian buildings here, often on steep slopes and very photogenic.

Generally considered to be New Zealand's most attractive large city, Wellington serves as a major intersection between the North Island and South Island. Regular ferries operate between the two islands. Lambton Quay is an important point in the center of the city. The street runs parallel to the sea promenade. The heart of Wellington is on the northern side of Lambton Quay. The Kent and Cambridge areas are more to the southeast. Other pleasant parts of the city include Kabel Street, Jervois Quay, Oriental Parade and Queens Wharf. 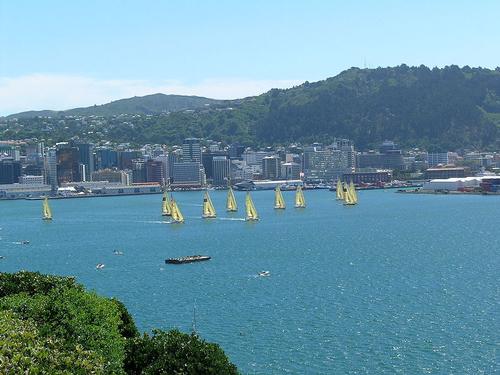 Wellington is located in the region of the same name and is located on the North Island at the most southwestern point, next to Cook Street. Wellington is the southernmost capital in the world, with a latitude of 41° south latitude. The conglomeration is more densely populated than other New Zealand cities. Wellington has a large natural harbor

Wellington's climate is quite mild and temperate, with the best weather and highest temperatures from October to April. In Wellington, the weather is noticeably cooler during the winter months, June, July and August, although winters in Wellington are quite short and never extreme, with occasional frosts. The weather in Wellington and New Zealand can change rapidly due to influences from subtropical cyclones and cold fronts.

Weather in Wellington is influenced by wind from the western Tasman Sea. It rains regularly in Wellington, most in winter. Windy weather is not uncommon in the Wellington area, particularly around the southern Wairarapa coastal areas. People talk about "Windy Wellington". The climate on the North Island is generally warmer than on the South Island and the highest temperature in Wellington occurs in the summer, in December, January and February. The temperature then rises to 27 °C.

Centuries before Wellington became the city's European name, the Maori called the area 'Te Upoko o Te Ika a Maui', which roughly means the head of Maui's fish. In Maori mythology, Maui was a Polynesian navigator who was solely responsible for the creation of the North Island. The first people to officially settle here were two Polynesian explorers Ngahue and Kupe, who camped on the south side of the harbor about 1,000 years ago. Whatonga, the famous Maorian navigator and two of his sons, founded the first permanent settlement in Wellington they called 'Te Whanganui a Tara'. Many Maori still call the capital by that name. 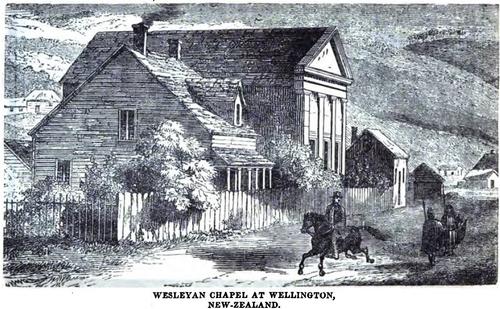 Before the first Europeans set foot in Wellington in 1839, there were numerous Maori settlements on the shoreline. Wellington was hit by several earthquakes in 1848 and again in 1855. The Wairarapa earthquake of 1855 still ranks as one of the most severe in New Zealand history and would have exceeded the 8.0 on the Richter scale. Much of Wellington had to be rebuilt after the earthquakes. Interestingly, the former port street of Lambton Quay is now built approximately 200 meters inland from the actual port due to its powerful seismic activity. Most of the city's buildings have been made mainly of wood since these earthquakes.

Wellington replaced Auckland as New Zealand's national capital in 1865, simply because this city was closer to the South Island, the most populous of New Zealand's two main islands. More than 50 years later, Wellington became the birthplace of the 40-hour working week, New Zealand became the world's first country to give women the right to vote in 1893. New Zealand remains one of the world's most socially progressive nations. 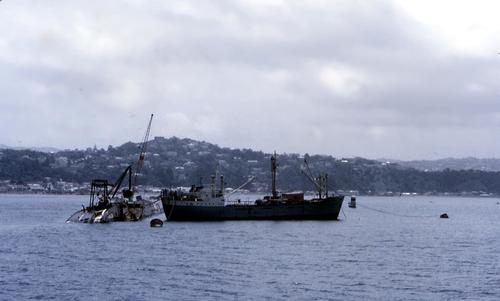 Wahine sunk in the harbour of WellingtonPhoto: Phillip Capper (CC BY 2.0) no changes made

Many tourists might see Wellington as a somewhat boring city, with the biggest attraction being the wooden parliament buildings. But the city also has a huge, beautiful, natural harbor, which was the scene of one of the most tragic events in Wellington's history. On April 10, 1968, the ferry the Wahine capsized between the islands and sank on Barrett Reef, at the entrance to the harbor, during the 'storm of the century'. This resulted in the deaths of more than 50 people. This story is told in the excellent Wellington Museum on Jervois Quay, along with many other important events in New Zealand history. 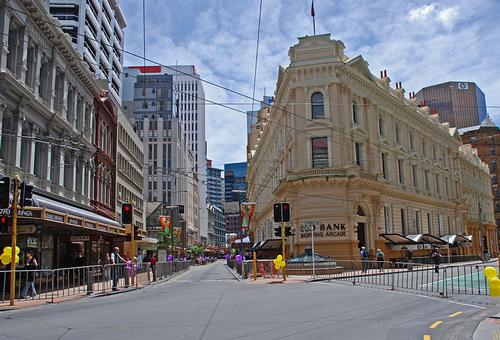 Wellington has many tourist attractions. The most visited are: The City to Sea Bridge, which is a beautiful pedestrian bridge that connects the city center to the Lambton Quay district. The striking Parliament buildings with the breathtaking modern Beehive Parliament building and the eye-catching Library. The Government House is home to the Queen's representative. The National Library and Archives hold a wealth of important artifacts and historical documents. The Old Government Buildings are among the largest wooden buildings in the world and date from 1876. There are also a number of exciting museums to visit in Wellington. A number of sights are highlighted below. 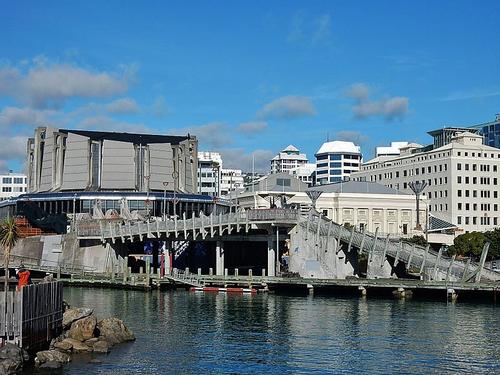 The City to Sea Bridge is a striking pedestrian bridge, built in 1994 to connect the city center with the water district. The bridge spans Jervois Quay and has an impressive architecture with unusual, highly detailed Maori carvings. The bridge offers breathtaking views of the city skyline. Many attractions are nearby, such as the City Art Gallery and City Hall. 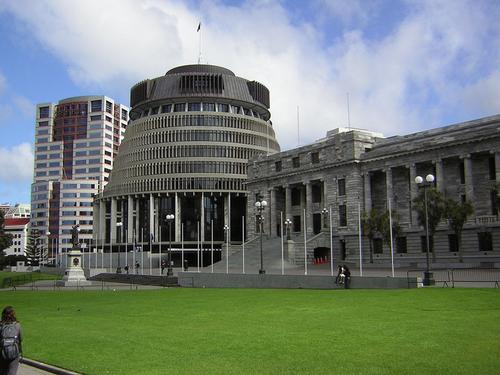 The Parliament Building in the Lambton Quay area offers the city's most recognizable architecture. The most distinctive part of Wellington Parliament buildings is the breathtaking Beehive Parliament Building, a modern office space designed by British architect Sir Basil Spence. Construction started in 1969 and was finally completed in 1980, the Beehive quickly became the symbol for Wellington. The Parliament itself has neoclassical architecture, dating back to 1922. Next to it is the striking pink Gothic Parliamentary Library, a stylish building built at the end of the 19th century. 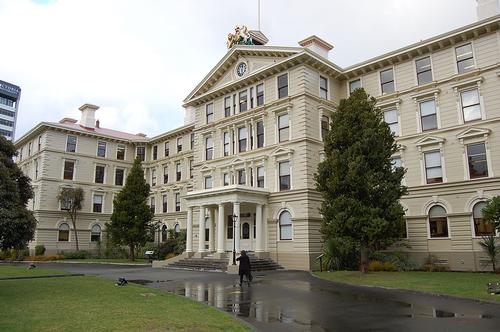 On Whitmore Street in the Lambton Quay area, you can see the old government buildings, one of the world's largest wooden buildings dating back to 1876. The building survived several earthquakes because it was made of wood. It has a richly decorated interior and has been listed as a 'Category I' building by the New Zealand Historic Places Trust. The grounds are open to members of the general public and you will see some rare and exotic examples of the native flora. 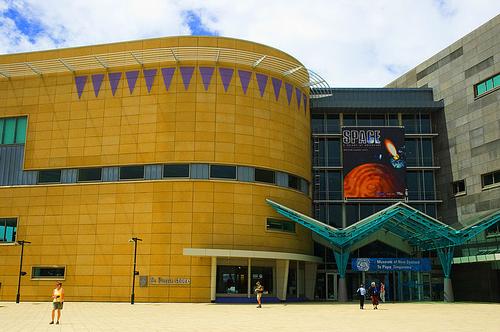 The Museum of New Zealand (Te Papa Tongarewa) is known for its large art collection, multimedia productions, children's displays, temporary exhibitions and research facilities. Located in the center of the city, next to Lambton Harbor and near both the Circa Theater and Frank Kitts Park, the museum contains many of the nation's most valuable assets. 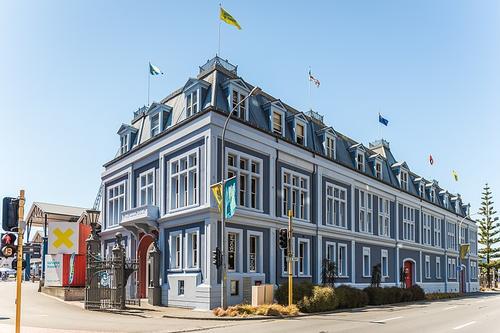 Wellington Museum of the City and the SeaPhoto: museums Wellington CC 3.0 no changes made

The Museum of Wellington City and Sea is close to Lambton Quay and in the Central Business District. The Museum hosts scientific exhibitions and owns many photos, important maps, documents, holograms and video games. The exhibitions are interactive and there is a lot of attention for children. One of the most fun things to do is take a ride with The Kelburn Cable Car. This is a Swiss-built funicular that climbs to the Kelburn Terminal. You get spectacular scenic views of the city and Port Nicholson. The Cable Car connects Lambton Quay to the Kelburn district. The funicular departs every ten minutes and the journey takes approximately six minutes. 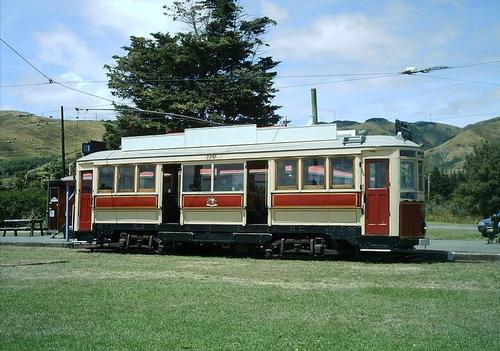