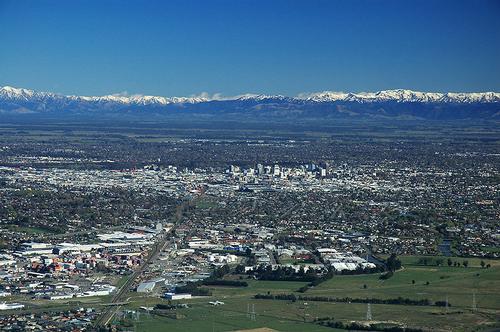 Christchurch is a thriving, vibrant city on the South Island of New Zealand and the capital of the Canterbury region. It is New Zealand's third largest city and the only South Island city with an international airport. Christchurch has a diverse mix of tourist attractions, with historic buildings, beaches with exceptional surfing, numerous shopping areas and restaurants. You can see whales and dolphins swimming. You can even ski in the nearby Southern Alps, just a short drive from the city center.

Christ Church Cathedral was a spectacular Anglican building from 1865, it was severely damaged during the recent earthquakes and has since been demolished. Cathedral Square in the center of the city is surrounded by the four Avenues of Bealey, Fitzgerald, Moorhouse and Rolleston. Christchurch Pier on the eastern side of the city extends over 300 meters into the sea. Christchurch Town Hall is a fairly recent monument, built in the early 1970s. The River Avon meanders through the heart of the city center. 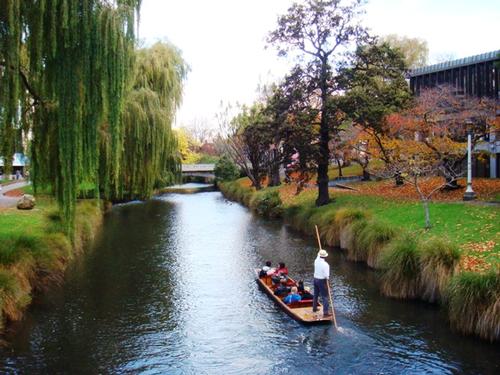 Surrounded by hills and the Pacific Ocean, Christchurch is located on the edge of the Canterbury Plains stretching into the Southern Alps. The river Avon flows through the center. The city is quite compact and easy to explore on foot.

The climate in Christchurch and the rest of Canterbury is generally mild and quite temperate. As in the rest of New Zealand, the temperature is highest from October to April. In the winter months of June, July and August it is noticeably cooler especially around the nearby Southern Alps and ski slopes, which are within driving distance of Christchurch.

The native Waitaha tribes who lived from the Moa hunt lived in the Christchurch area in the mid-13th century. The moa, a giant flightless bird native to New Zealand (now extinct), was the source of food for the Waitaha. Tribal wars caused the Ngati Mamoe tribe to drive out the Waitaha. They, in turn, were defeated by the Ngai Tahu, who controlled the area until the first Europeans arrived in the mid-nineteenth century.

Around 1840 an English family of whalers bought a large piece of land where Riccarton now stands. A small group of European settlers attempted to found a colony on the site of Christchurch but were not very successful. 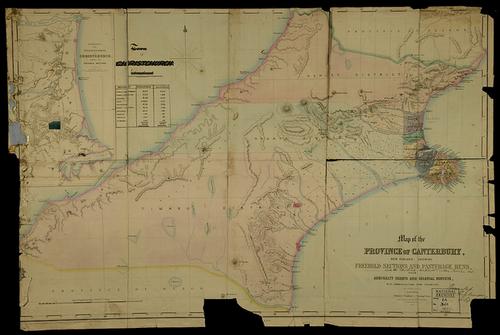 Christchurch's modern history only really started when the crew of a group of four ships set foot here. They wanted to found a city based on a college and a cathedral, just like Christ Church in Oxford in England. The first pilgrims (about 800 in total) landed in Lyttelton Harbor in mid-December 1850. It was not easy to get from Lyttelton to the planned location of Christchurch. The Port Hills were steep and difficult to cross. Everything had to be transported by horse and the goods that could not be transported in this way were shipped by boat along the coast. The first public railway in New Zealand, the Ferrymead Railway, offered a solution and provided better access to Christchurch. In 1867, a rail tunnel was constructed across the Port Hills connecting Lyttelton to Christchurch.

Christchurch's history is also closely linked to the exploration of the South Pole. Both Ernest Henry Shackleton and Robert Falcon Scott used the city as a starting point for their expeditions. The Canterbury Museum tells about their adventures and a statue of Scott stands in the center of the city. 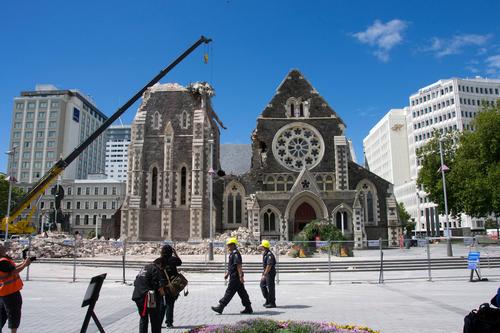 Christchurch EarthquakePhoto:Gabriel (CC BY 2.0) no changes made

Three deadly earthquakes that struck the city in 2010 and 2011 changed Christchurch's modern history and significantly changed its urban landscape. The first earthquake, on September 4, 2010, was 7.1 on the Richter scale, and while this quake did not cause fatalities, the safety and structural strength of many buildings was affected. A second earthquake on February 22, 2011 was less intense, but caused a tremendous amount of damage. The ensuing earthquakes and tremors further affected the city. Original historic buildings such as Christchurch Cathedral and Shag Rock were (partially) destroyed and just over 180 people were killed.

The center of Christchurch is currently being restored, a number of buildings have been seriously damaged. 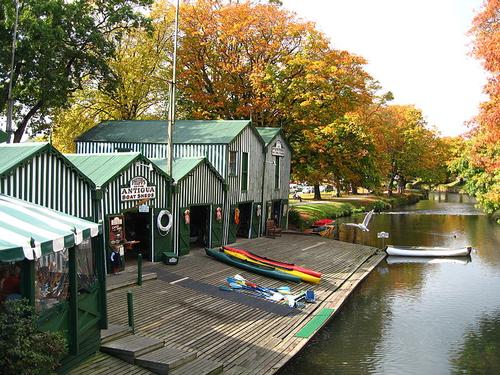 The Avon River is one of the major natural attractions in Christchurch and has been directly responsible for much of the city's design. You can punt and take boat trips, the river runs past many historic buildings, parks, gardens and beautiful picnic areas, such as the Cambridge Terrace and the Oxford Terrace. 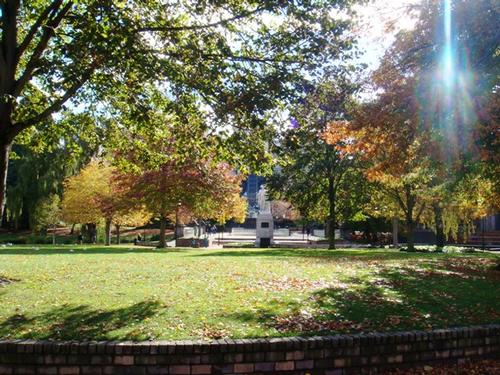 Victoria Square dates back over 130 years, it was and is a thriving, vibrant part of the city. The square contains lawns, mature plantings, a beautiful flower clock and many historical features, including impressive statues of both Queen Victoria and the famous explorer Captain James Cook.

Christchurch's many museums provide an extra dimension for tourists who want to learn more about the city. The Canterbury Museum from 1870 is the main cultural attraction of the city and is housed in a historic building, with Neo-Gothic architecture and many original period features. The collection contains fossil Maori treasures and various artifacts. Also the 'Exploration of Antarctica' exhibition, where detailed displays document the many expeditions to the South Pole that began on New Zealand's South Island. The museum is easy to find and is located in the center of the city, at the entrance of the Botanical Gardens. 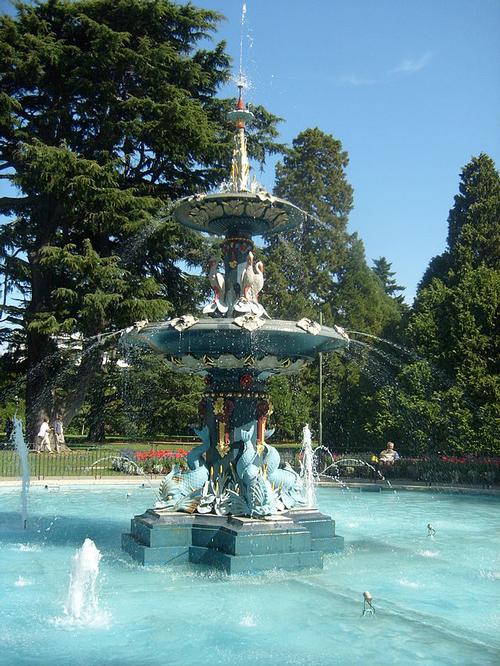 In the Botanical Gardens you can see cacti, carnivorous plants and flowering orchids. Animal lovers will enjoy the wood pigeons and cormorants here. A walk under the ancient trees in Daffodil Woodland provides shade from the midday sun. Other attractions include the Bandsmen's Memorial Rotunda bandstand, the Murray Aynsley Lawn, the Bell of Peace, the Cockayne Memorial Garden and the Maple Border.

Balloon rides around the center of Christchurch are without doubt one of the most memorable ways to see the city, offering truly breathtaking panoramic views. On many beautiful, sunny days and in good weather conditions, balloon rides depart from downtown parks early in the morning. Often you drink a glass of champagne during the trip. 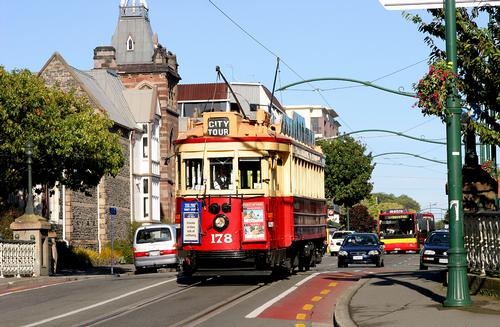 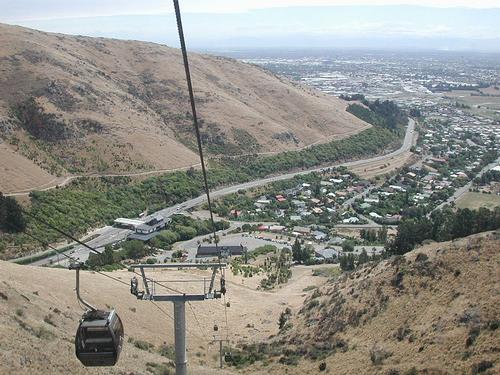 A cable car ride from Christchurch is a fun day trip for visitors to the city. You get incredible panoramic views of the city, the Southern Alps and the Canterbury Plains. The Christchurch Gondola is a small funicular that rises nearly 1000 meters to the Port Hills, where you will find a cafe, gift shop and observation deck.

Whale-watching near Christchurch, along the northeastern coast of the South Island, has become a popular attraction for visitors and locals alike. The tours start in the center of Kaikoura, about 2.5 hours drive from the center of Christchurch. Kaikoura is known as one of the best whale watching spots in all of New Zealand.