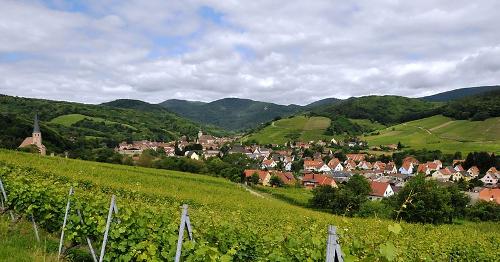 Alsace LandscapePhoto:CTHOE CC 4.0no changes made

In the floodplains of the Rhine, the wet Ill Wald is situated, with about 110 tree species. 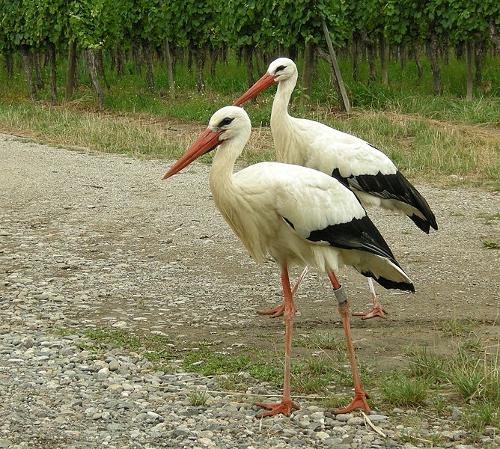 The stork is the symbol of Alsace. After the number of these migratory birds, which spend the winter in Africa, fell drastically, measures were taken to restore the population. Since the 1980s, the population of storks has increased again.

The hoopoe lives mainly in the many vineyards, but spends the winter in sub-Saharan Africa. 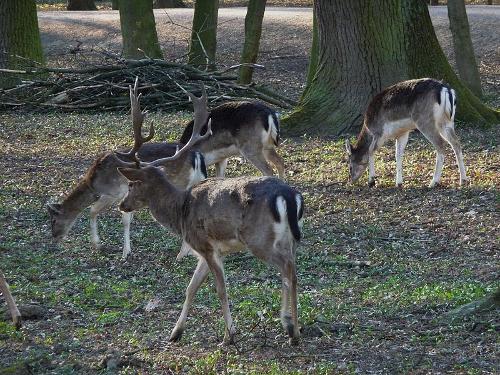 The Ried de I'll is a protected bird area, with 52 species, including the marsh owl. It is also home to a wild population of fallow deer, the largest in Europe with 300 specimens. The Ried was declared an 'area of outstanding scientific value' by the World Wildlife Fund in 1962.

The Forêt d'Offendorf is home to rare animals such as the tree lizard, European kingfisher and Daubenton's bat.