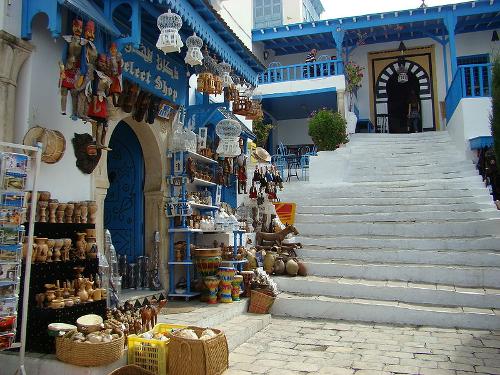 Tourism is the main source of foreign exchange. The tourist infrastructure along the coast has been considerably expanded and improved in the 1980s. In 1994 there were nearly 4 million foreign tourists, including from Arab countries. This sector also provides a lot of employment. More than 50% of the labor force works in the service sector.

Tunisia mainly receives development aid from the western industrial countries, such as the United States, Germany, Italy and France. People also receive money from international organizations. In the north of the country, the road network is in good condition and dense. Bus and taxi services provide passenger transport between the cities. The Société des Chemins de Fer Tunisiens provides rail traffic that connects the major cities. The Compagnie Tunisienne de Navigation, a state-owned company, maintains shipping traffic with Europe and the Arab ports. The main seaports are Tunis, Bizerte, Sousse and Sfax. The national airline is Tunis Air. There are six international airports: Tunis-Carthage, Tunis-al Aouina, Monastir-Skanes, Djerba-Mellita, Tabarka and Tozeur-Nefta.

Carthage room in the Bardo museum in TunisPhoto: Alexandre Moreau CC 2.0 Generic no changes made

Tunisia still has many monuments and art treasures from various cultural periods. Scattered across the country are about 250 historical complexes. The oldest art treasures are prehistorically decorated flints, bone beads, etc. from the time after 8000 BC, including in the national Bardo Museum in Tunis. The main museums in Tunis and Carthage include Punic jewelry and amulets. Tourists mainly visit Tunis for its old medina. This walled old town dates back to the 13th century. There are also some souks (oriental markets). The Punic ruin city of Kerkouane is famous.

Roman amphitheater of El Djem in TunisiaPhoto: Jerzystrzelecki CC 3.0 Unported no changes made

There are many remains from Roman times. Tunisia has the finest collection of Roman mosaics. Roman remains can be found in Dougga, Maktar (thermal baths and triumphal arch), and Carthage, where excavations from the Punic era can also be seen. The amphitheater of El Djem is famous. From the early Christian period there are, among other things, baptismal fonts, tomb mosaics and sarcophagi. Remains of early Christian basilicas can be found at Carthage (150 m long) and in Sbeitla. The oldest Arab city in Tunisia, Kairouan has monuments such as the 9th century Sidi Okba Mosque. 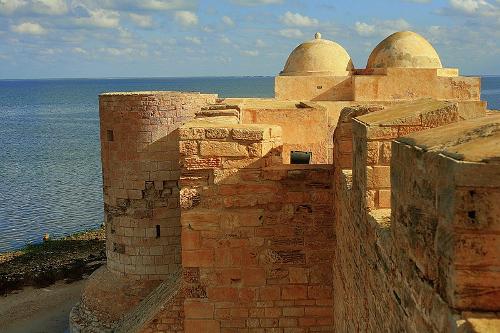 Other places with Arab monuments and typical Arab medinas include Tunis, Sousse and Bizerte. The Islamic monuments include mosques, medrese (colleges), palaces, kasbahs (citadels) and mausoleums. Also known are the ribats (monastic castles) of Monastir and Sousse from the 8th and 9th centuries. Late medieval fortresses mainly occur along the coast, including on the island of Djerba. Very common is the manufacture of all kinds of handicrafts, including carpets, ceramics, embroidery, cotton weaving, ironwork in gold, silver, copper, iron, leatherwork and traditional sculpture. Spectacular events include the falconry festival in El-Haouaria and equestrian games in Kairouan and the Sahara. 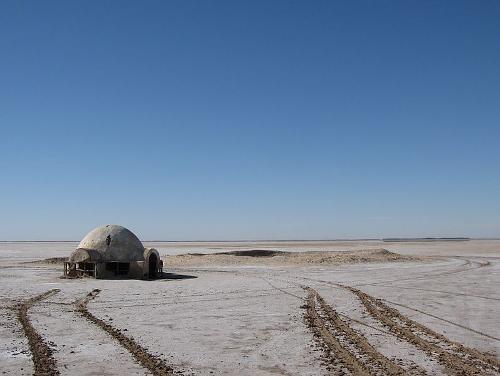 The Cap Bon peninsula is somewhat reminiscent of southern Italy. Well-known seaside resorts are Bizerte and surroundings, the island of Djerba and Monastir. Gabès, Gafsa and Tozeur are starting points for desert tourism in South Tunisia. In the southern part of the interior you will find the famous oases of Tamerza and Nefta. The salt lake Chott el Jerid, which resembles an alien landscape, is also very worthwhile.