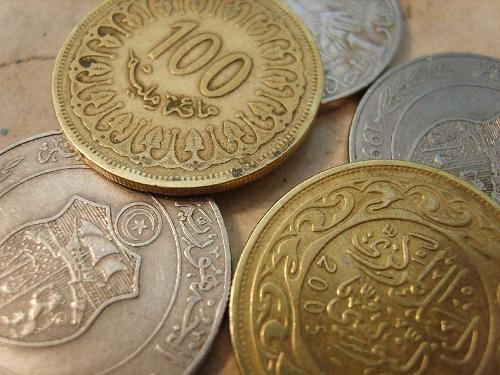 Donations from Tunisians living abroad also strengthen the economy. Tunisia has a free market economy in which the government plays a major role through legislation, regulating and promoting investment, attracting foreign funds and setting up employment programs. Although Tunisia is not one of the poorest countries, its economy has all the characteristics of a developing country: heavy dependence on the export of raw materials, tourism and the remittance of money from Tunisians working abroad, while high-quality industrial products have to be imported. After the Arab Spring in 2011, tourism is in decline and the economy is having a hard time. The government of Tunisia is facing major challenges, reducing high unemployment and reducing economic disparities between the more developed coastal area and the impoverished interior are priorities. 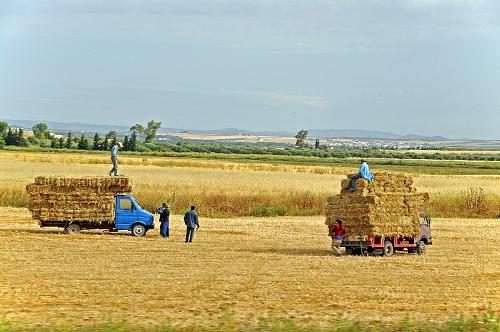 A small part of Tunisian agricultural land is artificially irrigated, while the vast majority depends on uneven rainfall. Livestock farming cannot meet the domestic demand for meat and milk. The government is stimulating livestock farming to be less dependent on foreign countries. Sheep are kept on the steppes of Central and South Tunisia and cows are kept in the north. There are still many small farmers who only produce for their own use. While the poultry sector is growing enormously, fishing has been stagnant for years. The government, which has a fishing monopoly in the coastal lagoons and some inland lakes, promotes inshore and distant fishing by building a modern fishing fleet. Fish catch is currently insufficient to meet domestic demand and a lot of fish must therefore be imported. 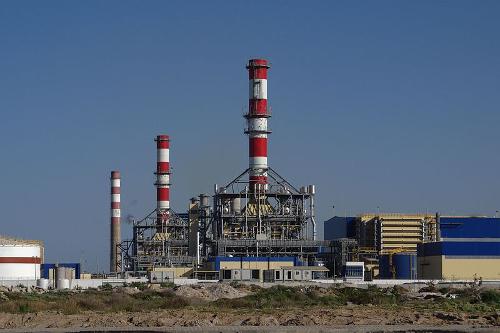 Oil and small natural gas reserves have been found in the Gulf of Gabès. The country must import fuel. About a third of the labor force is employed in industry, which makes a significant contribution (26.2% in 2017) to GDP. Industrial centers are Tunis, where the food and beverage industry predominates, Menzel Bourguiba-Bizerte with heavy industry (blast furnaces and petroleum refining, cement industry and textiles), Sousse with textile companies that produce a lot for Western European countries, Sfax with phosphate processing industry and Gabès with petrochemical and cement industry. In government policy, the emphasis is on attracting foreign investment, export orientation and decentralizing industry. The energy supply is highly dependent on petroleum imports. The policy is aimed at stimulating more private exploration and refining capacity. 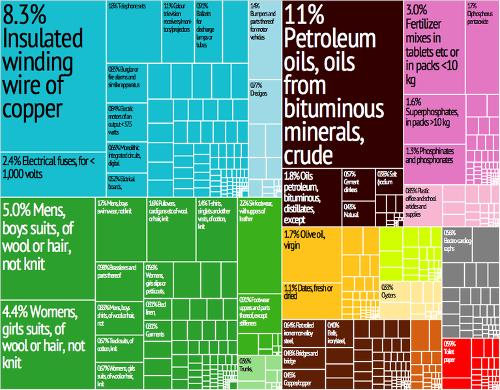 The main exports are textiles and leather goods, petroleum and petroleum products, phosphate and chemical products. The main export countries are France, Italy and Germany. The total value of exports was $ 13.8 billion in 2017. The imports consist largely of textiles, machinery, grain and cars. Important import countries are mainly France, Italy, Germany, China and neighboring Algeria. The total value of imports amounted to $ 19.1 billion in 2017. Tunisia is struggling with a trade deficit and high external debt and is trying to cut that debt by spending cuts.