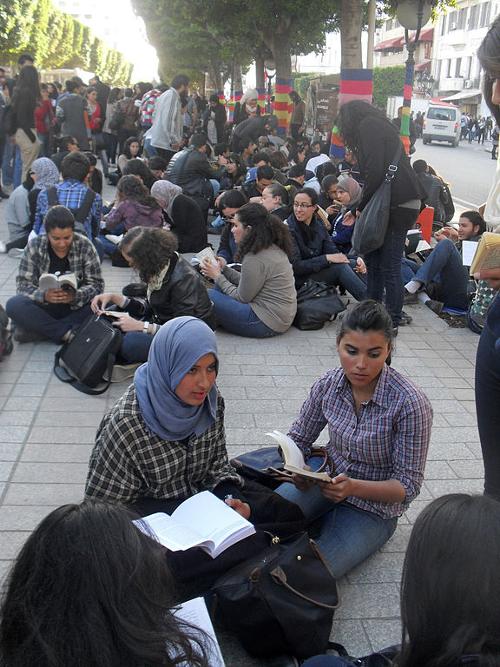 In the coastal areas, the descendants of the Phoenicians, Romans, Normans, Andalusians and Turks live, who have completely mixed with the Arabs and Berbers. The Berbers, about 1% of the population, live in a few small communities in the mountains and on the island of Djerba. Until 1956, the year of independence, nomads or Bedouins lived in the south who lived from livestock farming. In the 1980s there were only about 1,000 left. The rest are now farmers or work in the tourist industry. Jews have always lived in large numbers in Tunisia. Few of them are left, about 2000, and most of them live on the island of Djerba. Also, of the many tens of thousands of Europeans who lived in Tunisia until 1956, very few remain. 69% of the population lives in the cities (2017). The young Tunisians in particular are moving to the cities in large numbers, causing the countryside to age seriously. Major cities in Tunisia are Tunis (2.3 million inhabitants), Kairouan and Sousse.