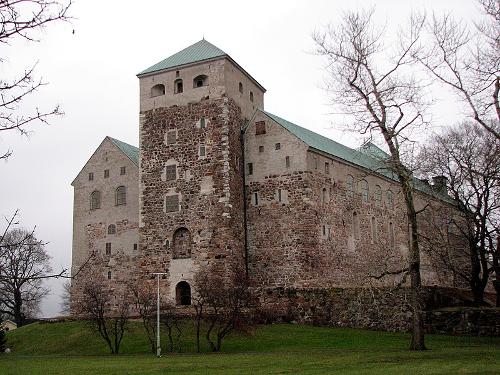 The Finns are descended from the nomads who lived in the steppes between the Middle Volga and the Urals. In the first centuries of our era they invaded their current habitat from the area south of the Gulf of Finland. In the 8th century three tribal states were formed: Suomi, Tavastenland and Karelia. The mutual pillage between Finns and Sweden came to an end with three crusades of the Swedes between about 1150 and 1300, after which fortifications were built, Christianity was introduced and especially the east coast of the Gulf of Bothnia was colonized. The area became a Swedish duchy, later a grand duchy. Sweden did not treat Finland as a conquered country, but as a Swedish province. 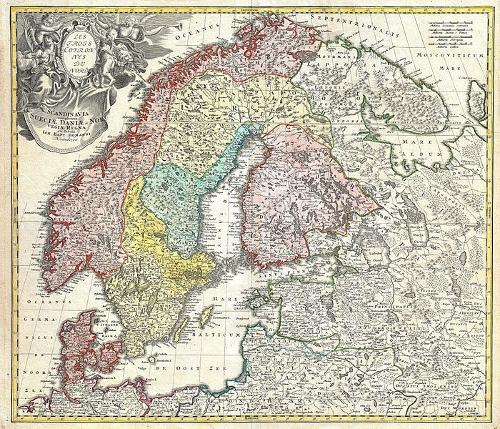 In the 16th century, Finland was constantly under attack by Danes and Russians. In 1700 the great Northern War broke out in between Sweden and Russia. Finland became the battlefield and many Finns died of war, plague and hunger. Another war (1808-1809) between Sweden and Russia ended with the annexation of Finland by the Russians. Tsar Alexander I convened the Finnish Diet and promised to respect religion, its own laws and rights. The country became a constitutionally ruled grand duchy, in which a governor-general represented the tsar. In 1863, Finnish was admitted to administration and jurisdiction alongside Swedish. In 1863, the Finnish National Day was convened for the first time since 1809, which in the future would happen at least every five years. At the turn of the century little was left of the limited autonomy. In 1899 the Finnish Landdag lost its powers and in 1901 the Finnish army was abolished. Russian also became the official language.

First half of the 20th century 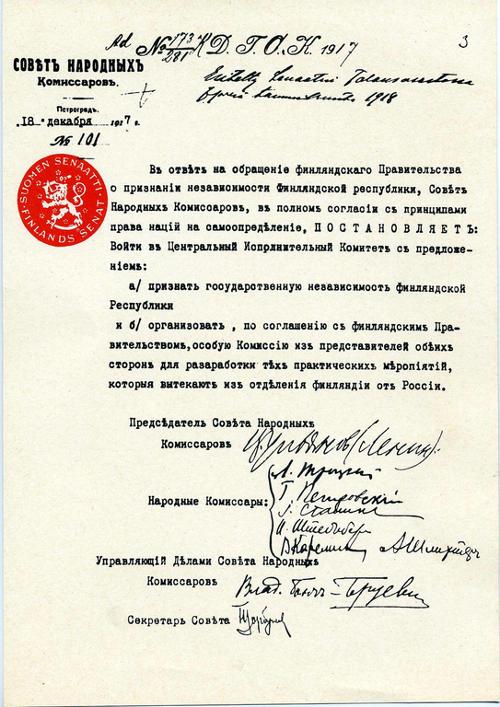 Declaration of Independence of Finland by the BolsheviksPhoto: Public domain

The Russian defeat in the war against Japan (1904-1905) and the subsequent domestic unrest in Russia led to reforms in Finland as well. Finland was given a democratically elected Diet and women were the first in Europe to receive political rights. However, another repression of the Russians followed in the years 1908-1910. However, after the October Revolution of 1917 in Russia, the right, with the support of Germany and Sweden, declared full independence (Dec. 6, 1917). Political struggles led to a real civil war in 1918 that took the lives of tens of thousands of Finns. New elections resulted in a republican majority in the Reichstag. After a brief regency of Mannerheim, the republic was thus a fact (July 1919) and peace was made with the then Soviet Russia in 1920. 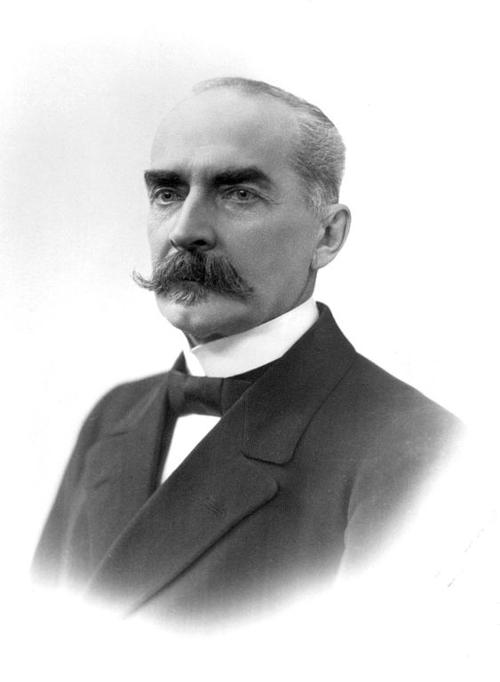 Karl Juho Ståhlberg became the first president. The contradictions from the Civil War peaked again in 1929-1930. After a wave of strike, the fascist-tinted Lappo movement demanded a ban on all communist activities. However, a coup by one of the Lappo leaders, General Wallenius (March 1932), was nipped in the bud, after which the movement was banned. However, because the major bourgeois parties were severely divided over economic policy, the formation of a stable government was impossible. The country was put back on the democratic path by a minority government of the small (liberal) parties, with the support of the social democrats. In 1937 the left was accepted as a partner for the first time in Finnish politics. In September 1939 the Winter War between the Soviet Union and Finland broke out. The Russians claimed parts of Eastern Finland and wanted to lease a naval base. In the Winter War, Finland had no chance and in the peace of Moscow, the Soviet Union got even more than it imagined. In June 1941, Finland, along with Germany, again attacked the Soviet Union. In August 1944 the Reichstag elected Marshal Mannerheim as president and after heavy fighting he separated Finland from Germany and signed an armistice with the Soviet Union (19 September 1944). From 1944, Finland has a new policy towards the Soviet Union. From 1944, the aim was to prevent other states from interfering with the Finland-Soviet Union relationship. In 1948 a Treaty of Friendship, Cooperation and Mutual Assistance was signed with the Soviet Union.
In 1945, the popular democrats (communists) came out strong in the elections. The People's Democrat Pekkala became Prime Minister. After the coup in Czechoslovakia (1948), the communists lost a large part of their support.

Second half of the 20th century 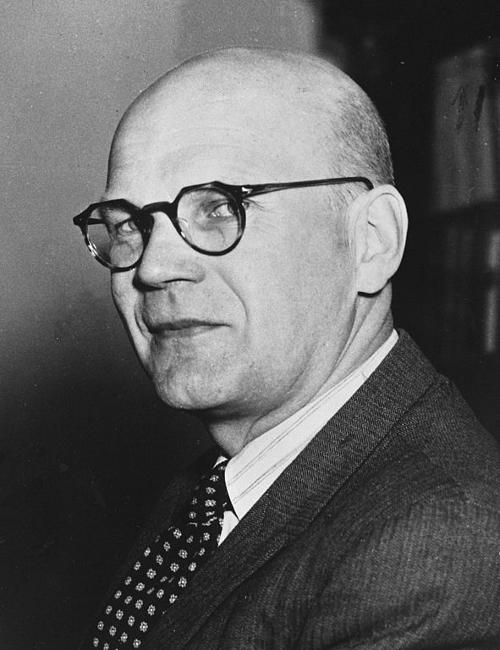 Minority governments of Social Democrats and agrarians alternated in the fifties and sixties The 1970s were characterized by rapidly successive cabinets of varying composition (13 governments in 10 years). All governments faced large trade deficits and unemployment. Kekkonen, in 1956 to prelected esident, maintained a virtually untouchable position for years. After he was re-elected in 1962 and 1968, an exceptional law automatically extended his term of office for four years after 1974. In 1978, the 77-year-old president was re-elected without much struggle, as all major parties supported his candidacy. On October 27, 1981, Kekkonen resigned for health reasons. He was succeeded by Prime Minister Koivisto. He resolved the Finnish-Soviet-Russian issues and succeeded in further developing Finland's trade policy interests in Western Europe. In 1987 Finland got a conservative prime minister, Holkeri, for the first time since World War II. In March 1992 Finland applied for EC membership. Earlier, on Jan. 1992, Finland signed a treaty of friendship with Russia. This treaty was a revised version of the 1948 treaty between Finland and the Soviet Union, which provided for an obligation of mutual assistance on the part of the two countries if one of them was attacked. This obligation disappeared in the new treaty. After a very deep recession, into which the country found itself after 1990, the economic recovery continued in 1994. The conservative government continued its liberalization policy, despite often strong resistance. Rapprochement with the West also remained a factor in Finnish politics, leading to EU membership in January 1995.

After the March 1995 parliamentary elections, the Social Democrat Lipponen returned. In order to gain as much support as possible for the further recovery of the economy, he formed a five-party coalition, which could count on broad support from the parliament. In October 1996, the government decided to transfer the Finnish mark to the European Monetary System (EMS). 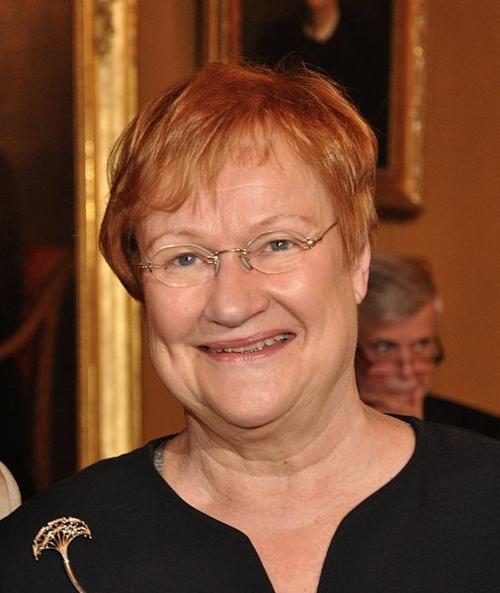 In February 2000, Finnish Foreign Minister Tarja Halonen won the Finnish presidential election. She thus became the first female head of state. The Social Democrat won 51.6% of the vote, while Liberal opposition leader Esko Aho was stuck at 48.4%.
General elections were held in Finland on March 16, 2003. The liberal Center Party won 55 seats in parliament, while the social democratic party got stuck at 53 seats. Together with the Swedish People's Party (Liberal), which represents the large Swedish minority in Finland and obtained 8 seats, these three parties form the new government. The new cabinet is based on 117 seats in the 200-member parliament. After a short interim period, Matti Vanhanen (from the Center Party and former Minister of Defense) was appointed Prime Minister of Finland on June 24, 2003, succeeding Paavo Lipponen of the Social Democratic Party.

The The main objective of the new government is to reduce unemployment (still around 9 percent). The three parties have agreed, among other things, that during their four-year term in office, taxes will be reduced by 1.12 billion euros, with an emphasis on lowering income taxes. Reductions will also be implemented in corporate tax. The new government hopes to create 100,000 new jobs during its term of office. Training the long-term unemployed will receive more attention. For parents with children under the age of 10, better opportunities will be created to work shorter hours. Finally, an immigration program will be drawn up regarding an imminent future labor shortage.

On April 22, 2003, the former MP Paavo Lipponen was elected the new Speaker of the Finnish Parliament, the 'Eduskunta'. In that position, he plays a more active role in Finnish politics than his predecessors.

The European elections of 13 June 2003 in Finland, with a turnout of 41.1%, yielded few surprises. The result gave a stable picture: three of the 14 seats for the Social Democrats, and four for both the liberal Center Party and the conservatives. The main opposition party, the Conservatives, received the bulk of the vote (23.7%).

In October 2004 municipal elections, the Social Democrats gained ground at the expense of the liberal Center Party. New presidential elections are scheduled for 2006. President Tarja Halonen is still very popular with the population and she is expected to be re-elected for a second term. 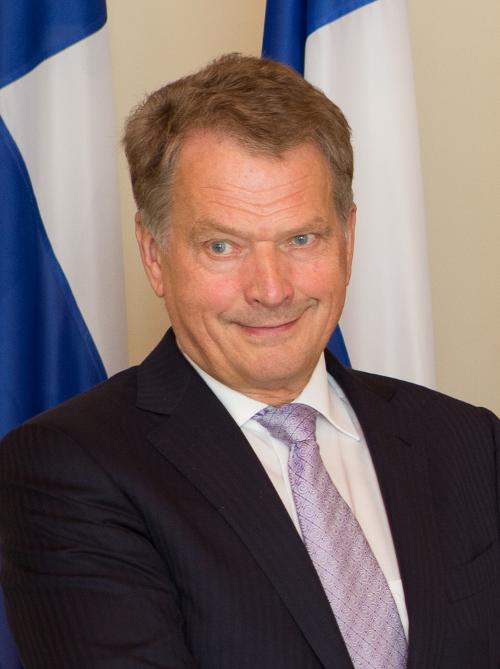 In April 2011, the center-right national coalition party becomes the largest in parliamentary election to sing. In June, Jyrki Katainen will form a new government including the far right Finns party. In February 2012, Sauli Niinisto becomes the first Conservative president since 1956. In June 2014, Alexander Stubb becomes the new Prime Minister, succeeding Jyrki Katainen who gets a job with the EU. In April 2015, Juha Sipila's center party wins the elections and he becomes the new prime minister. In October 2016, Finland signed an agreement with the US on better military cooperation in light of growing unrest over Russia's actions towards the Baltic states. In December 2017 Finland celebrates 100 years of independence. Niiniso won a second term in the 2018 election. Social Democrat Sanna Marin took over as prime minister of a centre-left coalition in December 2019, after her predecessor Antti Rinne resigned over his handling of a postal strike. Mr Rinne, the leader of the Social Democratic Party, had come to power in June 2019 after defeating the centre-right government in April elections. In December 2019 Antti Rinne resigns over handling of postal strike, and is succeeded by fellow Social Democrat Sanna Marin.