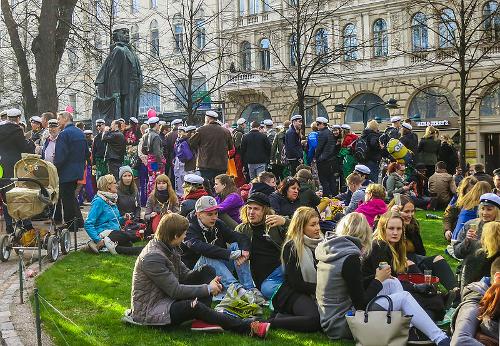 Finnish students in HelsinkiPhoto:Ninaras CC 4.0 International no changes made

Two peoples live in Finland, Finns and Lappen or Samen. Finland has 5,2518,371 inhabitants. (2017) It is one of the most sparsely populated countries in Europe, only 16.4 people per km2. Lapland is the least populated with 2 to 3 people per km2. More than half of the population lives in the south, in an area that only covers one tenth of Finland.

About 93.4% of the population are Finns and about 5.6% Finnish-Swedes. Since 1900, the birth rate has declined, as has the death rate, but since the mid-1980s these have been rising again. The birth rate, 10.7 per 1000 inhabitants, is one of the lowest in the world (2017). Between 1945 and 1978 more than half a million Finns emigrated, of which about 300,000 to Sweden. In total, about 1.1 million Finns live abroad. About 3000 Lapp speakers live in Northern Finland. In 2017, approximately 84.5% of the population lives in cities. Of the 46 cities, 22 are located in the coastal regions. The three largest cities are Helsinki, the capital, Tampere and Turku. For years there has been a migration to the cities and therefore few Finns live in the countryside. 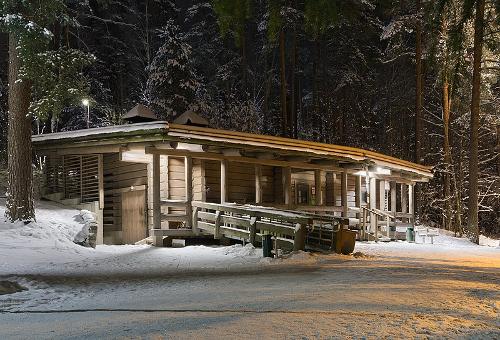 The sauna has an important social function in Finland. It is originally a Finno-Ugric tradition and related to body culture and hygiene, as well as ancient religious traditions and myths. The sauna is a necessity of life for the Finns. Finland has about one and a half million saunas.