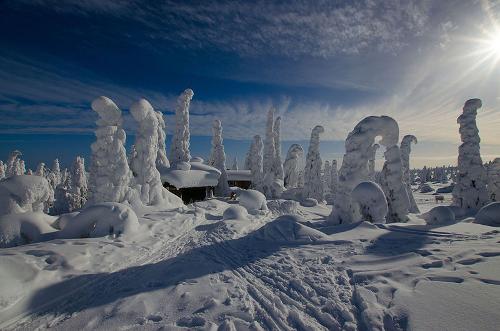 Winter in FinlandPhoto:Tero Laakso CC 2.0 Generic no changes made

Finland has a moderate continental climate with the main characteristics of precipitation in all seasons and notable differences between summer and winter temperatures. For example, the southern capital Helsinki has an average summer temperature of 17°C, and the northern city of Rovaniemi 15°C. However, mean winter temperatures differ by six degrees, Helsinki -6°C and Rovaniemi -11°C. The big differences in winter are due to the freezing of the Gulf of Bothnia. Lapland has a tundra climate with very low temperatures as low as -40°C. The most rain falls in October and November, the Finnish summer from June to August is generally dry and sunny. In the south there is an average of 650 mm. The south is covered with snow for about four months, the north about seven months. The number of snow days varies from 100 in the south to 200 in the north. 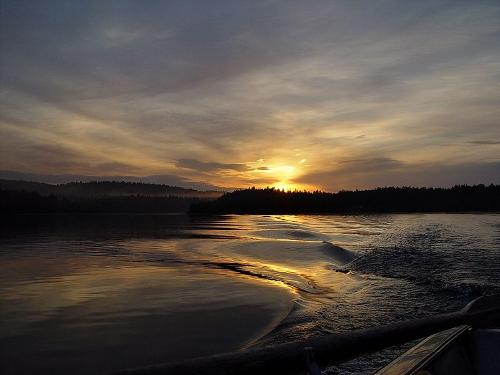 A special phenomenon is the midnight sun. When at the highest latitudes during one day a year the sun is also visible at midnight, we speak of the midnight sun. The polar day, the period in which the sun does not set at night, lasts longer from the Arctic Circle to the poles. At the north and south poles, the polar day lasts about six months: the summer six months. In the winter half year, during the polar night, the sun does not rise in the polar regions for weeks. The longest summer day in Utsjoki in Lapland lasts two months. But even further south it does not get completely dark in the summer night. The days are separated by a few hours of twilight. 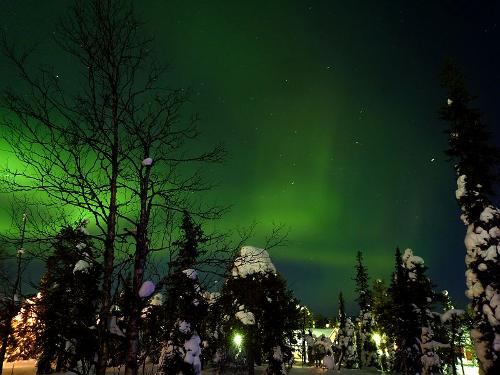 Another very special natural phenomenon is the aurora or northern lights. It can be seen in the long and dark polar night. The aurora is created because electrical particles from sunspots are deflected to the North and South poles by the magnetic field of the earth. This causes atomic particles to glow again in the higher air layers. This produces a spectacular light in the form of bands, arcs and rays.