Egypt was a monarchy until 1952. At the moment Egypt is a presidential republic with a democratic, socialist system, but with a president who has many powers. There is freedom of worship, expression, assembly and education. Legislative power is vested in a bicameral parliament.

The People's Assembly (Majlis ash-Sha'ab), with a term of five years, consists of 454 members, 444 of whom are elected in general elections, and the remaining 10 are appointed by the president. Most of the representatives come from the 176 constituencies, each of which elects two deputies. At least one of these must come from farmers 'or workers' circles. In addition, a third delegate, a women, is elected in about 30 districts. Members of parliament must be at least thirty years old.

In addition, there is the Consultative Council (Majlis ash-Shura) with 210 members, 70 of whom are appointed by the President and the rest are directly elected. The president must be born of Egyptian parents and must not be under the age of 40. 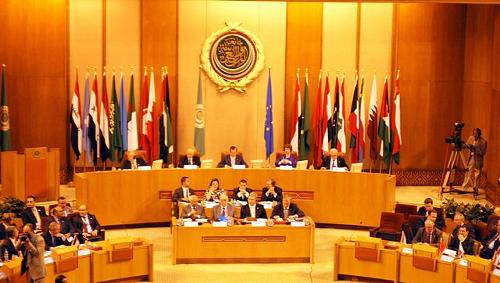 Executive power rests with the president and the cabinet. The president is elected for a six-year term by two-thirds of the parliament, and may be re-elected. This choice must be confirmed by a national referendum. The president appoints one or more vice presidents and ministers, is commander in chief of the military and can declare emergency measures.

Despite the cautious democratization under Mubarak, political life and civil liberties are still constrained and curtailed. Many associations and groups are excluded from political participation and if they do not follow the rules, they risk being banned. Notorious is the "Law of Shame" which prohibits the publishing of articles or writing books that "damage the image of Egypt". Censorship is therefore normal in Egypt. For the current political situation, see chapter history.

Egypt is administratively divided into 27 "muhafazat" or governorates. The governorates, which are divided into districts and municipalities, are headed by a governor appointed by the president.

From 1962 onwards, every influence in the political system was linked to membership of the ASU, the Arab Socialist Union, ex-President Nasser's party. However, in 1976 the ASU lost its monopoly position and other political parties were allowed. In 1980, the ASU was even abolished after a constitutional reform and Egypt got a purely multi-party system. The current ruling party, the National Democratic Party (NDP), led by President Hosni Mubarak, is the successor to Nasser's ASU. 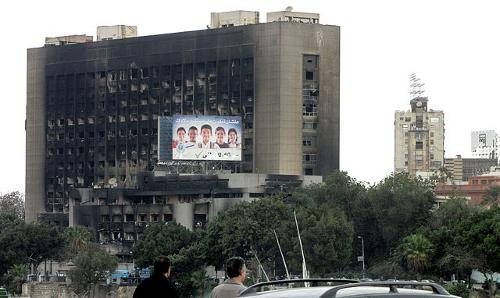 After the revolution of 1952, the school system was radically renewed, whereby the general compulsory education was included in the constitution from the age of six.

Education in Egypt is free and compulsory up to the age of twelve (since 1923), but many children, especially in rural areas, receive little or no education. Many children have to help out on land. About 80 to 90% of the children go to school at the age of six, but unfortunately about 30% leave school again within a few years. As a result, the number of illiterate people is high, especially among women.

With new rural schools being added every year, there is an increasing shortage of qualified teachers and modern teaching materials. Due to the rapid population growth, lessons are sometimes taught in two or three "shifts".

After primary school there are three more years of secondary education; successful completion of this entitles you to enroll at one of the twelve universities in Egypt.

There are also several so-called "Training Centers", a type of vocational education where professionals are trained in different areas. These training centers come under different ministries. 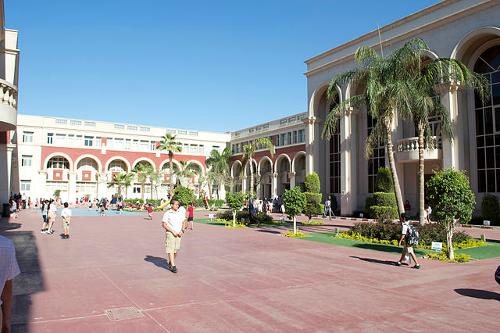 The planned reorganization of the education system involves an increase in compulsory education from six to nine years, including extensive technical training. This is to prevent a future shortage of skilled workers.

Al-Azhar University is one of the oldest universities in the world. The al-Azhar was founded as a mosque in 972, but developed into a theological university as early as 975. Initially under the Fatimids, it was a Shia university that could provide a response to the Sunni Abbasid caliphs in Baghdad. After the fall of the Fatimid Caliphate, al-Azhar was transformed into a Sunni university. 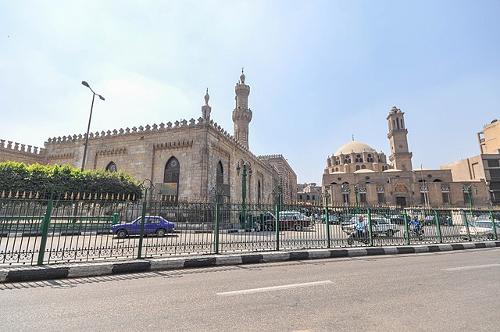 Within the Sunni world, the al-Azhar is highly prestigious and Muslim students from all over the world attend university. Nasser has attempted to transform al-Azhar from a purely theological university to a general university. This has been partially successful, the university currently also has modern subjects such as "medicine" in its package.

Pyramids in ancient Egypt are basically the superstructure of a king's tomb, built on a square ground plan and consisting of four flat sides converging in a point. The dimensions of the various pyramids differ, as well as the way in which the corridors, (tomb) chambers and other rooms and the false doors were installed in the interior. The material of the pyramids is mainly local limestone, covered with finer white limestone and granite from elsewhere. For the top, a separate block ("pyamidion") was usually used granite, sometimes covered with gold. The pyramids were the central structure in a complex, which further included a temple for the death cult of the dead king. 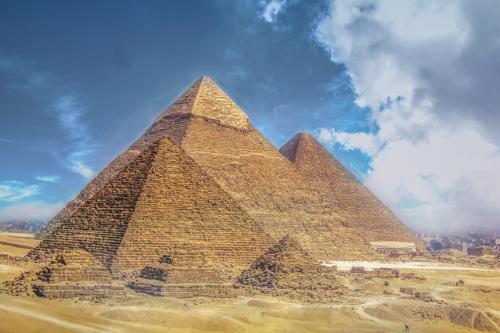 All of Egypt's pyramids are located west of the Nile, on a plateau on the eastern edge of the Libyan Desert. Egypt currently has 88 pyramids, of which 43 are royal tombs. The oldest and largest pyramid in Egypt is that of Cheops. This pyramid consists of about 2.3 million pieces of limestone, each weighing about 2.5 tons (6.1 million tons in total). Originally the pyramid was 147 meters high, but because the shiny outer layer has been lost, the pyramid is now 137 meters high.

Despite fierce opposition from the fundamentalist quarters, professional belly dancers are popular with both men and women. Grave reliefs from Pharaonic times depict naked dancers whose movements can be explained as a belly dance ("raqs shjarq"). Belly dancers are often the main attraction at weddings and parties, and the dances are often a combination of folkloric, gypsy and Ottoman dances. The dancers themselves prefer to speak of oriental dances. Belly dance costumes are studded with sparkling sequins, pearl necklaces and rhinestones. The belly dancers are accompanied by musicians with flutes, drums and lutes. 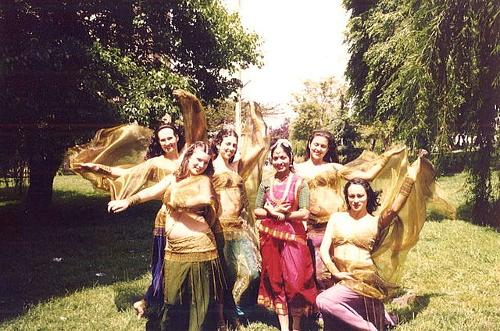 The first dam was built by the British between 1899 and 1902, then the largest dam in the world. The 30-meter-high dam was initially not high enough and was raised several times until it was raised to a height of 42 meters in 1933.

The new dam, Sadd al-Ali, is located seven kilometers south of the old dam from 1902. In 1955 the development of the building plans started, initially under the guidance of America and England, who also financed the construction. However, when Nasser nationalized the Suez Canal in 1956, the Western powers pulled out. Russia then offered to build and finance the dam, and construction of the massive dam actually began in 1960. In 1970, the work was completed by 35,000 personnel led by some 800 Russians.

The top length of the dam is 3600 meters with an upper width of 50 meters. The height above the river bed is 110 meters and the dam raises the water to 61 meters, from 121 to 82 meters above sea level. 42 million m3 of stone, sand, rock and clay were used for the construction of the dam, which was anchored in the former river bed by a 155 meters deep underground 'curtain' to prevent the dam from being damaged from below and ultimately would wash away. 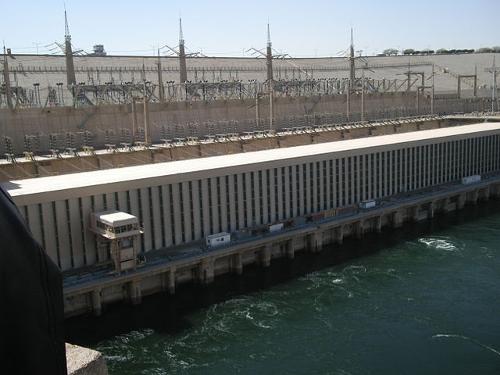 Lake Nasser, with a length of 500 kilometers, was created behind the dam, one third of which is on Sudanese territory. However, the construction of the dam was very negative for Nubian culture. With the flooding of their villages and land, the Nubians lost an integral part of their cultural identity. Together with UNESCO, many monuments were moved to higher parts, including the rock temple of Abu Simbel. Another disadvantage is that the Nile does not leave nearly as much fertile silt as usual.

The ancient Egyptians believed in eternal life after death, which meant, among other things, that the body of the dead was mummified for reunion with the soul in the afterlife.

Real mummification started in the 4th Dynasty with the development of artificial embalming techniques. During the mummification the body was stripped of organs and entrails by special priests, except for the heart. The body was then dehumidified with the help of sodium hydroxide (a natural mixture of sodium salts) and filled with, among other things, myrrh, cinnamon, sand, clay and sawdust and bandaged. Amulets were placed between the bandages.

This entire process took between forty and ninety days. Finally, the mummy was given a painted mask, made of linen and plaster and sometimes gilded. This death mask was placed on the mummy to help the soul of the dead person recognize the body. The body was then placed in a wooden mummy box or a stone sarcophagus. Often the dead was placed in one or more mummy boxes and then placed in a sarcophagus. These chests or sarcophagi could be rectangular or shaped like the mummy. The organs and intestines (liver, lungs, stomach, intestines) were separately preserved and kept in its own vase "canope". 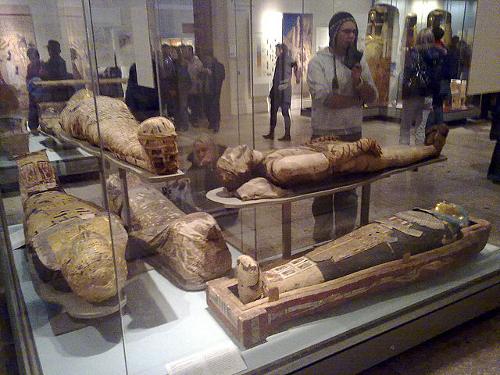 Egyptian mummies in the British MuseumPhoto: Bram Souffreau CC 2.0 Generic no changes made

According to the Egyptians, something special happened to the heart. A jury of gods presided over the ceremony, deciding whether the deceased deserved eternal life. The jackal god Anubis weighed the heart against the "feather of truth." If the heart was too heavy, it was given to the sample Ammoth, who then ate it. In equilibrium, the dead lived forever.

In addition to important worldly possessions, the mummy was usually buried with grave objects, such as the aforementioned amulets, a number of "Shabtis" statues and a model boat to take the dead to Abydos, the home of Osiris, god of the underworld.

Natural mummification took place in simple sand graves. The sand absorbed the body fluids, drying out the corpse and preserving the tissue.