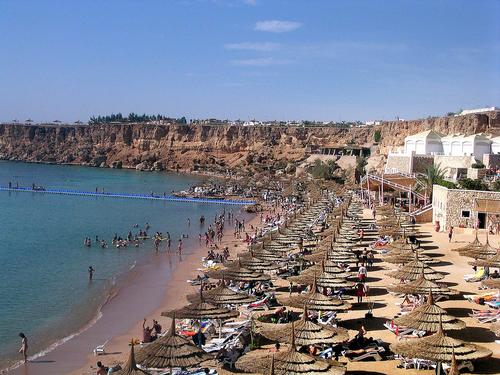 Sharm el Sheikh is a beautiful coastal city in the very south of the Sinai peninsula. The holiday paradise has a rich history, wonderful climate, beautiful beaches, great resorts and the most beautiful diving spots in Egypt. These circumstances tempt more than a million foreign tourists every year to holiday in Sharm el Sheikh. A gigantic number for a city of just over 35 thousand inhabitants. 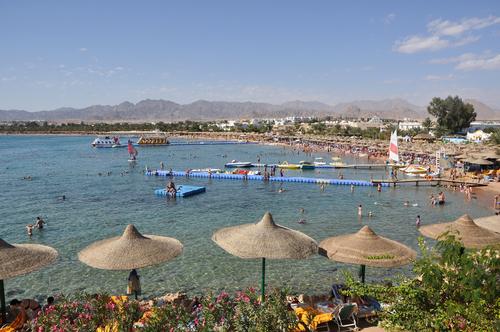 Sharm el Sheik is located directly on the lovely Red Sea and is a "two-continent point", as it were. Africa and Asia come together here. Here is also the famous sea passage "Straits of Tirans". The town also forms an urban area together with Naama Bay, Shark's Bay and Montazah, among others. Also nearby is the famous Ras Um Sid cliff.

A much more attractive climate than the climate of Sharm el Sheikh is almost impossible to find. The sun shines for at least eight hours every day and even thirteen hours a day in the summer season. There is hardly any precipitation and the sea is always warmer than twenty degrees. The tourist high season here is in the months of October to April. Then it is on average in the late twenty degrees Celsius. In the months of May to September it will soon reach forty degrees.

Sharm el Sheikh was a small fishing village with barely a hundred inhabitants until the occupation of the Sinai Peninsula by Israel in 1967. Tourism has taken off under the wing of the Israelis. After its withdrawal in 1982, the Egyptian government has continued to develop tourism in Sharm el Sheikh. In its current setting, the city is one of Egypt's most popular destinations.

Former President Mubarak had a fondness for Sharm el Sheikh. That's why he held all kinds of peace conferences in the city. Thus the nickname "city of peace" came about. The history of Egypt is extensively described on the Egypt page of Landenweb. 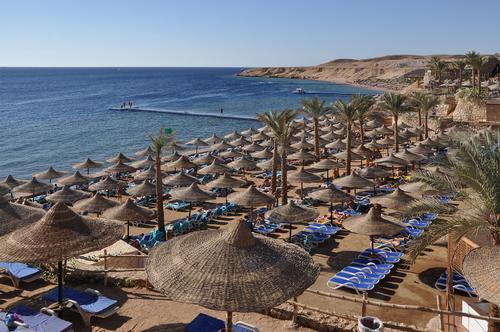 The tourist paradise offers a wide variety of attractions. The most attractive are of course the yellow golden beaches. With more than 250 different types of coral rocks and at least 1000 fish species, the underwater world here is unparalleled. The famous Shark Bay is one of the most beautiful spots in the world. 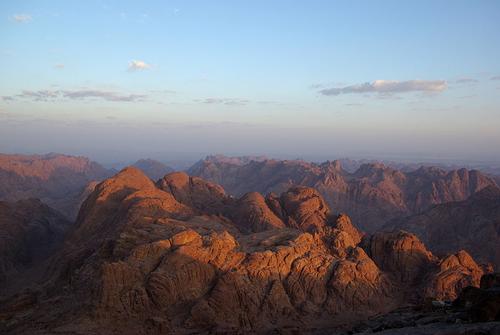 Furthermore, the beautiful mountain ranges offer a great view. Mount Sinai is the name of a group of peaks known as the Holy Mountains. It is also the biblical name of the peak where Moses received the 10 Commandments. Mount Moses is considered the place where Mohammed's horse ascended to heaven, which means that the place also has religious significance for Muslim believers. The peak can be reached by climbing stairs to the top, or by following a winding road that runs east of the monastery. The stairs lead past the Fountain of Moses. You will also find wild gazelles, reptiles and many more animal species along the way! 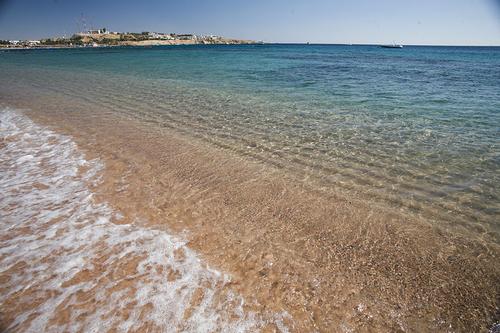 If you can't get enough of the natural beauty, then a visit to Naama Bay is recommended. This beautiful location is one of the major tourist attractions in the area. The bay offers beautiful views, a myriad of tropical fish, plenty of water sports and plenty of wildlife. Naama Bay is very well maintained and the development has not affected its character and natural beauty. In addition to nature, Sharm el Sheikh also has a rich culture. The world famous Katharina Monastery is located on the east side of the city. The spiritual structure is still inhabited by 22 Greek Orthodox monks. The beautiful historic chapel of the burning bush is at the top of the monastery. Construction started in the 6th century AD under Empress Helena, Constantine's mother. The chapel and the relics in it are considered the spiritual heart of the monastery.

A visit to "the burning bush" is high on the agenda of visitors to Sharm el Sheikh. Here God first spoke to Moses according to the Bible. The blackberry was replanted in the 10th century. Due to its secular and religious fame, this place has become one of the most visited and photographed sights in the entire city 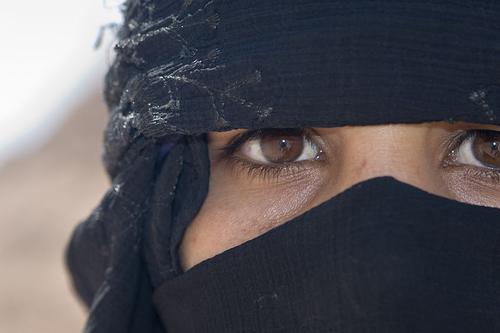 A visit to the desert is guaranteed to be an unforgettable experience. Trips to the Bedouin (desert dwellers) and the beautiful Colored Canyon leave regularly. It is also nice to explore the desert with a guide. Scuba diving or snorkeling is one of the things you must do when you go to Sharm el Sheikh. The coral reefs are indescribably beautiful. The Ras Mohammed Natural Park can be found on the southern tip of the Sinai Peninsula, 20 km from the center of Sharm el Sheikh. The park was established in 1983 to protect the coral reefs and divers and snorkelers alike can swim here through the spectacular underwater scenery.