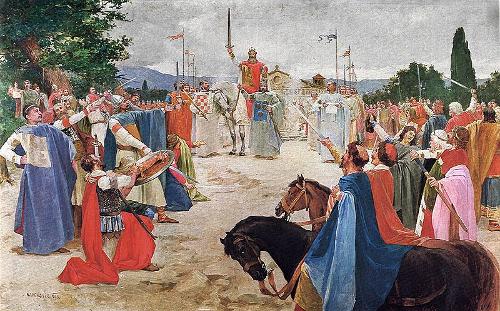 The crowning of the Croatian king TomislavPhoto: Oton Ivekovic in the public domain

The Republic of Croatia comprises the historical areas of Croatia-Slavonia and a large part of Dalmatia. Today's Croatia was inhabited by Illyrians in ancient times. It was incorporated into the Roman Empire by Octavian as Pannonia in 35 BC. After the division of this empire it belonged alternately to the western part of the Roman Empire, the Ostrogothic and the Byzantine Empire. In the 7th century it was conquered by Slavic tribes. The political history and Christianization from the north (so that not the Cyrillic, but the Latin alphabet was adopted) caused a separation of the tribal South Slavs in Serbia. Croatia became independent under Prince Tomislav (king in 924). Venice conquered the coastal area. The influence of Italian architecture is still visible in Croatian coastal towns. 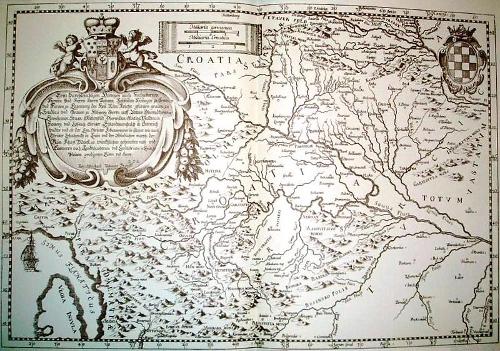 Map of Croatia in the 17th centuryPhoto: Public domain

In the 16th and early 17th century, the Turks took over a large part of Croatia (present-day Bosnia). The coastal towns and islands remained in the hands of the Venetians. In 1699 Croatia fell into Austrian hands. In 1779 it was administratively added to Hungary. Partly under the influence of the French Revolution, a national movement emerged, whereby most of Croatia (excluding part of Dalmatia) was annexed to the Hungarian empire. This movement was mainly aimed against Budapest. In 1868, Croatia was granted some degree of autonomy. During the First World War, part of the Croats chose a Yugoslav kingdom under the Serbian dynasty. The Croatian struggle against the centralism and bureaucracy of Belgrade was mainly waged by the Croatian Peasant Party. In addition, there was the extremist Ustasa movement, which was supported by Italy and Hungary and responsible for the murder of King Alexander in 1934. 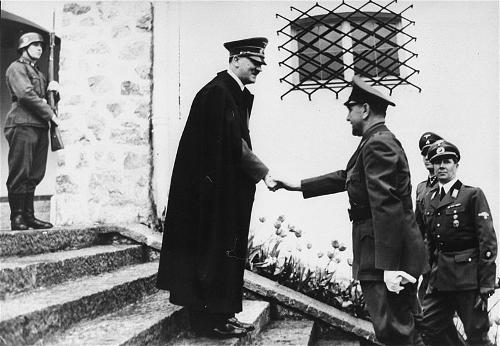 The German attack in 1941 took a wait-and-see approach. Italian Ustasa leader Ante Pavelic became Prime Minister in April 1941. For some time, Pavelic enjoyed wide recognition. With the help of some of the lower Roman Catholic clergy and of Bosnian Muslims, terror was waged against the Orthodox. Pavelic's regime was also characterized by maladministration. The Croatian militia proved unreliable, many people turned to the partisans under the Croat Josip Broz Tito. Pavelic and some of them fled the country in May 1945.

From Yugoslavia to Croatia 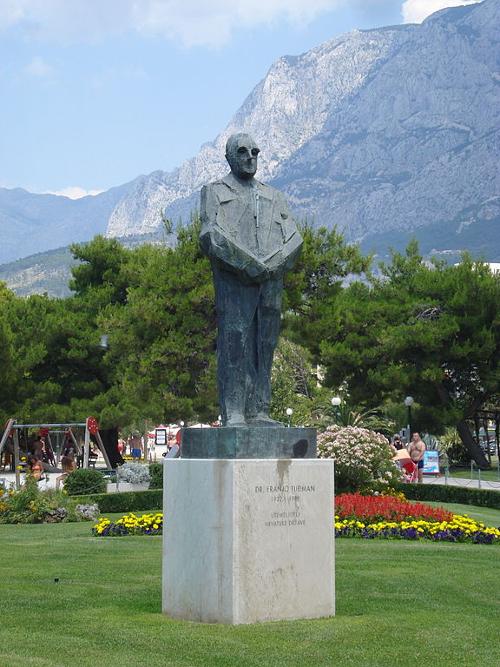 After this, Croatia is again part of the federation of Yugoslavia. At the end of the 1980s, the traditional contrasts between different population groups increased again. After Slobodan Milosevic took office in the republic of Serbia and after Serbia seemed to take control of Yugoslavia further, the unrest and political tensions also spread to Croatia. Croat nationalists meanwhile openly campaigned for greater independence. A new electoral law was introduced in 1989 and Croatia declared itself sovereign in December 1990.

Croatia was recognized as an independent state by the European Community on January 15, 1992. Germany, Hungary and Italy were the first states to establish diplomatic relations. The president of the new republic became Franjo Tudjman, leader of the ruling Croatian nationalist party HDZ (Hrvatska Demokratska Zajednica, the Croatian Democratic Union). During the war for the Croatian territories (Krajina) claimed by Serbs, Croatia lost a third of its territory to the Serbs.

A number of cities located there, including Vukovar and Osijek, have been severely destroyed. The Serb-occupied areas in Croatia were: Krajina, West Srijem, Baranja, West and East Slavonia. On the other hand, Croatia became increasingly involved in the war in Bosnia and Herzegovina. Croatian militias there initially fought with the Muslims against the Serbs. In January of the same year, the Croatian armed forces launched an offensive against the Serb positions in the Knin region. This led to fierce condemnation from the international community, which feared a further escalation of the conflict.

Economic reforms and corporate privatizations led to chaos, characterized by corruption, financial scandals, high inflation and high unemployment. Politically, relations with the Bosnian government improved in 1994, resulting in effective cooperation during the autumn offensive against the Bosnian Serbs.

In the peace agreement for Bosnia and Herzegovina, concluded in November 1995 by the presidents of Bosnia, Croatia and Serbia in Dayton, USA, Croatia had to make important concessions in the form of returning conquered territory to the Serbs.

The Dayton Agreement opened the way for better relations between Croatia and Serbia in 1996. This resulted in establishing diplomatic ties.

The HDZ remained in power until 1999, the year in which Tudjman died. After this, the HDZ suffered a crushing defeat. 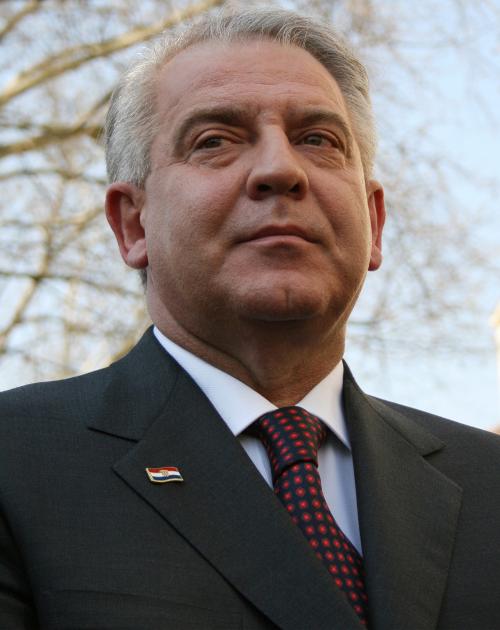 Now a coalition of six parties rules, the most influential of which is Prime Minister Ivica Racan's SDP. The president of Croatia is Stjepan Mesic. The death of Tudjman and the subsequent victory of the moderate opposition in the parliamentary elections paved the way for a new political course. This new policy was implemented by the cabinets Racan I and II (Social Democratic Party). In 2003 the HDZ, the party that had by now clearly marked the end of the Tudjman era and was sailing a pro-Western course, came back to power. Full integration in Euro-Atlantic structures was the motto. Despite the fact that the ruling party HDZ remains the largest party, it was considered a loser in the local elections in May 2005, because it had to give up government in a number of provinces and cities. After the death of Tudjman and the formation of the new coalition, Croatia is gaining international prestige. On 7 November 2007, the European Commission released a report on the progress of reforms in Croatia. As progress has been made, Croatia is increasingly becoming a serious candidate for accession. For example, the country has implemented reforms in public administration and amended laws and regulations.

Croatia has also continued the fight against corruption. Croatia has taken further steps to address the problems with minorities and refugees. Further progress is still needed in these areas. The country is fully cooperating with the Yugoslavia Tribunal. However, the increased imbalances in the trade and balance of payments still pose a threat, according to the Commission.

Elections will be held in November 2007, with the HDZ winning the most seats. In January 2008, a new coalition cabinet, led by Ivo Sanader, takes office.

The European Commission expects to complete negotiations with Croatia on accession to the EU in 2009. In 2009, a conflict with Slovenia on borders threatens the negotiations. In April 2009, Croatia officially becomes a member of NATO. In June 2009, the EU delayed negotiations with Croatia due to the lack of progress in the row with Slovenia over exactly where the border is located. In July 2009 Santander unexpectedly resigned and the parliament elected Jadranka Kosor as his successor. In January 2010, Ivo Josipovic wins the presidential elections against the Social Democratic opposition. Slovenia agrees in June 2010 to allow international arbitration to resolve the border dispute between Slovenia and Croatia. In April 2011, two important Croatian generals, Ante Gotovina and Mladen Markac, were convicted by the tribunal in The Hague. Negotiations for accession to the EU will be successfully concluded in the summer. 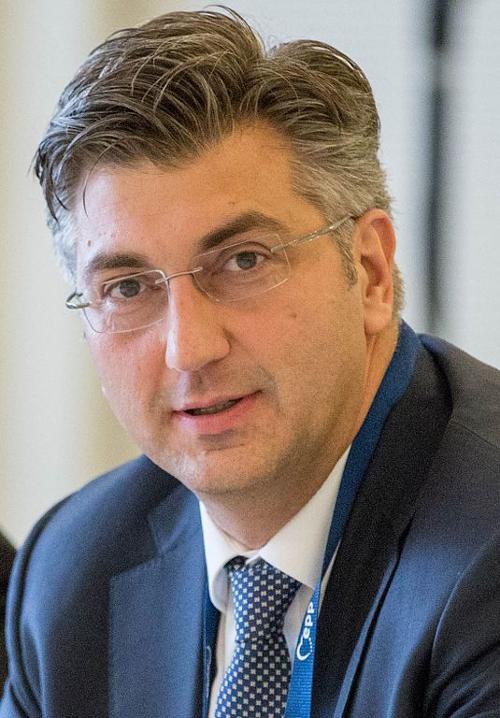 In the December 2011 parliamentary elections, center left wins, Zoran Milanovic becomes prime minister. The Croatian people agree to join the EU by referendum in January 2012. In July 2013, the time has come for Croatia to join as the 28th member of the EU. In January 2014, the finance ministers of the EU started procedures to get Croatia to reduce the government deficit within the set limits. In March, the court sentenced former Prime Minister Ivo Sanader to 9 years in prison for corruption. In January 2015, moderately conservative Kolinda Grabar-Kiratovic becomes Croatia's first female president. General elections are held in November 2015 with no clear winners, technocrat Oreskovic becomes prime minister in January 2016. In June 2016 his government falls and in the September 2016 elections HDZ wins the most seats. A center-right coalition led by Andrej Plenkovic takes office in October 2016. Kolinda Grabar-Kiratovic lost the presidential elections in 2019, Zoran Milanovic is the new president

In March 2020, Croatia was hit by a magnitude 5.5 earthquake and dozens of aftershocks. The epicenter was located north of the capital Zagreb at a depth of 10 kilometers. There was one fatality and a few dozen (seriously) injured. It was the worst earthquake in Zagreb in 140 years. In the early elections of July 2020, the coalition held out under the leadership of Andrej Plenkovic.

Andrej Plenkovic was re-elected in July 2020. The main priority of Mr Plenkovic's government has been to tackle a struggling economy. As part of this, he has overseen Croatia's adoption of the euro as its currency, which takes place on 1 January 2023.