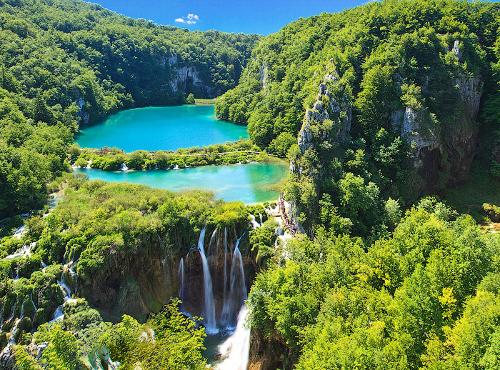 Tourism, especially on the Dalmatian coast with Dubrovnik as the main attraction, is starting to pick up again. In 1994 a modest 3.5 million foreign visitors visited Croatia. In the former Yugoslavia, Croatia contributed 80% of tourism revenues, so the prospects are favorable. In addition to historic cities and nature parks, the islands, coasts and thermal baths are popular. The Plitvice Park is perhaps the most famous, here 16 lakes are linked by beautiful waterfalls. 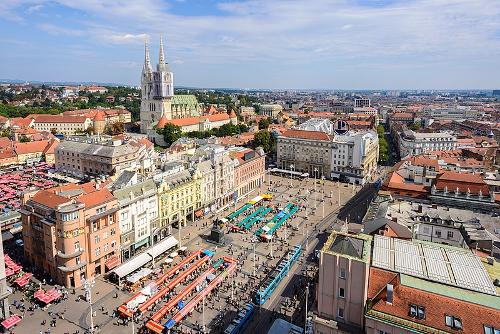 Zagreb is the capital of Croatia and the province of Zagreb. The city is located in the north of the country, close to the border with Slovenia. The Upper Town (Gradec) is the medieval part of the city of Zagreb. It is the most interesting part of the city: everywhere you can find traces of Zagreb's turbulent past. You enter the Old City through a stone gate, the only one of the medieval gates to have been preserved. There is a shrine for the Virgin Mary in the city gate. St. Mark's Square is the center of the Upper Town and is dominated by the beautiful Church of St. Mark from the 13th century. The most striking element of this church is the roof with colored tiles. Zagreb has a thriving café life and there are numerous terraces in the city center and far beyond. Read more about Zagreb. 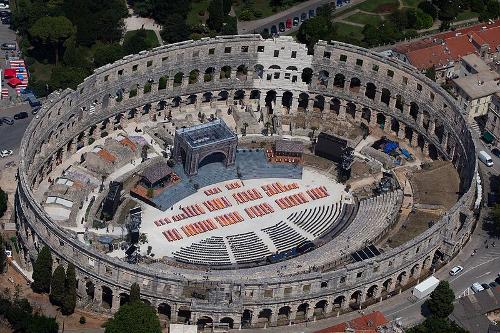 Pula is one of the most famous historical cities in Croatia. The biggest crowd puller of this city is without a doubt the impressive amphitheater. It was built in the first century and is amazingly well preserved. The amphitheater is still the stage for festivals, operas and concerts today and films are shown regularly. It seats 23,000 spectators and is a good example of how good the Romans were at designing amphitheaters. The temple of Augustus is also worth a visit. The temple was built under the direction of Augustus and he very modestly dedicated the sanctuary to himself. The temple consists of six columns. Under Byzantine rule, the temple was renamed a church. Next to the Augustus temple is the Gradska Palaca, or the town hall, which was built in 1296. This beautiful building must be held together with steel cables in order not to collapse. Both black and white truffles are found in the forests of Istria. If you want to eat special, it is absolutely advisable to eat a dish with truffles. Read more about Pula.

Porec is a tourist destination on the west coast of Istria. The Euphrasian Basilica is one of Porec's most famous historical sites. Since 1997, the basilica has even officially been a World Heritage Site. The basilica is named after Bishop Euphrates. The Byzantine style in which the basilica is made is truly breathtaking. You will find beautiful mosaics and impressive statues. There is an interesting natural sight about 6 kilometers from Porec. Namely the Cave of Baredine. Here you can see the most beautiful underground gems such as crystals, stalagmites and stalactites. In addition, the cave has a fauna that is found nowhere else in the world. The inner man does not lack anything in Porec. Just like in Italy, wine and olive oil are produced in the vicinity of Porec that are in no way inferior to the Italian varieties. The Croats themselves say that Istria's cuisine is based on fruits from the earth and the sea. Read more on the Porec page of country web. 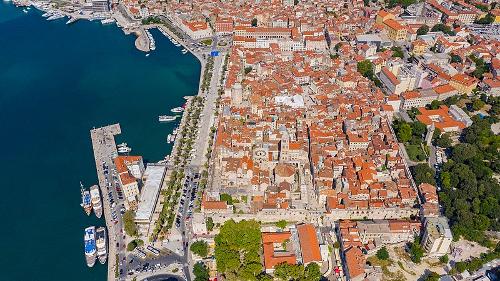 Split is an ancient port city centered around the huge Roman-era Diocletian's Palace. The city with its many bars, restaurants and souvenir shops is today very focused on tourism. Split is an important stop on an Adriatic Sea cruise vacation. There are a number of interesting islands nearby, which can be reached by ferry. The old town is full of old buildings and palaces. Split has a fantastic harbor area. In recent years, Split has invested a lot of money to re-present itself, the Riva boulevard is a good example of this. 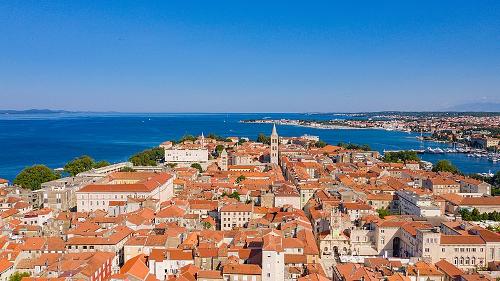 Zadar is full of tourist attractions, from beaches, squares and promenades to old churches and Roman ruins. The peninsula of the old town is bordered by water and this is the part of Zagreb where many of the oldest churches are situated, together with the remains of the Forum Romanum. A special attraction in the old town of Zadar is the promenade Riva. Although only parts of the medieval city walls and gates remain, tourists can still see the former grandeur with a little imagination.

Croatia Dubrovnik City WallsPhoto: Spezz (CC BY 2.0) no changes made

Travelers to Dubrovnik never have to wonder if there is plenty to see and do in this Croatian city. There are beautiful churches, monasteries, medieval sites, the remaining Renaissance heritage and many museums, not to mention the overwhelming city walls. The spectacular medieval walls, fortresses and gates of Dubrovnik's Old Town are its most overwhelming sight. The walls were built between the 13th century and the 16th century. The walls surround the old town and are between 25 meters and 82 meters high and from 6 meters to 20 meters thick and have literally protected the city for centuries. The views over the city and the sea are beautiful and there are four forts: St. John's Fort, the Revelin Fort, the Bokar Fort and the beautiful Fort Lovrijenac. A walk on the walls takes about an hour, longer if you take the time.