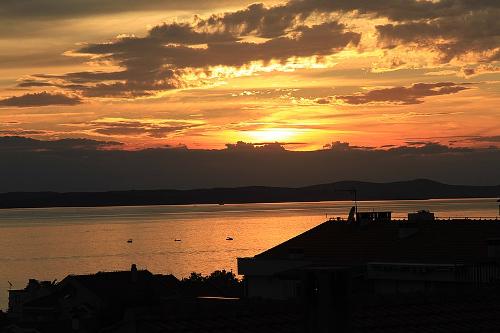 Sunset over Zadar in CroatiaPhoto: Rob Hodgkins CC 2.0 Generic no changes made

Croatia has a wide variety of climates. The climate in Croatia varies from Mediterranean along the Adriatic coast to a continental climate in the interior. The wind provides a cooling breeze in the summer on the coast. The temperature fluctuates between ten (winter) and twenty-six (summer) degrees Celsius. The interior has a climate with dry and hot summers and cold, wet winters. The temperature hovers around freezing in January, while it can reach an average of 24 degrees Celsius in August.

The sun shines a lot in Croatia. The long-term average is 2500 hours per year.