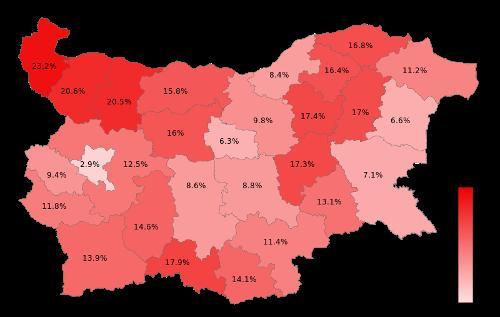 After World War II, the economy of the Bulgarian people's democracy was one of the poorest countries in the Balkans, along with Albania. The Eastern European Recovery Plan (Comecon) brought about major socio-economic changes. Industry, transport companies and banks were nationalized and agricultural cooperatives were founded. All means of production were at one point in the hands of the state and the first five-year plan was introduced. The emphasis in all of this was on heavy industry and the modernization of agriculture. The production of consumer goods did not start until much later. Unemployment was rare at the time; a job could be created for everyone. There was often even a shortage of workers, thousands of which were brought in from countries such as Cuba, Nicaragua and Vietnam.

The end of communism clearly showed how fragile Bulgaria's economy was. For example, the industry was mainly exported to the Soviet Union and other Eastern European countries. This traditional outlet suddenly disappeared after the fall of the Berlin Wall and the Soviet Empire. Western competition increased and the quality requirements of the export products were raised. The economic reforms needed to continue to participate in the free market economy got underway only slowly. The International Monetary Fund and World Bank provided more than $ 1.5 billion to support reform plans.

The measures ensured that the initial sky-high inflation was somewhat curbed, government spending was reduced, a guided wage policy was pursued and state-owned companies were sold. The disadvantage was that the standard of living of most Bulgarians fell below the social minimum. The transition from a managed economy to the free market brought with it a logical recession, which however seemed to have been subdued in 1994. Prices fell slowly, exports to the west increased dramatically due to very low wages, privatization is going well and the balance of payments has recovered somewhat. 70% of the Bulgarian economy is now privately owned. The pace of privatization has accelerated since 1998 under pressure from the IMF and the World Bank. Domestic investment has increased, real incomes have risen and credit is increasing, especially for small and medium-sized enterprises.

The European Commission declared in October 2002 that Bulgaria is a functioning market economy.

The floods in summer 2005 and the current account deficit hamper the possibility of tax relief and improving purchasing power for citizens. Since 2013, the borders of the EU have been open to Bulgarians. GDP per capita is at $ 21,700 (2017). 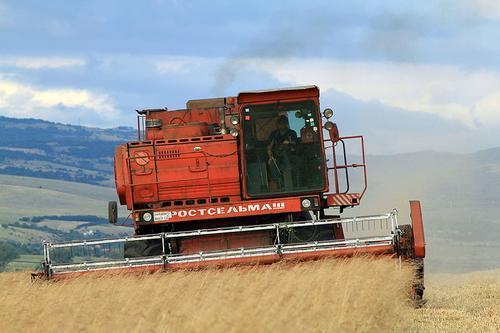 Bulgaria is a fertile country with more than 55% of its surface used for agriculture, and is still one of the pillars of the economy. Collectivization, which started in 1945, has been abolished. Nevertheless, there are still about 300 large state-owned companies where the harvested agricultural products are directly processed industrially. About 15% of the total cultivated land is cultivated by the farmers for their own account. These companies supply 40% of the meat produced and 45% of all vegetables. Important agricultural products are: wheat, barley, corn, tobacco, cotton, fruits and vegetables, wine grapes and sugar. The national pride is Bulgarian rose oil production, which, however, is facing increasing competition from countries such as Turkey and China.

In the mountain areas livestock farming (especially sheep) and forestry (wood extraction) are important. Besides wool, the sheep also provide milk, cheese and meat. Yogurt is a true Bulgarian invention, discovered by Professor Mletchnikov in the nineteenth century. The pig sector also supplies a lot of meat for the domestic market.

The center of the fishery is the Black Sea port of Varna; the Bulgarians mainly fish off the African west coast and in the Mediterranean. Only about 17% of the fish is caught in the Black Sea and inland waters. Most of the fish caught goes to the fish processing industry. 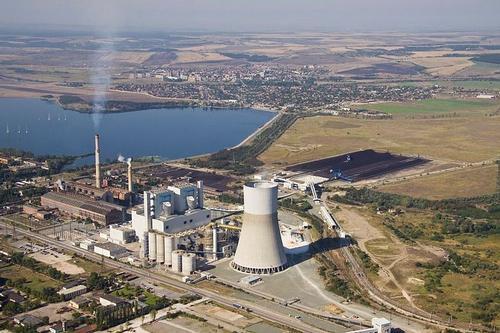 The industry developed strongly after 1945. The agricultural (canned, tobacco, wine) and textile production are largely destined for export. In addition, the emphasis is on modern technology. Industry is located in Dimitrovgrad and Kremikovitsi (with the largest blast furnaces), Sofia (electrical engineering, machine building), Varna (shipbuilding), Pleven and Bourgas (petrochemical industry; agricultural machinery), Stara-Zagora and Reka-Devnija (chemical industry). Bulgaria is a major producer of computers and industrial robots (the center of modern technology is in Veliko Turnovo).

The Bulgarian soil is poor in resources. Besides some coal, there is plenty of brown coal to be found, but it is of poor quality. In addition, some manganese, zinc, lead, iron ore and pyrite are extracted in the mountain areas. For natural gas and oil, people are still heavily dependent on Russia. International trade has been hit hard by the collapse of the Eastern bloc. The Gulf War and the boycott of Yugoslavia created additional problems. Trade fell to half. The value of exports amounted to nearly $ 4 billion in 1999, now it has increased to more than 32 Billion in 2017. The main exports are textiles, chemicals, agricultural products, wine (Bulgaria is one of the top ten wine producing countries), tobacco and ores and minerals. The main trading partners were Russia, Italy, Greece, Germany and former Yugoslavia. Main trading partners now are the Russian Federation, Germany, Austria, Italy and Greece. 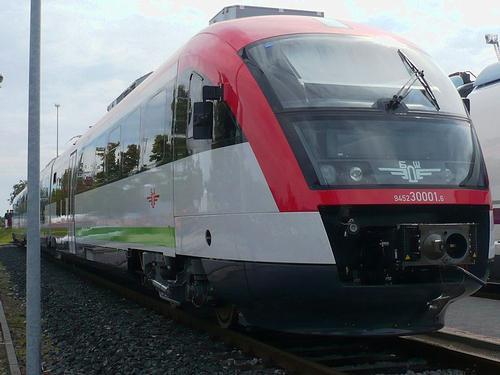 The main arteries are roads and railways; there is a network of more than 6000 km, half of which is electrified. Several major international routes pass through Bulgaria.

The road network is dense (37,000 km) and has several motorways, which will be connected by a large ring road by 2000. The construction of motorways has priority, partly due to the increase in the number of passenger cars and tourist traffic.

The main ports on the Black Sea are Varna and Bourgas; there is a regular service to the Mediterranean, as well as connections to ports in the Persian Gulf and India. The Danube is the only waterway in Bulgaria of importance to the economy, both for domestic and foreign shipping. The Friendship Bridge is the longest bridge over the Danube and connects Ruse with the Romanian Giurgiu.

Air traffic is currently being privatized and is still under construction. There are eleven airports for domestic and foreign flights. The main airport is Vrazjdebna near Sofia; other important international airports are located at Varna and Burgas.