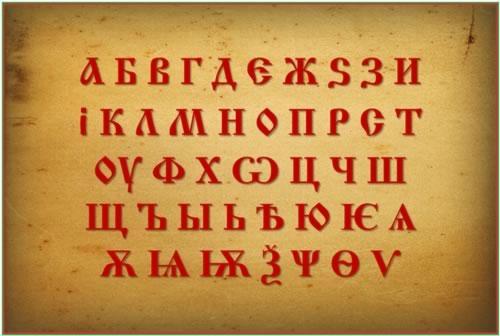 Bulgarian is spoken by the vast majority of the population and is the country's official language. Bulgarian is a South Slavic language spoken by the approximately 7.8 million inhabitants of Bulgaria and by minorities in Greek Thrace, the Romanian part of Dobruja and in Moldavia.

The Slavic alphabet was introduced by the monks Cyril and Methodius in 863. The first alphabet initially consisted of 44 capital letters and 48 regular letters, but was so complex that students of these two monks constructed a new alphabet based on the Greek italic.

Probably under the influence of other Balkan peoples, the Slavic system of declension endings for nouns has been largely lost, while a specific article placed after the noun has been created. Together with the transition of the combinations tj, dj, in št and "d, these are the most striking features of Bulgarian compared to the other Slavic languages.

There are two dialect groups, the western and the eastern. The eastern dialect group can still be divided into a north and a southeastern group. The main difference lies in the pronunciation of the Old Slavic è. The generally civilized Bulgarian ties in with the northeastern dialect. Old Bulgarian has become the Slavic Orthodox church language, Church Slavic. Since the 12th century, the language has been called Middle Bulgarian, New Bulgarian already emerged in the 16th and 17th centuries, but it was not until the 19th century that the traditional (Church-Slavic) written language was replaced. Until the 11th century, Glagolitic was used as a script, followed by Cyrillic, as in Russia, Serbia and Macedonia. Before the mass exodus in 1989, Turkish was the mother tongue of 10% of the population. Many Roma also speak Turkish. Some of the population in the coastal cities speaks Greek and some Romanian is still spoken along the Danube.

Following are some Bulgarian spoken words: