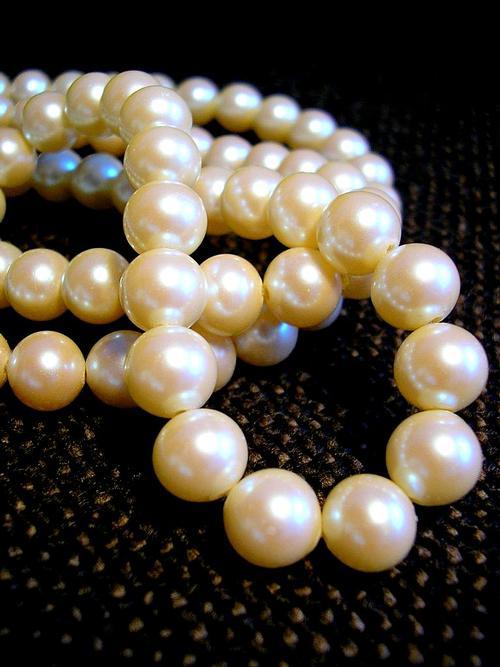 Until oil was discovered in 1932, pearl fishing was the main economic activity in Bahrain. Around 1900, half of the male population was employed in pearl fishing and related industries. Pearl fishing has been part of the Bahraini economy since the 3rd century BC. and in the early 19th century, pearls and dates were in fact all they had to offer the rest of the world.
The pearl divers had a very hard job and the earnings were not very high. As so often, only wealthy families benefited from the pearl industry. No wages were paid either, but they shared in the profits that were made that season. Bahrain also served as the "trans-shipment point" of all pearls produced in the Gulf from the 19th century onwards.
Around 1930, the Japanese invented a method to grow pearls, and with the economic depression, Bahrain fell away as a major international pearl producer. 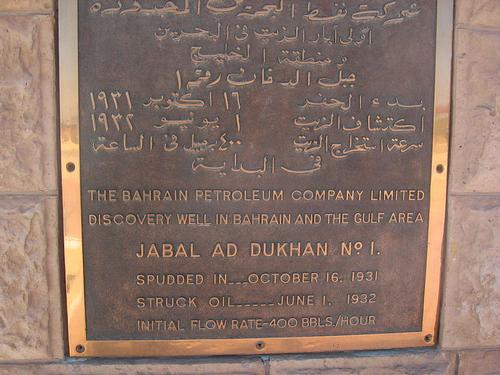 In 1932, on-shore oil was found in Bahrain (Awali oil field), making it one of the first countries in the Middle East where petroleum was found. Since that time, the oil industry and related industries have been the pivot of the Bahraini economy. In 1998 Bahrain produced 37,200 barrels of oil per day, very little compared to the United Arab Emirates and Saudu Arabia pumping up more than two million barrels a day. Furthermore, a great deal of crude oil from Saudi Arabia is refined and enters Bahrain via a submarine pipeline. The first oil refinery started as early as 1935.
In 1987, a new on-shore field at Jebel el-Doekhan was put into operation. The main concessionaire was the American Bahrain Petroleun Company, with which the Bahraini government reached an agreement in 1974 on a government share of 60%. In 1979 Bahrain took over the entire company. All crude oil production and crude oil supplied from Saudi Arabia is now wholly owned by the Bahrain National Oil Company (BANOCO), as well as the greatly increased production of natural gas.
Together with Saudi Arabia, Bahrain operates the off shore-located field Abu Safah. At the moment 10% of the working population is still employed in the petroleum industry.

Bahrain has limited oil reserves and was therefore soon forced to broaden the base of its economy.
The war in Lebanon(1975-1989 ) led Bahrain to make a successful attempt to take over the role of the region's banker. In the course of the 1970s and 1980s, Bahrain has become the financial center of the Gulf States and an important commercial center in the Middle East. Bahrain is attractive to foreign investors because of its tax-free and surplus of cheap natural gas. . Under the January 1976 trade law, domestic companies must hold a majority share of Bahrain-based foreign companies. However, this law does not apply to banking institutions.

Tourism is an obvious alternative to the oil. From the early 1980s, the focus was on tourism and now around two million tourists a year come to Bahrain. Most tourists come from Kuwait and Saudi Arabia, but they also try to attract tourists from many other countries.
Tourism contributes 9.2% to the gross national product and provides employment for 17% of the working population. The entire service sector, government and trade provides work for approximately 70% of the labor force. 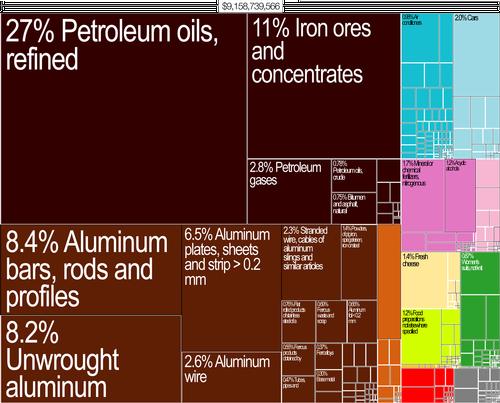 32% of the working population is employed in industry. For example, Bahrain has a large aluminum smelter, a paper mill, a ship repair company and an advanced dry dock for mammoth tankers up to 400,000 gross tons. The aluminum industry is one of the oldestthe country's most industrial activities. The production capacity is approximately 500,000 tons per year and it employs more than 2000 workers.
The manufacturing industry is still underdeveloped and consists of textiles, plastics, canned goods, beverages and light metal industry.
Besides oil Bahrain also has gas reserves of 150 billion m3, good for 20 years of production.

Through irrigation, fed by drilled wells, some agriculture is possible along the north coast, including dates, melons and tomatoes. Only eight percent of Bahrain's total area is suitable for agriculture. Unfortunately, the drought and lack of water are already causing problems. Efforts are increasingly being made to concentrate on crops that require little water, such as barley, oats and millet. Approx. 1% of the labor force is employed in the agricultural sector on approximately 900 farms.
Fishing is important for domestic consumption, but is threatened by pollution and overfishing. Other traditional livelihoods include boat building, weaving, reed matting and the aforementioned pearl fishing. Bahrain has very good infrastructure facilities. There is a modern network of highways and in 1986 the 25 km long dam and bridge connection with Saudi Arabia, the "King Fahd Causeway", built largely by Dutch companies, was completed. Until then it was the most expensive land connection in the world. The dam bridges the protected island of Umm Nasan.
Public transport consists mainly of taxis and private bus companies connecting most cities. Besides the natural harbor of Khor Khaliya, the very modern seaport of Mina Sulman in particular makes Bahrain one of the most important shipping centers of the Middle East. The oil products are mainly exported from Sitra.
The modern international airport at Muharraq fulfills a central function in international air traffic.