Arizona joined the United States as the forty-eighth state on February 14, 1912.

The states of the United States are divided into 3,077 counties, an average of 62 per state. Arizona has far fewer counties, only fifteen.
The counties of Mohave, Pima, Yavapai and Yuma were created in 1864, after the creation of the Arizona Territory in 1862. Pah-Ute split off in 1865. Mohave, but rejoined in 1871. All other counties, except La Paz, were established in 1912 when Arizona became an official state.
Most counties trace their names back to Arizona's Native American history. Nine of the fifteen counties are named after tribes living in what is now Arizona territory. The names of three counties can be traced back to the Spanish explorers who mapped Arizona: La Paz, Santa Cruz and Pinal. Graham is named after Mount Graham and Greenlee is named after one of the first pioneers to explore Arizona land. 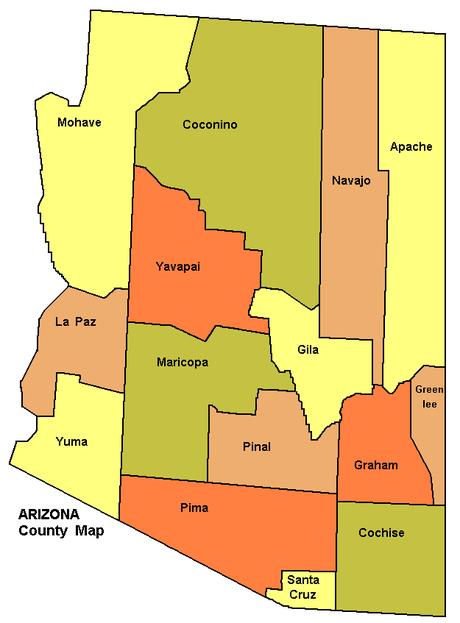 The administrative layer below the counties consists of municipalities and cities of all degrees. Interestingly, some cities cross county boundaries. A county seat is called a "county seat," and some states have two or more capital cities. 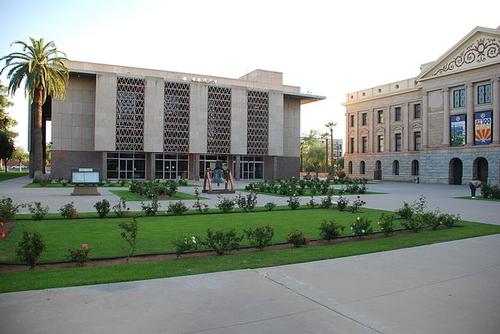 Arizona Senate Building with on the right the Arizona State Museum CapitolPhoto: Adavyd CC 3.0 Unported no changes made

Executive power in each state of the United States is in the hands of a governor, who is elected through direct elections by the eligible residents of his or her state. The Arizona legislature is made up of the 60-member Arizona House of Representatives and the 30-member Arizona Senate. Each of Arizona's 30 counties is represented by one senator and two deputies. Senators and Deputies are elected for a term of two years, with a maximum of four consecutive terms. It is possible to serve more than four installments at intervals. Arizona is represented in the national Senate by two senators and in the House of Representatives by nine people.
The governor dates back to the days when the United States was a British colony. All royal governors were deposed after the American Revolutionary War (1775-1783), but the name 'governor' was retained. Born on April 9, 1964 and a member of the Republican Party, Douglas Anthony 'Doug' Ducey was sworn in as the new and 23rd Governor of Arizona on January 5, 2015. On November 4, 2014, he won the governor elections of Democrat Fred DuVal and Libertine Barry Hess, and succeeded Jan Brewer. Ducey was Arizona's first male governor since Fife Symington, who served as governor from 1991-1997. A governor may be re-elected as many times as he wishes, but never more than two consecutive terms of four years. Arizona has had four female governors to date, more than any other state in the United States. 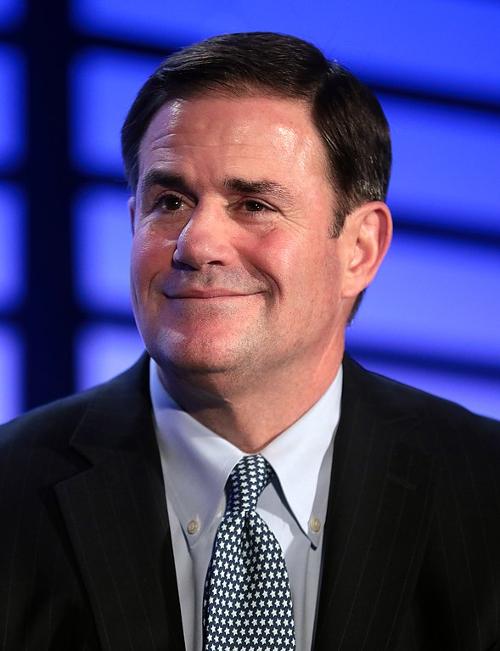 Each of Arizona's 21 Indian reservations is governed by a tribal council, whose members are elected by the tribe. For the current political situation of the United States see chapter history.