Arizona's flora varies by region. The strongly deviating temperatures and average rainfall per region are the main reasons for this.

Southwestern Arizona is home to one of the largest drought regions in the entire United States, the Sonoran Desert, which is best known for its impressive cactus species. This area has two nature reserves, namely the Saguaro National Park (36,000 ha) and the Organ Pipe Cactus National Monument.

The Grand Canyon National Park is home to 1,700 plant and flower species. The Coconino Plateau at the South Rim of the canyon is covered with piñon pine, ponderosa seeds, juniper berries and Gambel's oak. The Douglas fir, the American aspen and ponderosa seeds grow on the Kaibab Plateau on the North Rim. In the spring, asters, sunflowers and lupines bloom on both the South and North Rand.

Particularly close to Tombstone is the largest rose bush in the world, which stands in the patio of a hotel built in 1885. The shrub, of the Lady Bank variety, now has an area of approximately 800 m2. 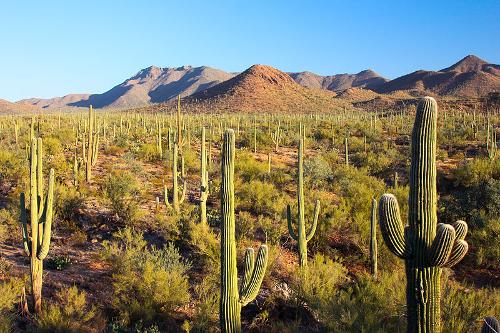 The more than impressive saguaro cactus is only found in the Sonoran Desert, grows up to 15 meters high, weighs up to 7,000 kg and can live for 200 years. It is a very slow-growing solitary plant that, for example, is only two meters high for the first fifty years and is only fully grown after about 150 years. The first branching, in total the number of 'arms' can rise to about 40, only appears after about 75 years and the fruits of this giant cactus species are edible! In late spring, around May, small white flowers appear on the top of the cactus, which are considered the symbol for Arizona. They bloom only one night and die the next morning. This cactus species is so special that all specimens are chipped to prevent theft.
Other cacti species that are characteristic of the Sonoran Desert are the organ pipe cactus, which has branches from the base and occurs alone, often in groups, along the Mexican border, and the hedgehog cactus. In total, about a hundred cactus species are found in Southwest Arizona. 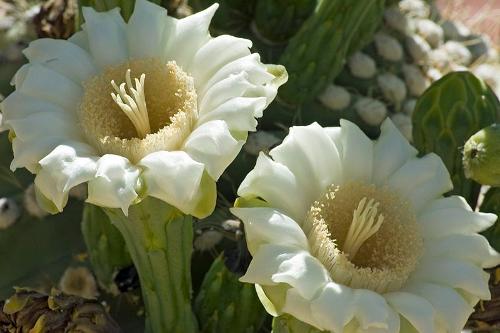 The torchwood (English: devil's walking tick or ocotillo) is quite common in the Sonoran and Chihuahan deserts and is perfectly adapted to the difficult desert conditions. In severe drought, the plant appears to die, but if enough rain falls, leaves and the distinctive reddish-orange flowers develop within a week, which are very popular with hummingbirds. Individual plants can develop dozens of spiny stems that can reach between three and six meters in height and are over 70 years old. 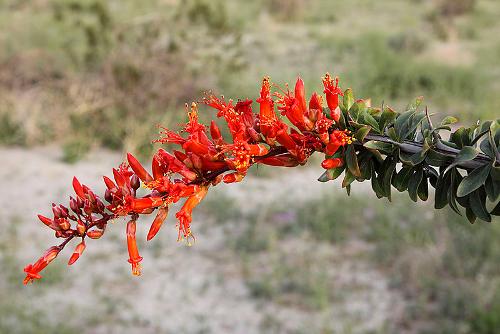 Coach whip or torch wood, typical of the deserts in ArizonaPhoto: Alan Vernon CC 2.0 Generic no changes made

The Pinus arizonica has long been considered one of varieties of the evergreen stately ponderosa or yellow pine (Pinus ponderosa), but is now recognized as a separate species. The Pinus arizonica covers large areas of the Colorado Plateau, can reach 25-30 meters in height and provides food and protection for many animals. The needles of the pine are usually in groups of five together and the pine cones are 5-11 cm long. 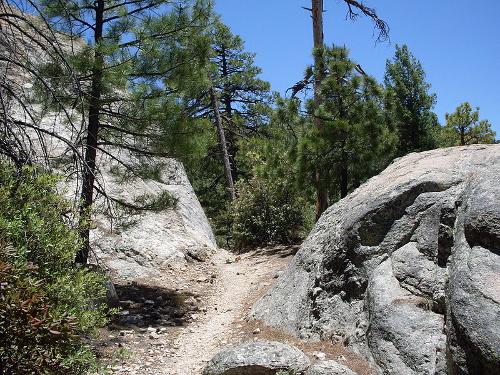 The Iris missouriensis or Rocky Mountain iris grows mainly on mountain meadows at an altitude of 1800-2700 meters. The bladlour plant grows to about 20-40 cm high and bears one or two (occasionally three or four) beautiful purple flowers with white and yellow accents. 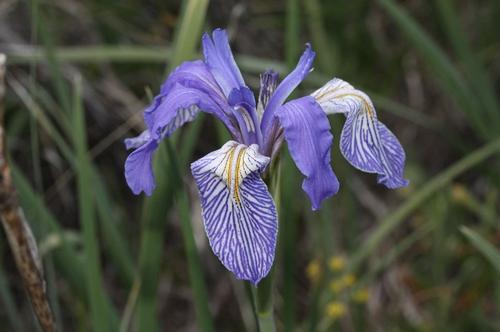 Iris missouriensis, characteristic of the mountains in ArizonaPhoto: Walter Siegmund CC 3.0 Unported no changes made

The sagebrush shrub covers much of the Great Asin Desert in northern Arizona. 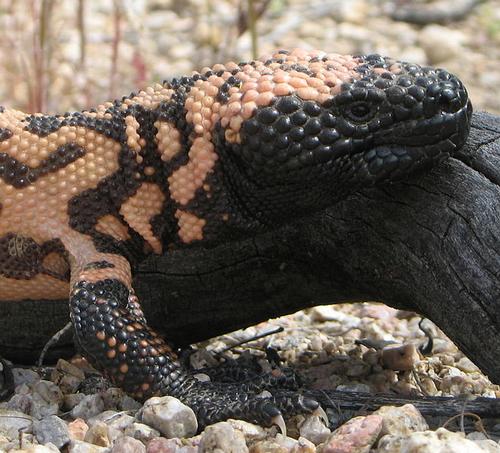 Despite the often desolate landscape, Arizona's wildlife is surprisingly varied. A number of species are found all over Arizona, otherwise species have adapted to the harsh conditions to such an extent that they can no longer occur anywhere else. and toad species, including the ravine tree frog, the red-spotted toad and Ramsey Canyon leopard frog found nowhere else in the world. Ten toad lizard species are found in the Sonoran Desert, including the toad lizard, the Texan toad lizard, the giant horned lizard and the smooth horned toad lizard. Of the lizards, the poisonous, rare gila monster is protected. The desert scorpion is also poisonous, as are two spider species, the black widow and the brown recluse spider. The fauna of the Petrified Forest in Eastern Arizona includes three iguana species: the spotted iguana, the collar iguana, and the western hedge iguana. Arizona has only one species of salamander, the tiger salamander.

The Grand Canyon National Park is home to 89 mammal species, 355 bird species, 56 reptile and amphibian species, and 17 fish species. Special is the Kaibab squirrel with its white tail and black belly. While most mammals are small and belong to the rodents or bats, there are indeed large mammals in Arizona, including desert bighorn sheep, black bear, mountain lion, pecari wine, and bobcat. The black-footed bunzing, a mustelike, was virtually extinct in the wild in 1981. Through a sophisticated breeding program there were again about 1000 copies in 2011. The rarest wolf species in the world, the Mexican wolf, is also slowly climbing out of a deep valley again. In 1998 a re-production was started in Eastern Arizona (Blue Range Wolf Recovery Area) and at the beginning of 2015, 109 specimens were officially counted. but more specimens are likely to be present in this area.
The Arizona state bird is the North American cat ferret in the little bear family, which includes raccoons. The state bug of Arizona is the Papilio multicaudata butterfly of the page family. 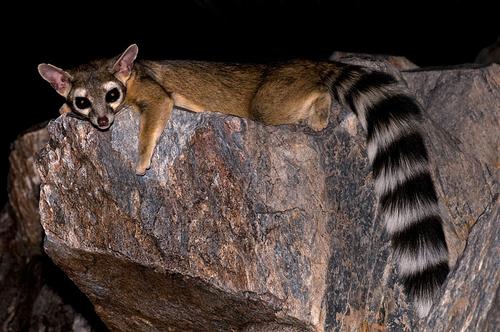 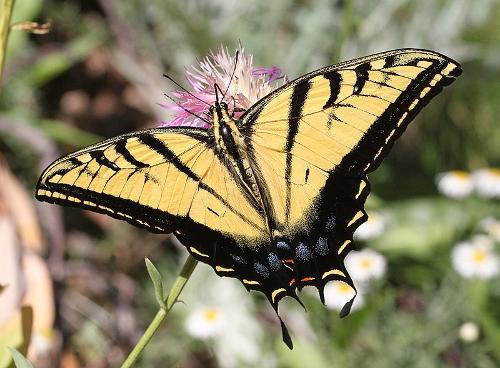 Southern Arizona is one of the best places in the United States for bird watchers and ornithologists, with about 500 species already spotted there and about a quarter of all North American birds nest in this regio. In the eastern part, the Patagonia-Sonoita Creek and Ramsey Canyon reserves, the San Pedro Riparian National Conservation Area, the water and dry lands south of Wilcox and the Portal-Cave Creek Area in the Chiricahua Mountains near the Mexican border are mainly the most suitable places for bird watching. In the western part of southern Arizona, these are the Buenos Aires and Imperial National Wildlife Refuges. 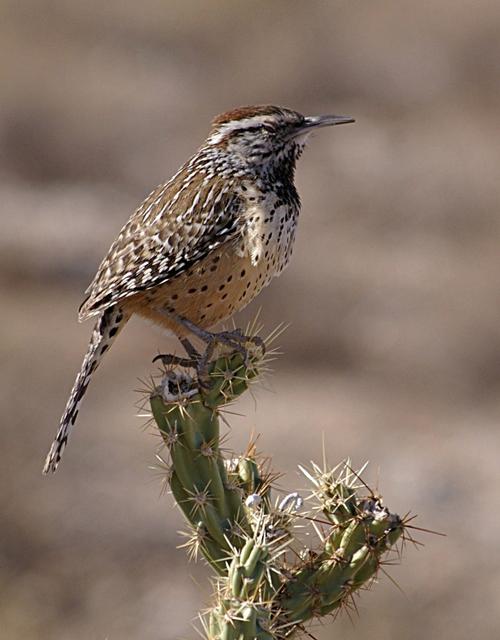 The Grand Canyon is home to the rare California condor, in fact a New World vulture species and the largest bird in North America with a wingspan of 2.7 meters. In the wild, following a reintroduction program, several hundred specimens, reaching the age of sixty, can be found in California and Northern Arizona. Much less rare is the turkey vulture. The white-nosed coati, coati or pizote is a lively member of the raccoon family with a monkey tail, an anteater's muzzle, a bear's ungainly gait and mask of a raccoon. They normally live in large groups in trees, but in the mountainous southeast of Arizona mainly in caves and crevices and are constantly foraging for food.

The desert bighorn sheep, a subspecies of the bighorn sheep, mainly lives in the mountains of the Sonio Desert and the Mojave Desert, especially on practically inaccessible slopes and cliffs of canyons. With unique sole pads, they remain perfectly balanced on a rocky surface. With their long twisted horns, the males fight against competitors and the horns are also used to break open cacti for food.

One of the five subspecies of the copper-tailed trogon, Trogon elegans canescens, migrates in summer from northwestern Mexico to the mountains and canyons of southeastern Arizona. These rare birds, about 30 cm tall, make their nests in burrows made by woodpeckers in dead maples. The brightly colored male has an emerald green back and throat, a bright red chest with a white band over it. 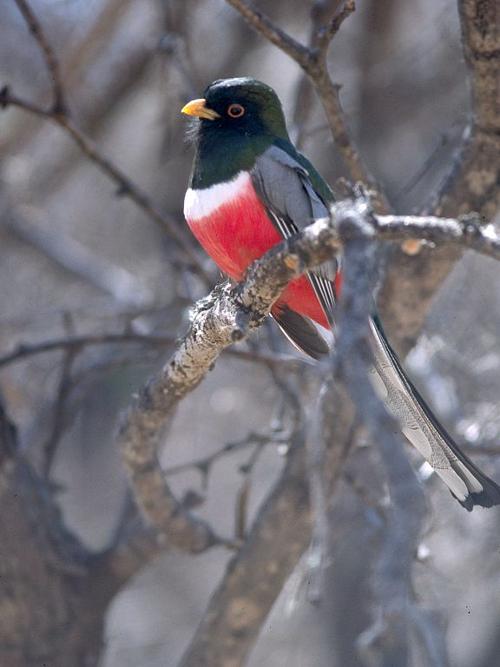 A subspecies of the gila woodpecker is a characteristic inhabitant of the Sonoran Desert and nests in the saguaro cactus, nests that are also used by owls, rats, lizards, purple swallows and other birds. The hammer noises the woodpecker makes are not only intended to make holes, but also indicate its territory. and occurs in the arid lowlands of Arizona. The Texas rattlesnake, which normally grows to a maximum length of 120 cm, with its triangular head and light to white bands is flat before the rattle, especially active in the late afternoon and night. 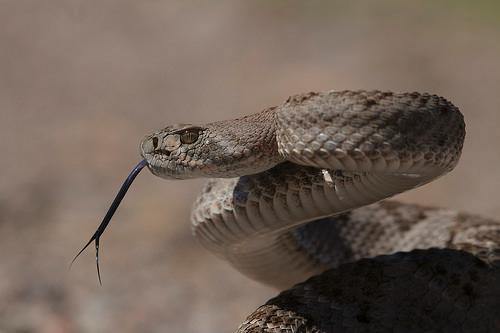 Overview of snake species in Arizona

Overview of bat species in Arizona 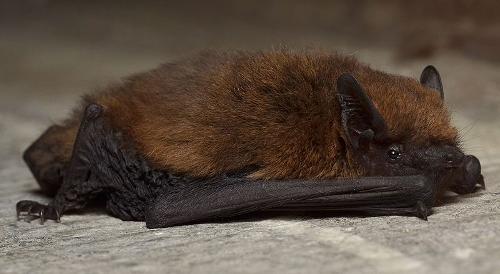 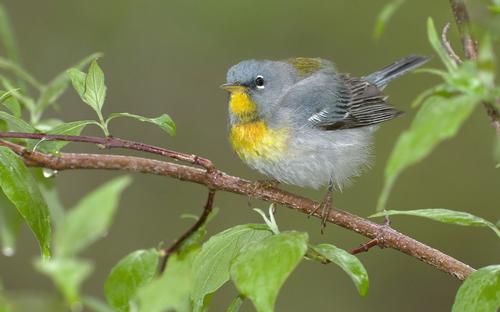 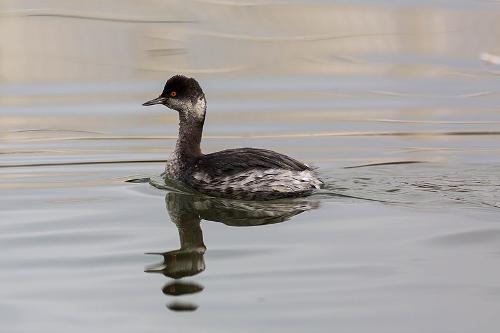 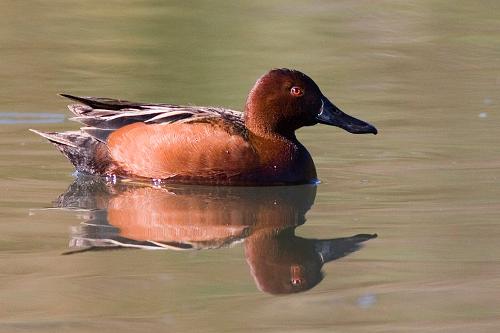 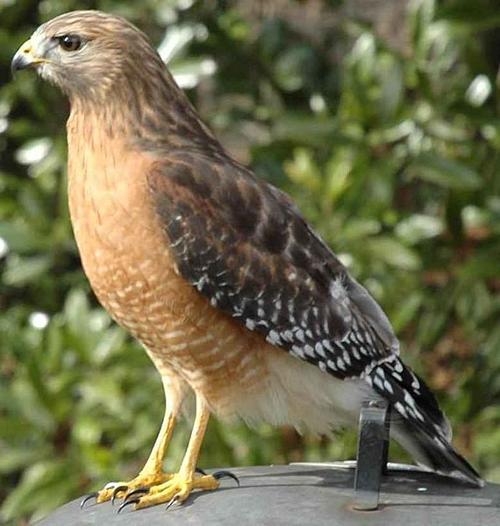 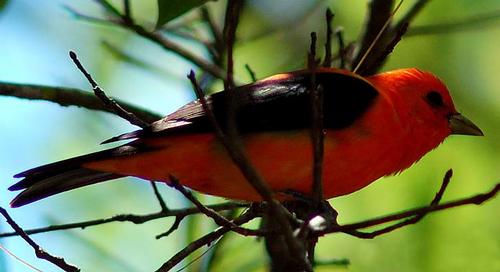