Angola is located in the southwest of Africa, south of the equator, and is bordered to the north by the Democratic Republic of Congo (Congo-Kinshasa, 2421 km, excluding Cabinda) and the Republic of the Congo (Congo-Brazzaville, 231 km), in the south at Namibia (1427 km) and in the southeast at Zambia (1065 km). In the west, Angola borders the Atlantic Ocean with a coastline of approximately 1,650 km. The vast country stretches inland for about 960 kilometers. 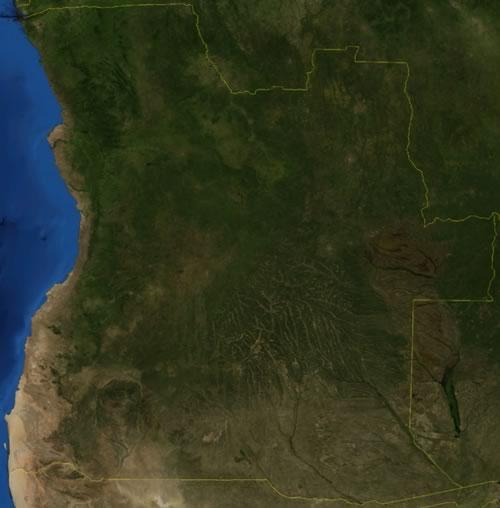 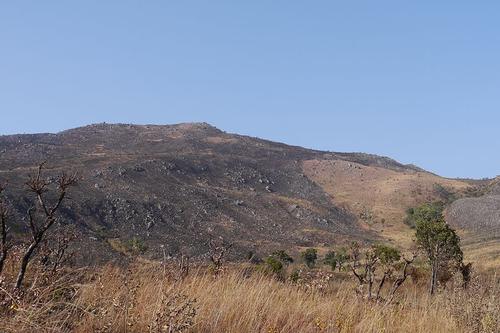 East of the coastal strip begins a strip of hills and mountains., about 135 kilometers wide in the north and only 30 kilometers wide in Central Angola and to the south. North of the Cuanza River, the lowlands gradually change into a hilly landscape with a height of about 500 meters. South of the Cuanza River, the landscape rises spectacularly fast to heights of up to 2,400 meters in the Serra da Chela mountain range in Huíla province.

In the southwest of Angola is another offshoot of the Namib Desert or Namib, which extends to the Angolan city of Namibe. The northern part of this desert is also called Kaokoveld Desert and consists of gravel plains, hills, valleys, sand dunes and sand plains. 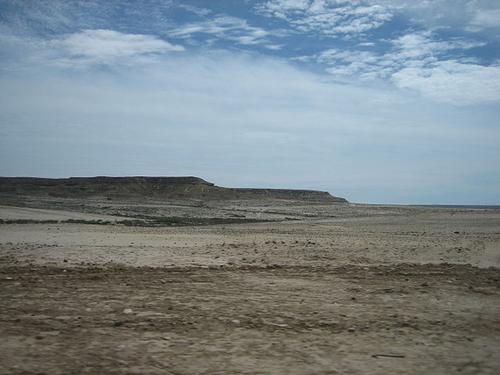 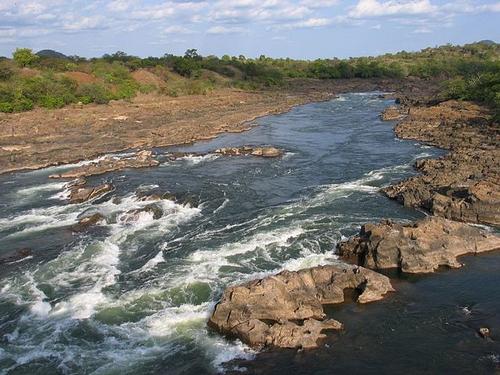 Angola's longest river is the CuanzaPhoto: Jlrsousa CC 2.0 Generic no changes made

Angola has a network of rivers, most of which originate in the mountain region. The country's main rivers are the Cuanza (Kwanza) and Kunene (Cunene). The Cuanza flows to the north, the Kunene to the south, but both eventually flow into the Atlantic Ocean. The Cuanza is the longest (950 km) river entirely in Angola. The Kunene (1050 km) forms in the south of Angola the border with Namibiaa and never dries up in summers with normal rainfall, unlike most other rivers of Angola.

The Cuanza is navigable from the coast for transport purposes for a little over 200 kilometers, the other rivers of Angola are hardly usable for that purpose, but are used for irrigation and hydroelectricity, among other things. Other important rivers of Angola are the Cubango, Cuando, Cassai, Cuito and Chicapa. The border with the Democratic Republic of Congo is formed by the mighty Zaïre (aka Congo).