DEMOCRATIC REPUBLIC OF THE CONGO

The Democratic Republic of the Congo or Congo-Kinshasa, sometimes better known by its old name of Zaire, is located in Central Africa northeast of Angola. The republic borders Tanzania and Uganda to the west. It is bordered on the south by Zambia, on the east by Congo Brazzaville and on the north by the Central African Republic and Sudan. 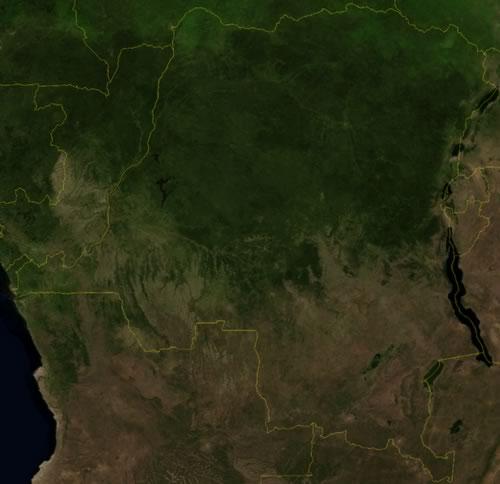 The Democratic Republic of the Congo has a tropical climate. It is always humid and warm. There are no exclusively dry periods. Because of its location on the equator, the sun is perpendicular to the Democratic Republic of the Congo twice a year. This high position of the sun is accompanied by high temperatures, low air pressure and heavy rainfall. Directly around the equator the climate is tropical rainforest. On average, this means 2000 millimetres of precipitation in ten to twelve months. The average temperature is around 25 °C.