Portuguese is the lingua franca of Angola, a language bequeathed by the former colonial power, Portugal. Angola is the second country, after Brazil, with the largest number of Portuguese speakers. The Portuguese spoken in Angola is much easier to understand than other versions of Portuguese, such as Brazilian Portuguese. This is because it is pronounced more slowly than elsewhere and does not have the guttural sounds of Portugal or the lilting tone of Brazil. The writing style is much less formal than that of Portugal, and anyone who already speaks a little Portuguese will be able to adapt quickly to Angolan Portuguese.

Angolan Portuguese is peppered with words from Kimbundu and other local languages, but these will not cause many problems because of the context in which they are used. Angolan slang, however, is virtually incomprehensible to foreigners and is also constantly changing.

Angolan Portuguese (Português de Angola) is the official language of Angola, also the most widely spoken language in Angola and is similar in some respects to Brazilian Portuguese. In any case, Portuguese is the official language in governmental and parliamentary circles and in schools. According to a 2014 survey, nearly 71% of Angola's population speaks Portuguese. The language is the mother tongue of 39% of the country's population, while an even larger percentage speak it as a second language. 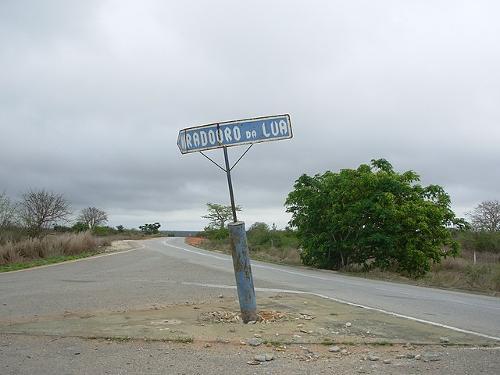 Portuguese is also the most widely spoken and sometimes the only language spoken by younger Angolans. Portuguese-speaking Angolans are more numerous in the urban areas of Angola, where 85% of the population speaks Portuguese. In rural areas, much less Portuguese is spoken: about 49% of the people in these areas speak Portuguese.

Other languages and dialects

Portuguese is the only official language of Angola, but 46 other languages are spoken in the country, mainly Bantu languages. Six (regional) languages are considered official Angolan languages: (Angolan) Portuguese, Umbundu, Kikongo, Kimbundu, Chokwe, Oshiwambo and Ngangela. Some sources also mention Kwanyama and Mbunda.

The Ovimbundu, who speak a language known as Umbundu, live mainly in the west-central region of Angola, around the Benguela Plateau.
North of the Ovimbundu, in the northwestern provinces of Angola, live the Mbundu, the second largest ethnolinguistic group and speakers of the Kimbundu language. 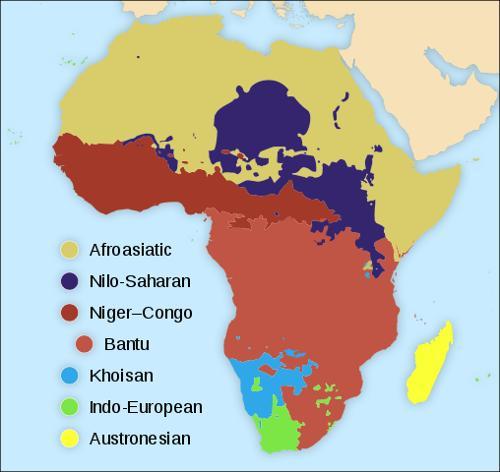 Bantu Languages in AfricaPhoto: User sum1 CC 4.0 no changes made

The third largest ethno-linguistic group are the Bakongo, who speak Kikongo and live, apart from the neighboring states, in the north and northwest of Angola, particularly in the provinces of Uíge and Zaire, and in Cabinda. Although, in Cabinda, which is sandwiched between two French-speaking countries, the Democratic Republic of Congo and Congo-Brazzaville, many people speak French as well as, or even better than, Portuguese. In fact, 90% of the literate population in Cabinda speaks French, while 10% speak Portuguese. A very small number of Angolans of mainly Lebanese origin speak Arabic and/or French. As a result of the increasing relations between Angola and China, there is now a Chinese-speaking community of several hundred thousand people.

Below is a breakdown of percentages of the population that speak Portuguese and/or other Angolan languages.