Image Roger Federer on a Swiss FrancPhoto: CharisTra CC 4.0 International no changes made

Switzerland is a prosperous and modern market economy with low unemployment, a highly educated workforce, and a GDP per capita that is among the highest in the world ($ 62,100 in 2017). The economy benefits from a highly developed services sector, led by financial services and an industry specializing in technology and knowledge-based manufacturing. Economic and political stability, transparent legal system, good infrastructure, efficient capital markets and low corporate taxation have made Switzerland one of the most competitive economies in the world. The fate of the Swiss economy is closely linked to that of its neighboring countries in the eurozone, which buy half of all Swiss exports. The global financial crisis of 2008 and the resulting economic downturn in 2009 brought export demand to a halt and triggered a mild recession. The Swiss economy started to recover in 2010. The independent SNB has maintained its zero interest rate policy and implemented important market interventions to prevent the Swiss franc from becoming too strong. Despite this, the strength of the franc has caused Swiss exports to become less competitive and growth to slow to less than 2% per year during 2011-13. In 2017, growth was 1.7%. Switzerland has also reformed banking secrecy under increasing pressure from neighboring countries, the EU, the US and international institutions. The government has negotiated its double taxation agreements with numerous countries, including the US, and is considering the option of imposing taxes on foreigners' bank deposits. These steps will have a lasting impact on Switzerland's long history of banking secrecy. 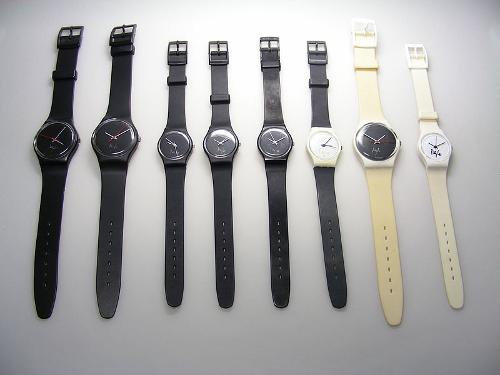 Switzerland itself has no significant raw materials. That is why imported raw materials are processed into high-quality industrial products, especially in equipment and machine construction, almost all of which are destined for export. Major products are agricultural machinery, locomotives, aircraft parts, printing presses and diesel engines. Other important industries are the graphics and metallurgical industry. Switzerland has been known since the 16th century for its watch and clock industry and later the related manufacture of measuring and control equipment. After a collapsing market due to competition from countries in the Far East (especially Japan), things have been going in the right direction since the introduction of the Swatch watch in 1983.

The chemical industry, specializing in particular in high-quality pharmaceuticals, is an important industry. The number of employees in the industry has risen sharply. The main industrial centers are Zurich, Winterthur, Basel, Bern, Baden, St. Gallen, and Geneva. 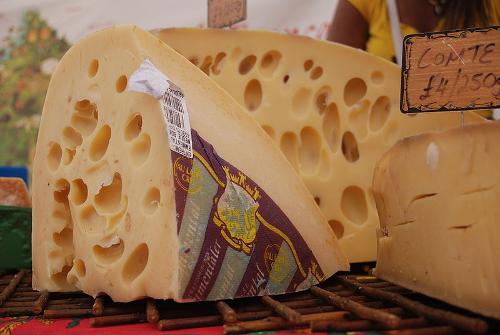 Only a small part of the area of Switzerland is suitable for agriculture, but thanks to very modern agricultural techniques, Switzerland can provide much of its need for food itself. 3.3% of the working population is still employed in agriculture. Swiss agriculture, mainly located on the Swiss Plateau, mainly produces sugar beets, fodder crops, grains, vegetables, apples and pears. Switzerland is primarily a livestock country. Dairy, milk and chocolate products are an important export product. Well-known cheeses are Gruyère and Emmental cheese.

Wine production amounts to approximately 3 million hectoliters per year and is mainly for domestic use. The largest wine regions are in the French-speaking region of Switzerland. 25% of Switzerland is covered with forest. The wood is used for house building and as an energy product. Fearful of erosion, a young specimen must be planted for every tree that is cut.

Due to the neutrality policy and strict banking secrecy, banking and insurance was and still is another important pillar of the Swiss economy. Zurich is the center of these activities. In addition to all Swiss banks and insurance companies, all major foreign banks are also located here. Most banks are located at Paradeplatz.

The central bank is the Schweizerische Nationalbank, whose headquarters are divided into a division in Zurich and one in Bern. The central bank is responsible for, among other things, the circulation of banknotes and supervises the other banking system, which supervision is more limited than in most other countries.

The cantonal banks, which are often owned by the cantons, are typical of Swiss banking. Their activities are therefore limited to the territory of their canton.

Foreign trade is very important to the Swiss economy. The main export products are: pharmaceuticals, chemicals, clocks, watches, measuring and regulating equipment, machinery and technical equipment. The main buyers are the EU countries (mainly Germany) and the United States. The total value of exports was $ 313.5 billion in 2017.

Imported are: machines, vehicles, iron and steel products, foodstuffs. Main suppliers are the EU countries, the United States and China. The total value of the imports was $ 264.5 billion in 2017. 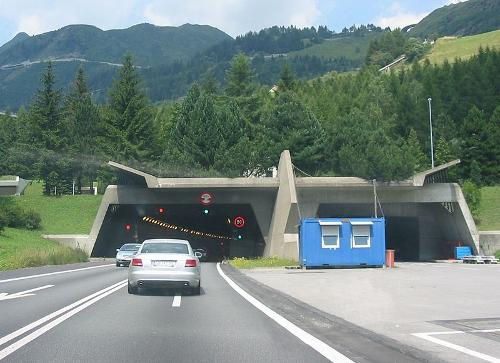 Due to its location, Switzerland is an important transit country for both passenger and freight transport. The road network is therefore in excellent condition. The many tunnels are important for good traffic flow.

In 1980, the Saint Gotthard car tunnel, then the longest in the world, was opened. In 2007, Switzerland gained a rail tunnel through the Alps: the Lötschberg tunnel. At 35 kilometers, the tunnel is the longest railway tunnel in the world after the Channel Tunnel (55) and the Japanese Seikan Tunnel (54).

The railway network, which is almost entirely electrified, is largely operated by the Swiss Federal Railways and for local transport there are many smaller bus and rail companies. The occupancy rate is the highest in Europe and, after Japan, even in the world.

The national airline is Swiss International Air Lines. Zurich, Bern, Basel and Geneva have international airports. Tourism is one of the main sources of income and a significant employer.