In July 2017, the population of Jamaica was 2,990,561. The population density at that time was approximately 270 inhabitants per km2. The coastal plains, the areas of Central Range and the Blue Mountains and the agglomeration of Kingston-St Andrew have the largest population concentrations. More than half of the inhabitants live in the cities and the migration to those cities is still increasing. The capital Kingston is very densely populated with more than 590,000 inhabitants.

More than 90% of the population are people of pure African descent. The number of mulattoes is limited, unlike most Caribbean islands. Several descend from the Maroons, slaves who escaped into the mountains at the time. The remaining 10% of the population consists of British and Americans (together about 1%), Indians and Chinese (about 4%) and some Lebanese and Syrians. 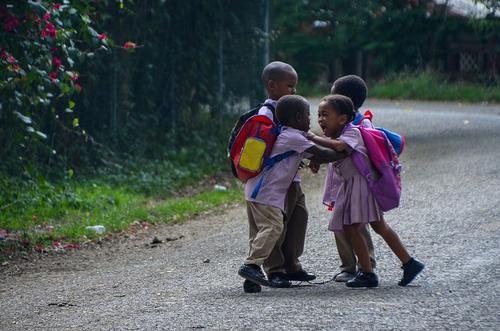 Emigration, which took place on a large scale to Great Britain and the United States, especially before independence in 1962, declined and increased again from the end of the 1970s. Still, over two million Jamaicans have emigrated over time. For example, it is estimated that there are approximately 400,000 residents of Jamaican descent in the eastern United States.