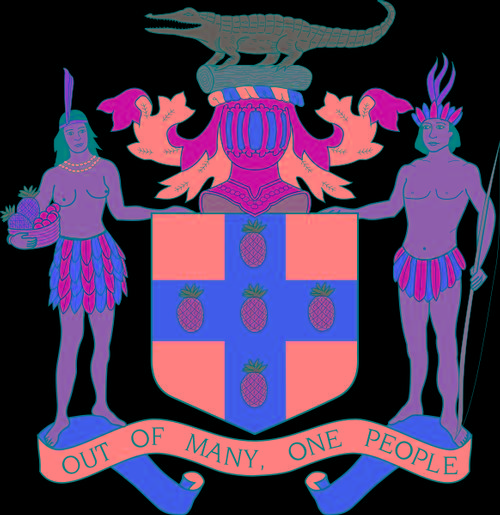 Since August 6, Jamaica has been an independent parliamentary democracy within the British Commonwealth. The English monarch is officially the head of state. At the moment it is Queen Elisabeth II, who is represented by a governor general.

The British parliament is a model for the Jamaican. Legislative power consists of the Senate (House os Lords) and the House of Representatives (House of commons). The Senate consists of 21 members appointed by the Governor General. Governor General's office is purely ceremonial. Eight senators are appointed on the recommendation of the opposition and thirteen members are nominated by the government. The House of Representatives has 60 members, who are elected every five years through general elections by Jamaicans aged 18 and over. At the request of the Prime Minister, the Governor General can call elections at any time. The leader of the largest party in parliament is the prime minister and, together with his cabinet of ministers, he forms the executive power. 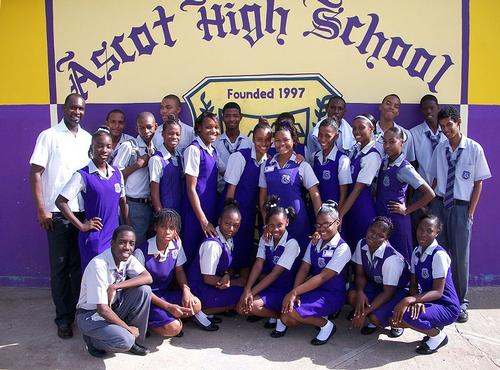 Although much attention is paid to education, the government is facing major problems. There is not enough of almost everything, such as school buildings, textbook and other teaching materials. Children under six years old go to so-called “basic schools”. Primary education is compulsory for children aged seven to fifteen. There are two types of primary education: “primary schools” for children aged 6 to 12 (especially in the cities) and “all-age schools” for children aged 6 to 15 (especially in the countryside). In rural areas, classes of over 50 students are not uncommon. Primary education is free and the school uniform is also provided free of charge. Approx. 90% of compulsory school attendants do indeed go to school.

58% of 12 to 18 year olds are in secondary education. This consists of two parts, a three-year basic period and a two-year advanced course. The follow-up course trains for an academic or a technical course. Kingston is the headquarters of the University of the West Indies (founded in 1948). Dependances can be found in Barbados and Trinidad. Other forms of higher education can be taken at the College of Agriculture and the College of Arts, Science and Technology. The Ministry of Education also provides educational radio and television broadcasts and there are evening courses.

Reggae originated in Jamaica in the early sixties of the 20th century from ska, fast rhythm 'n blues with emphasis on the backbeat. Reggae is characterized by a constant backbeat: of a four-beat measure, the second and fourth beat are emphasized. It is generally the drums and especially the staccato-played rhythm guitar that maintain this rhythm, while a carrying bass line provides a clear counterpart.

The lyrics are often social or political, while Rastafarianism is also constantly sung. Bob Marley and the Wailers brought about the breakthrough of reggae to the general public from the mid-1970s. Other major reggae pioneers included Jimmy Cliff, Burning Spear, Toots and the Maytals, and Sly Dunbar (drums) & Robbie Shakespeare (bass), a famous rhythm duo in the reggae world.

Over time, various sub styles developed within reggae, such as dub (including Lee Perry), lovers rock (including Gregory Isaacs), dancehall (including Yellowman) and ragga (including Shabba Ranks). Ragga is a combination of rap and reggae on mostly computer-controlled rhythms, where the subject choice was almost exclusively in the field of love and sex. In the 1990s, this form occupied a dominant position in the reggae idiom. For that reason, the original reggae was increasingly called “roots reggae”.

Bob Marley. actual first names: Robert Nesta (April 6, 1945 - Miami, Fla., St. Ann's, May 11, 1981) was a Jamaican singer, guitarist and composer and is considered the most important reggae musician of all time. He was also a great spiritual leader. He became leader of the group The Wailers in 1964, which initially also included Peter Tosh. The lyrics of this group were politically committed and, from 1970 onwards, were also strongly inspired by the rastafarian religion of Marcus Garvey.

Marley wrote the world hit “I shot the sheriff” for Eric Clapton in 1974. After this success, Marley's career also accelerated. The group was now called Bob Marley & The Wailers and the live version of No woman no cry (1975) meant the breakthrough to the general public. In 1976, Marley was seriously injured in an attack by political opponents.

After his recovery, he made his comeback with a series of convincing records and concerts and finally became a pop idol. After his death from cancer, his popularity continued unabated, while some of his children like Ziggy Marley & The Melody Makers successfully followed in his footsteps.

In response to Revivalism (see: religion), Rastafarianism arose in the 1930s. The Rasta culture considers the former Ethiopian emperor Haile Selassie as the reincarnated Christ and salvation is only possible if one returns to Africa and especially of course Ethiopia. Rastas have a different lifestyle and stand out because of their dreadlocks, the long twisted locks of hair.

One of the sources of inspiration for the rasta movement was Jamaican Marcus Garvey and his UNIA (Universal Negro Improvement Association) movement. He wanted to unite all blacks in the world and this movement had millions of followers at one point. In the 1920s, he predicted that a black king would soon be crowned. In 1930 this would become Ras Tafari Makonnen, the third emperor of Ethiopia, who would call himself Haile Selassi, the “Living God”. For the black, oppressed people of Jamaica, he became the black savior and Ethiopia the promised land.

The Rasta movement has also become a political power factor in Jamaica, and two major organizations are involved in the religious, social and political spheres, the Ethiopian National Congress (ENC) and the Rastafarian Movement Association (RMA).