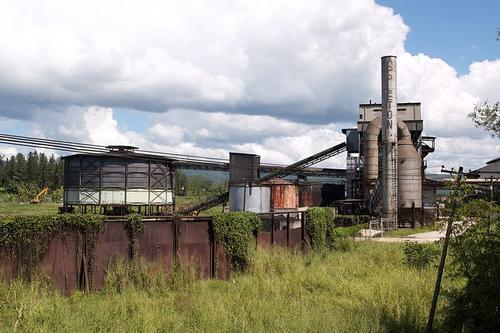 The Jamaican economy is now more diversified than has traditionally been the case. Agriculture, which contributed 7% to GDP in 2017 and provided employment to 16% of the working population, produces for both domestic consumption and exports. Sugar exports accounted for 9% of total export value in 2017, but this sector does not have good prospects. Revenues from agricultural exports fell from 50% in 1970 to about 5% in 2017. After agriculture, it was the extraction of bauxite that dominated the economy for decades. After a downturn in the 1970s and the first half of the 1980s, due to struggles around planned nationalization and later a global recession, a recovery has been emerging in recent years (5% GDP). The sector employs less than 4,000 people. Tourism has experienced strong growth and is now one of the major foreign exchange providers and employs 12,000 people. The (light) industry, which accounts for 21% of GDP and provides 16% of jobs, is also of growing importance. Inflation was curbed and fell from 40% in 1978 to 4.4% in 2017. 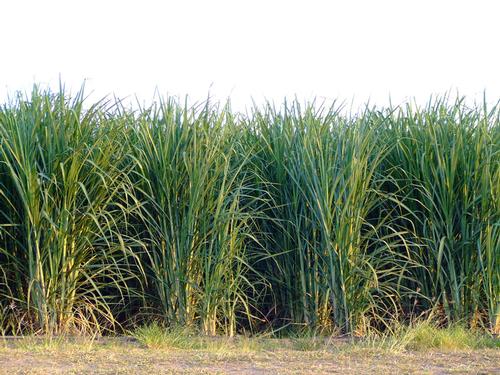 About 30% of the total land area is used for growing crops, 20% is pasture and 20% is covered with forest; Sugar exports are partly state-owned; about 50% of sugar cane cultivation takes place on large plantations, each with its own refinery. The main agricultural areas are located in the coastal plains. Rum is fired from molasses, a by-product of sugar. Together with sugar, these by-products account for 40% of the total agricultural production. The sugar industry faces stiff competition from countries such as Brazil, Cuba and India.

Other agricultural products include bananas, citrus fruits, coffee, allspice and ginger. Very important, according to some sources, even the main agricultural provider of foreign money, is the cultivation of marijuana, which is mainly exported to the United States. Of the food crops, yams, potatoes, rice, cassava and maize are important, partly for personal use and partly for sale on the local market. The vast majority of Jamaican farmers have less than one hectare of land available for this. Extensive livestock farming, forestry (tropical hardwoods) and fishing (mackerel and tuna) are of little significance for the island's economy. Food must be imported, including fish. 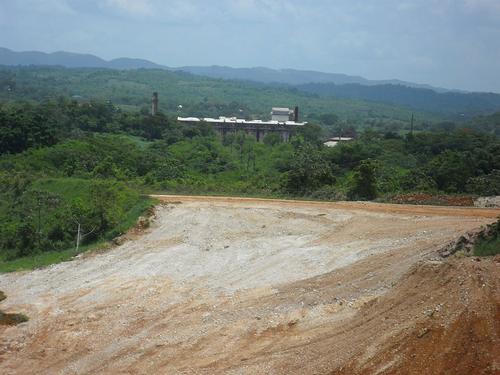 Aluminium Plant in JamaicaPhoto: Nigel20 CC3.0 Unported no changes made

Jamaica is the third largest producer of bauxite (Australia and Brazil). A quarter of the Jamaican soil contains bauxite. Jamaica still has estimated reserves of 2.5 trillion tons, 7% of the world reserve and still enough to produce for a hundred years. The extraction of bauxite is done in opencast mining and is highly mechanized. One third of the revenues from this sector were earned from the export of bauxite, two thirds from the semi-finished alumina. Most of the raw bauxite is exported directly. The alumina is a raw material for the production of aluminum. The enormous expansion of the aviation industry from the 1950s was, of course, of paramount importance to the Jamaican bauxite industry. The number of workers in the bauxite industry accounts for only one percent of the workforce!

The largest bauxite companies are Kaiser, Alcon, Alcoa and Acro, all foreign companies. Since the sharp fall in the world bauxite price since 1992, this share has fallen to 8.7%. The alumina market picked up again from 1994.

Other minerals are gypsum (approx. 200,000 tons per year), lime and marble. Jamaica relies almost exclusively on imported petroleum for the production of electrical energy. This is also one of the reasons that Jamaica cannot convert alumina into aluminum itself; the electricity required for this is too expensive for Jamaica.

The main industrial activity is the processing of agricultural products for the food and beverage industry. Also important are the production of textiles and footwear and the construction industry. Kingston is an important industrial center with, among other things, metal industry, telecommunications equipment and a petroleum refinery. 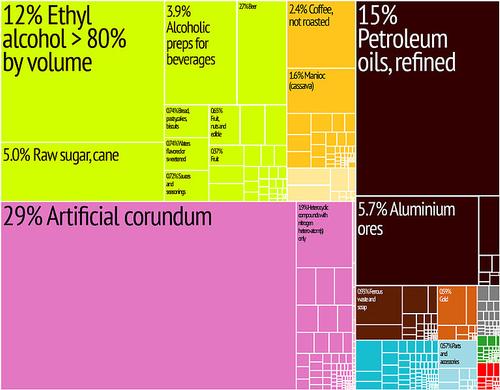 The main imports consist of food, machinery and raw materials. Sugar, coffee and bananas are still exported on a much smaller scale. After Columbia, Jamaica is the largest producer of marijuana or ganja. In any case, it is Jamaica's largest illegal export product. Where the undoubtedly high yields go is not clear, but it certainly makes a major contribution to the Jamaican economy. About half of the exports go to the United States and 36% of the imports also come from the United States. It is therefore not surprising that Jamaica is totally dependent on this country.

The market for durable consumer and capital goods is too small and Jamaica is too dependent on foreign countries for both technology and raw materials. The main trading partners are the United States, Canada, Venezuela, England and the partners in CARICOM. The central bank has been the Bank of Jamaica since 1960. In addition to the twelve commercial banks, there are two development banks.

Jamaica has a good road network; Of the 18,200 km, 3,200 km are paved. Of the approximately 389 km of railroad operated by the government, the 182 km long connection from Montego Bay to Kingston is the most important.