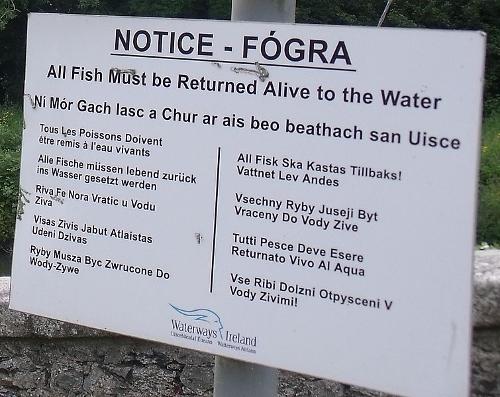 English is the official language of Ireland. The very different Irish (Gaelic), the old Celtic language, is still a compulsory subject in primary school. Irish is related to Scottish Gaelic, Welsh and Breton. Irish is still the working language in some regions and communities. Such regions are called "The Gaeltacht". About 70,000 people in seven Gaeltachts still master Irish.

Until the sixteenth century people still spoke generally Irish, after which the English forbidden to speak Irish. The great famine and mass emigration disrupted rural Irish life and with it the Irish language. Moreover, if one wanted to achieve anything in England-dominated Ireland, one had to learn to speak and write English. At present, both nationalists and tourism organizations believe that maintaining the Irish language is of great importance. Irish is easier to write than to speak. The pronunciation differs greatly from the spelling. To illustrate the major difference between English and Irish, here are the first lines of the Irish national anthem, "The soldiers song", in the two languages:

Soldiers are we, whose lives are pledged to Ireland.

some have come from a land beyond the sea.