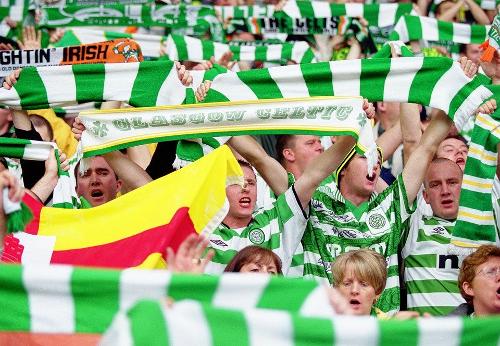 The countryside has become increasingly depopulated due to strong emigration. 63.8% of the Irish therefore live in cities. In the 1980s many Irish immigrated to Great Britain in particular due to high unemployment and the poor economic situation (average 19,000 per year). In total, about 50,000 Irish people emigrate abroad each year. Significantly, there are more people of Irish descent living in the United States than in Ireland itself. Increased prosperity brought a record number of immigrants (22,800) to Ireland in 1998. Half of them were Irish returning to Ireland. A special group are the itinerants or travelers (also called Tinkers), a tramps people, but no gypsies. They are descendants of the poor farmers who were driven off their land by the English Landlords. The famine of 1846 also forced many Irish people to look for food. The descendants of this group also still roam and keep alive with doing chores and selling tin and copper objects. Ireland's symbols are the harp and three-leaf clover (shamrock).