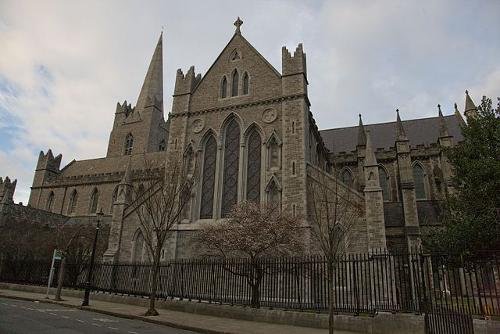 The vast majority of the Irish population is Roman Catholic. A very small minority are Protestants. Protestants and Roman Catholics live here peacefully side by side, unlike in Northern Ireland. Ireland is still very Catholic not only in theory, but also in practice. Many Irish still go to church at least once a week. Ireland has several popular pilgrimage sites such as the town of Knock, the Croagh Patrick and Slemish mountains and Station Island in Lough Derg. In the Irish Republic, approximately 95% of the population is Roman Catholic, 3.6% Anglican, 0.7% Presbyterian, and 0.1% Jewish. Formally, church and state have been separated since 1973, but the influence of the church on public life is still great. For example, it has only been possible for couples to officially divorce since 1995. The church also continues to play an important role in education. Many schools are financed by the Church. However, the influence on young people has become less and less in recent years. Ireland (Republic and Ulster) is one ecclesiastical province with four archdioceses and 22 dioceses.