The Gambia's economy is among the weaker in the world. Per capita GDP was $ 2,600 in 2017. The Gambia's economy is mainly agricultural. Most important export products are still peanuts and peanut products such as peanut oil and animal feed. This monoculture means that The Gambia is highly dependent on peanut prices on the world market and therefore the economy has a shaky foundation. With the support of mainly British development funds, efforts are being made to improve production methods and stimulate the cultivation of other crops. The emphasis is on the development of agriculture and irrigation of the marshes around the Gambia River. 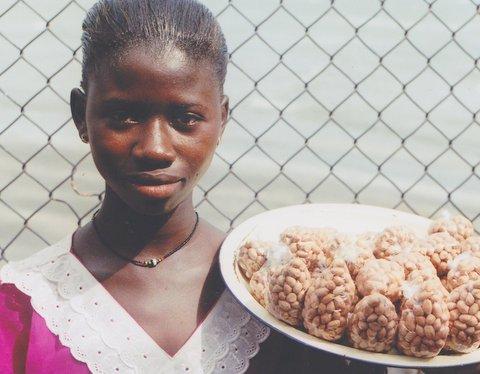 Peanuts are still important for the conomy of The GambiaPhoto: Peter van der Sluijs CC 3.0 Unported no changes made

Small quantities of spices, papayas, mangoes, cotton, millet, bananas and palm tree products are also exported. However, most agricultural products such as cereals are grown for domestic use. Important trading partners for the Gambia are Guinea-Bissau, Great Britain, the Netherlands, France, Mali and Senegal (also smuggling trade). Total exports in 2017 were $ 72.9 million. Other important exports are fish and fish products, in particular dried fish, most of which go to countries in the region.

Many goods and products are imported, especially food, beverages and tobacco. Furthermore, among others machines, oils and fats, chemical products and textiles. Important trading partners in terms of imports are China, Great Britain, the Netherlands, France, Germany, Hong Kong, Belgium and Senegal. Total imports were $ 377 million in 2017. 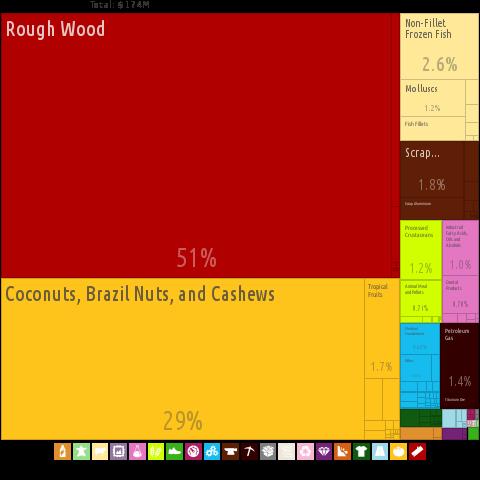 Most of the working people in The Gambia have two sources of income. Firstly, an official job and secondly, income from the sale of mainly home-grown agricultural products. Nearly 500,000 people earn from the market and 150,000 of them have a business or shop.

The industry is not much in the Gambia yet. There is some agricultural manufacturing industry and some packaging factories.
In The Gambia, almost half of the population lives below the poverty line, which means that they are unable to provide for their basic needs.