The Gambia has a wide variety of vegetation. In 1980 The Gambia still had about 50,000 ha of forest. Eight years later, only 10,000 ha. Some reforestation projects have been started in the last ten years. Different types of palms are found in The Gambia, especially the coconut palm.
A striking feature is the cotton or kapok tree, which can reach a height of more than 50 meters. The kapok that comes from the seeds is used as a filling for mattresses and pillows. The cola tree provides the raw material for the soft drink cola. The mahogany tree yields the beautiful but very expensive mahogany. Due to the many felling, this tree species is still rare in The Gambia. Bamboo forests are found in the more humid areas. Fences, furniture and various utensils are made from bamboo. Mangrove forests are found in the river deltas and can reach far inland. 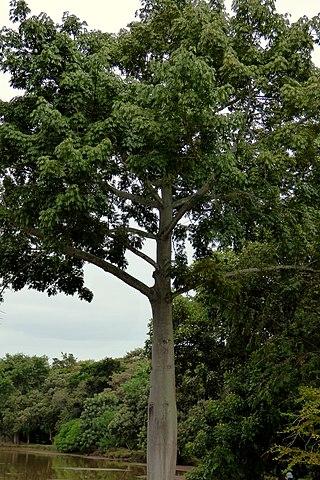 In the dry regions acacias and the most characteristic tree of Africa are found: the baobab or monkey bread tree. The baobab grows to about 20 meters high and can live for more than 1000 years. The tree plays a role in countless African myths and legends. The bark, the fruits, the leaves, the wood, almost everything from this tree is used by the population.
In the wetter south, mango, cashew and citrus trees grow. Poinsettias, lilies, wild orchids, oleanders, hibiscus and bougainvillea provide beautiful colors. The quinine plant supplies juice that protects against malaria, among other things. The elephant grass is a very tall grass and is considered a weed by the farming population. 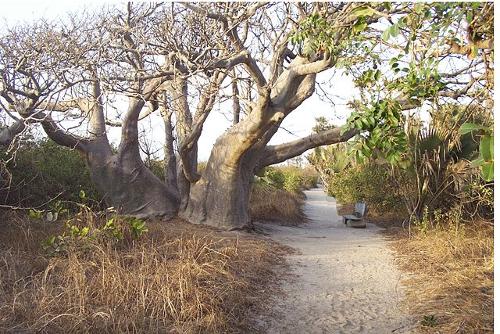 The Gambia is a bird paradise for bird lovers. About 450 different species have been counted so far, and new ones are still being discovered. For example, the snake-eating laughing falcon was first observed in 1995. Some species are only found in The Gambia. There are therefore no ordinary safaris in Gambia, but bird safaris.

Large birds include the marabou, vultures, spoonbills, cranes, eagles, owls and the remarkable ground hornbills. Large mammals are almost all extinct. Giraffes, lions, buffaloes, large antelopes, they are searched in vain. Deep inland hippos and crocodiles can still be found in the Gambia River. Various small monkey species such as the velvet monkey and the patter monkey are everywhere. Chimpanzees only live in Baboon Island National park, and there are also small antelopes, aardvarks and warthogs. 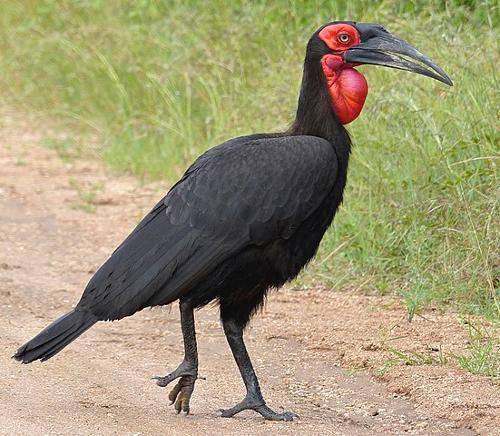 Snakes are found both on land and in water, some of them are highly poisonous. Giant lizards and chameleons are also common. The Gambia River is home to several rare fish species such as the guitarfish, the frogfish, the lungfish and the loach. Because the water of the Gambia River is salt or brackish about 150 to 180 kilometers inland, dolphins can even be seen in the river. 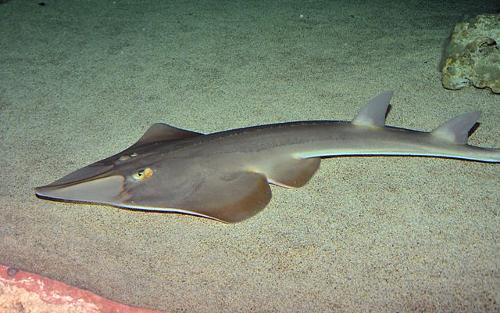 Guitarfish in the Gambia riverPhoto: Johan Fredriksson CC 3.0 Unported no changes made

The coastal waters of The Gambia include sea turtles, rays, sea snakes, crabs, sharks, squid, swordfish and tuna. The almost extinct sea cow can still be seen from time to time at river mouths. The mangrove swamps include various crab species, many water birds and mud jumpers. Mangrove oysters grow on the roots of mangrove trees.

The Gambia has six national parks and reserves that together cover 3.7% of the Gambian territory. 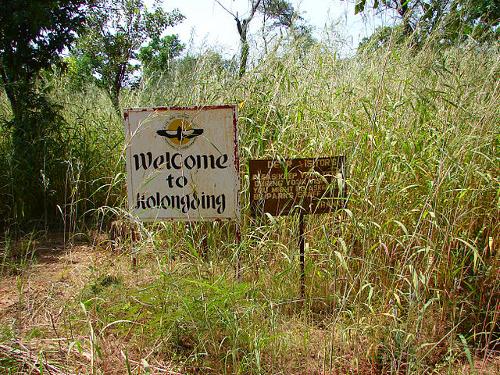