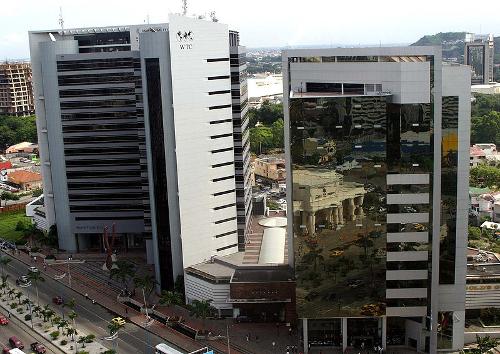 Ecuador was one of the least developed countries of South America until the early 1970s. However, the country turned out to have large oil reserves (discovered by Texaco in 1967) and the economy was actually half powered by petroleum. However, stocks in Ecuador are not that great and it is thought that it has only been a major source of income for 20 years. Bananas and shrimp are also important export products, but just like oil they are highly dependent on world market prices and are therefore vulnerable. Tourism has also become increasingly important to the Ecuadorian economy over the past three decades.

Thanks to the growth in oil production and the rise in the price of oil, GDP grew by an average 9.5% per year between 1970 and 1980. Since 1972, oil exports have radically changed the economic structure. The share of the different sectors in the gross domestic product (GDP) was as follows in 2017: agriculture (bananas, coffee, cocoa and sugar) 7.7%, industry 35.2% (of which mining (including oil) 11%, trade and services 56.9%. 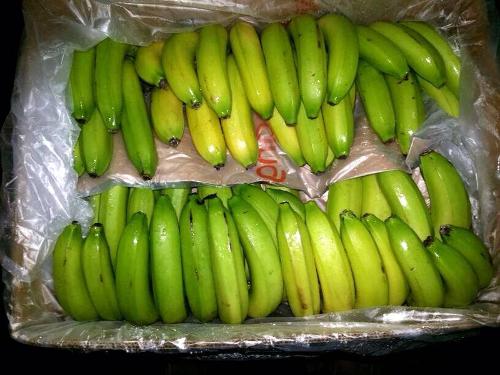 Bananas are an important export product of EcuadorPhoto: Scot Nelson in the public domain

Approximately 12% of the total land area is used for agriculture, 11% is pasture land and 60% is covered with forest. About 60% of the agricultural land is in the Costa and almost 40% in the Sierra;the agricultural potential in the Oriente is estimated at 35% of the total agricultural area. Major products of the Costa are bananas, cocoa, and coffee. The Costa also produces palm kernels, rice, cotton, sugar cane and tropical fruits. In 1993, Ecuador was still the most important banana exporter in the world and revenues were around 1 billion dollars. The working conditions of the banana eros are poor, partly due to pesticides that are used without protective clothing. Yet very many Ecuadorians depend directly or indirectly for their income on the banana sector.

Coffee and cocoa were once important exports, but now only make up a few percent of the total export income. The falling prices on the world market are mainly to blame for this.

In the Sierra, potatoes, corn, wheat and barley are grown, and cattle farming is important. Livestock farming has experienced explosive growth since the 1980s, partly due to the import of strong varieties.

The national production of wheat, barley and milk is too small to meet the domestic demand. Cut flowers have been grown in the northern Andes from the late 1980s. Many women in particular work in this sector. A special export product is tagua or vegetable ivory. The tagua nut consists of solid white pulp that must harden after harvesting and is then practically indistinguishable from real ivory. Due to the ban on elephant ivory, interest in the tagua is increasing.
Despite the land reforms, the agricultural land is still largely in the hands of large landowners: about 10% of the owners own three-quarters of the land. More than 70% of the farms are smaller than 5 ha. A familiar sight are the slopes of the Andes, resembling a multicolored patchwork quilt. The agrarian reforms have also failed to end the traditional form of share leasing (huasipungo), in which the "lease" is paid by doing labor for the landowner.

The country's large wood reserves, especially in the jungles in the Oriente are exploited only on a modest scale. However, due to colonization, 90,000 hectares of Amazon forest are deforested every year, approximately 1% of the total jungle area. This colonization is partly spontaneous and partly government policy. Migration to the Oriente was stimulated because it was thought that the agricultural land there would be inexhaustible. However, this turned out not to be true;the thin fertile bottom layer was soon exhausted and could then only serve as pasture.

Ecuador has an important and fast-growing sea fishery (sardines and tuna). Shellfish farming is currently an important contributor to exports. Most of the shrimp are farmed in the Gulf of Gayaguil and in Esmeraldas province. Ecuador is now the fourth largest shrimp producer in the world. For the fishing grounds, especially around the Galapagos islands and off the coast, Ecuador has established a 200-mile zone.

Since colonial times, the mining of gold and silver (near Portovelo in El Oro province) has been important, and copper and sulfur are mined on a limited scale. Furthermore, zinc, antimony and uranium have been found, which, however, cannot yet be exploited. Under the new mining law of 1974, all mines are state-owned and operation and sale must be in conjunction with the state.
In the 1970's, oil extraction became of major economic importance. The discovery in 1967 of very rich oil fields in the Oriente (province of Napo) made Ecuador the second largest oil exporter of South America after Venzuela. A more than 450 km long oil pipeline from the extraction areas to Esmeraldas has been in use since 1972. Due to limited refining capacity, most of the oil is exported unrefined.

Since 1972, the North American companies have worked closely with the state oil company CEPE, founded in 1971, and Petroleus del Ecuador since 1989. Oil extraction does have very negative consequences for the environment. Large areas of jungle have been cut down and large amounts of heavy metals have ended up in the soil and groundwater. Many oil pipelines are also leaking, which has already released many hundreds of thousands of liters of oil into the environment.

Large reserves of natural gas have been discovered in the Gulf of Guayaquil. The installed capacity for electricity generation (48% of which by hydropower) is still insufficient. New hydroelectric power stations have been put into operation at Pisayambo, Paute and Agoyán. 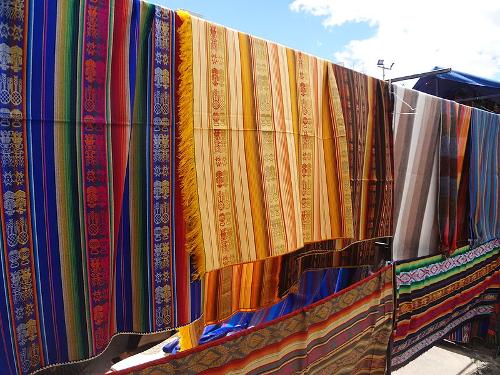 Industrial production grew by an average of 10.5% per annum in the years between 1972 and 1982, but stagnated in the 1980s due to declining investment. New factories for the chemical, wood and paper and metalworking industries sprang up like mushrooms.

Between 1982 and 1992 industrial production increased by only 0.2% per year. Since 1992 there has been growth again. Much of the industrial expansion, aimed at import substitution, has been brought about by foreign investment (mainly the United States), foreign credit and strong expansion of government credits. Foreign companies were given the same rights as national companies.

Three-quarters of the industry is concentrated in Guayaquil and Quito. The main products are textiles, vegetable oils and fats, cocoa products, sugar, tobacco, beer, cement, paper, metal goods and rubber. The purpose of a major industrial plan is to boost exports and reduce dependence on imports. Raw material processing, chemical and plastics industries are strongly stimulated.

Most employees in the industry work in small family businesses with fewer than 500 jobs. There are not many companies with more than 500 employees in Ecuador. 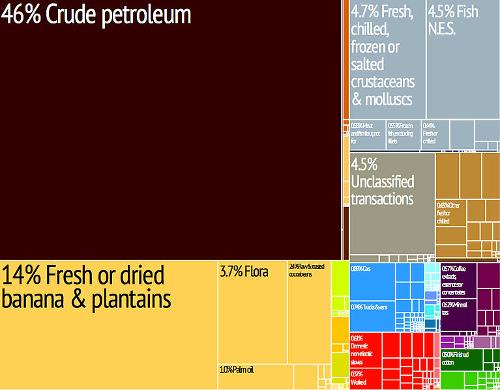 The main barrier to domestic and foreign road transport is the jungle in the Oriente and the Andean ranges in the Sierra. The main road connections are the Ecuadorian section of Carretera Panamericana (1392 km) between Tulcán on the border with Colombia and Macaráon the border with Peru. There are four railway lines with a total length of more than 1,500 km, of which only 971 km are still in use, which are therefore of little economic importance.

Inland navigation plays an important role as a traffic connection, both in the near future. inaccessible jungle in the Oriente as well as in the Costa. Maritime shipping is of great importance to Ecuador's foreign trade; 95% of exports leave the country through ports. The main port is that of Guayaquil; other important ports are Puerto Bolívar and Esmeraldas/El Balao (oil) and Manta (fishing). The merchant fleet consists of approximately 160 sea-going vessels, including 22 tankers. International airports include Mariscal Sucre Airport at Quito and Simón Bolívar Airport at Guayaquil; furthermore there are more than a hundred smaller airports and landing strips that are especially important for the transport of people and goods in the Oriente. Compañ& iacute;a Ecuatoriana de Aviación (CEA) is the national airline.