Galápagos Islands (literally translated: Turtle Islands;officially: Archipiélago de Colón), is a province of Ecuador and consists of thirteen large and more than forty small islands, five of which are inhabited. 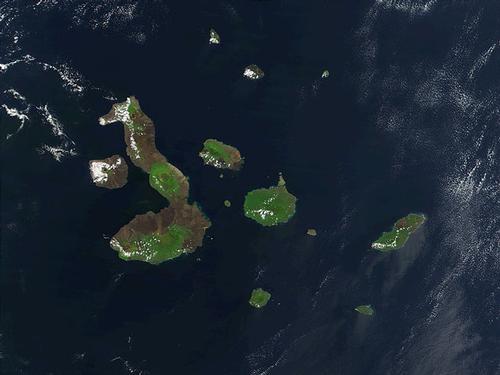 The islands are of volcanic origin and hundreds of volcanoes determine the landscape. The oldest peaks are 4-5 million years old and the area is one of the most active volcanic regions in the world. On the islands of Isabela, Fernandina and Marchena there are still frequent eruptions, the last of the volcano La Cumbre on the island of Fernandina in 1995 and the Cerro Azul on Isabela in October 1998. The islands have never been connected to the mainland and therefore a unique area has emerged from a biological point of view.

The coastal regions of the islands are often desert or steppe-like. Tropical forest is only found on the highest parts of the slopes of the volcanoes. In 1959 the archipelago was declared a national park.

The highest point is the Cerro Azul on the island of Isabela and measures 1,689 meters. Measured from the seabed, the volcano is about 4500 meters high. On the island of San Cristóbal is the capital Puerto Baquerizo Moreno where about half of the population lives.

The inhabitants of the Galápagos live from the cultivation of sugar cane, cotton, vegetables and fruits and further from fishing. and livestock and of course from tourism. 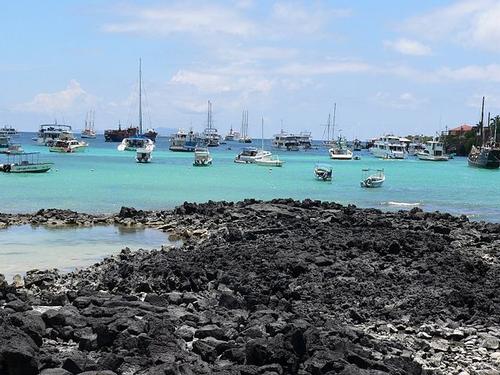 Puerta Ayora on the island of Santa cruz, Galapagos IslandsPhoto: A Flores Lopez CC 3.0 Unported no changes made