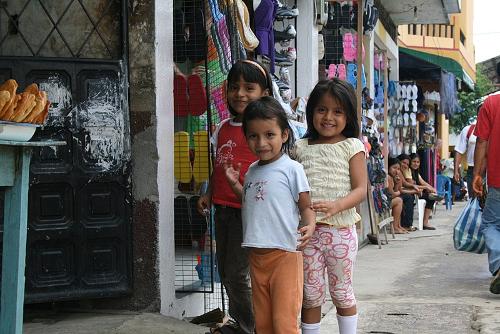 In 2017 there were 16,290,913 people in Ecuador. The population density is approximately 63 inhabitants per km2, making it the highest in South America. Only 2% of the population lives in the Oriente (about 50% of the surface of Ecuador);the other residents are more or less equally divided between the Costa (around 1900 only 7%) and the Sierra. About 64% of the population lives in urban areas. Guayaquil and Quito have more than one million inhabitants and other major cities are Cuenca, Machala, Portoviejo, Ambato, Manta, Santo Domingo, Esmeraldas and Loja

Although it is hardly possible to give an exact distribution of the composition of the population due to the many hybrid forms, it is assumed in 2017 that 72% are mestizos, 14% Indians, 6% white people, 7% Mulattoes and 2% African-Americans.

Ecuadorian society has mainly been shaped by the country's history and erratic geography. This has created great differences in appearance and temperament between the inhabitants of the Oriente, the Sierra and the Costa. The inhabitants of the Sierra, the serranos, live in a varied, fertile landscape that mostly belongs to wealthy landowners. The farmers (campesinos) have a very hard life, both those of the Sierra and those of the Costa (costeños).
The Sierra is mainly home to Indians, Criollos (descendants of Spaniards born in Ecuador), and mestizos (Indian-European blood). In addition to these groups, black people, mulattoes and sambos (Indian and black blood) also live on the Costa. The northwestern coastal province of Esmeraldas, the Chota Valley and the mountainous province of Imbabura are home to many African Americans, recognizable by their dark skin and frizzy hair. A large group of Chinese live in Guayaquil and another group, the Turks or Arabs (especially Lebanese) have a prominent position in the economic and political field. Thus was Abdalá Bucaram, son of Syrian/Lebanese parents, President of Ecuador from 1996 to early 1997. Ecuador has ten different indigenous Indian population groups, often with their own language and culture. Most speak a dialect derived from Quechua. The largest ethnic groups living in the tropical rainforest are the Quichuas, the Shuar, the Achuar, the Huaorani, the Siona-Secoya and the Cofán. 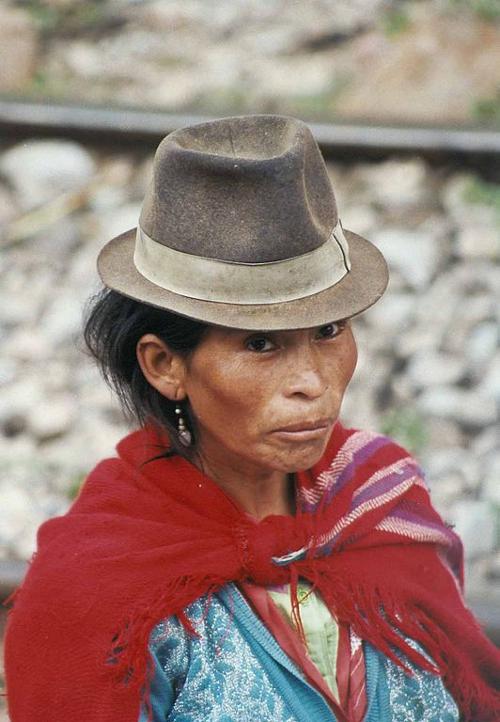 The Quichuas are the largest indigenous group and are closely related to the Quichuas of the highlands of the Ecuadorian Andes. They are divided into Quijos and Canelos (jungle people). They traditionally have a well-developed agricultural system.

The Cofán and the Siona-Secoya live in the northern part of the Oriente. The latter group is made up of two separate groups that decided to merge when their numbers declined sharply during the 20th century. They use the slash and burn technique when it comes to agriculture. Small patches of rainforest are cut down and then set on fire to get rid of the bushes and undergrowth. Crops are then sown and after a few years they move on and the cycle starts again. They are therefore semi-nomadic.

The Shuar and the closely related Achuar live in the southern part of the Oriente. They basically only live off one crop, the sweet manioc and the last years of keeping livestock. This has transformed them from semi-nomadic to semi-permanent peoples.

Well-known highland tribes are Otavaleños, the Salasacas, the Cañaris and the Saraguros. The Otavaleños can often be seen as musicians in the European big cities in the summer and also sell handmade crafts there. They are also true traveling salesmen in Ecuador. The Saraguros once lived near Lake Titicaca in Peru, but were forced by the Incas to move to the current area around the city of Saraguro. They can be recognized immediately by their traditional clothing. They are now mainly ranchers and of all Indian groups the most successful.

The position of the original inhabitants, the Indians, is still very bad. They are being oppressed and there are hardly any Indians represented in parliament, for example. Whites and mestizos regard the Indians as second-class citizens and racism is therefore deeply rooted. The whites are still the most powerful bpopulation group despite their relatively small number. They hold the most economically and politically important posts.