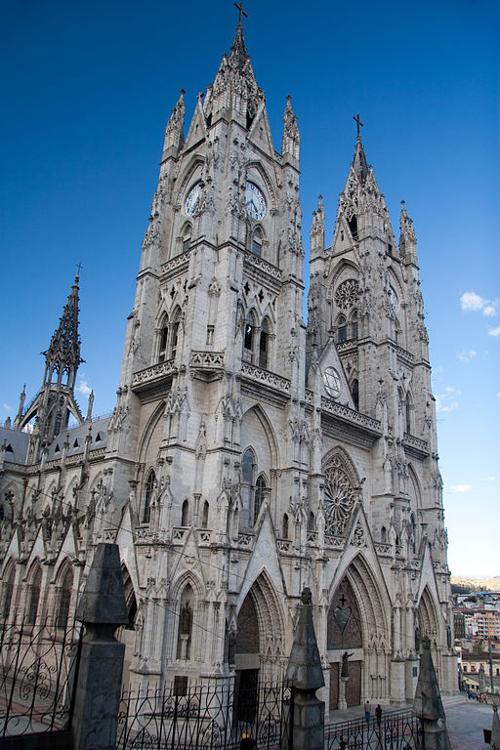 More than 90% of the total population professes the Roman Catholic faith. In addition to the religious one, the Catholic Church still fulfills an albeit modest role in political life. The Roman Catholic Church consists of eighteen dioceses and three archdioceses, Cuenca, Guayaquil and Quito. Ecuador has many pilgrimage places to which hundreds of thousands of pilgrims go every year. The Ecuadorian constitution has guaranteed freedom of religion since 1904 and as a result, especially in rural areas, there are more and more other faith communities such as Mormons, Baptists, Seventh Day Adventists, the Pentecostal Church and Jehovah's Witnesses. In addition to evangelization, these groups also try to invest money in small development projects and infrastructure, in order to bind the population.

Ancient Native American customs and rituals are still common in all denominations, especially among their Native American members. Part of the Indian population adheres to nature religions.