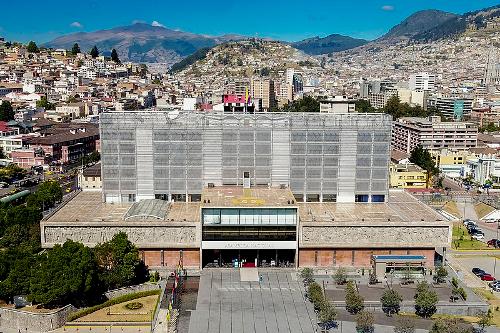 Ecuador is a republic with a democratically elected parliament and is headed by a president. The country has been governed democratically since 1979.
According to the constitution that came into force in August 1998, the nineteenth since the first constitution of 1830, legislative power rests with the parliament of one chamber (Cámara Nacional de Representantes) consists of 121 representatives of the people who are elected by direct elections for four years. 79 members are elected by universal suffrage and 42 members are elected by provincial elections, two per province.

Executive power is in the hands of the president, who is directly elected by the population for four years. In the presidential election, the president must obtain more than 50% of the vote. If he does not achieve this, there will be a second round between the two largest competitors. Because there are about 15 different political parties, a second round is usually necessary. He will not be eligible for re-election the next term of office, but after that he will. The president also heads the armed forces and appoints his own cabinet.

There is universal suffrage for citizens of eighteen years and older, and until 1979 this right was reserved for those who could read and write and who had a identification. That was only 10à15% of the population.

Ecuador is administratively divided into 21 provinces, which are subdivided into 183 cantons (cantones) which are then divided into 746 municipalities. The provinces are administered by a governor appointed by the president.

Ecuador is a member of the following international organizations, among others: the United Nations and some of its sub-organizations, the Organization of American States (OAS), the International Monetary Fund (IMF), the Latin American Integration Association (LAIA), the Andean Pact and the Latin American Economic System (SELA), the 1978 Amazon Cooperation Treaty, which establishes economic and ecological relations with the Amazon Basin neighboring neighboring countries are regulated. For the current political situation, see chapter history. 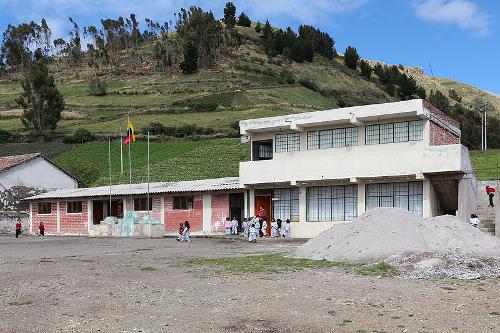 Education is officially compulsory for everyone for nine years. Children often go to school for up to six years, especially in rural areas. Very few children attend secondary school there. It is often the case that the scattered population does not even have transport to get to the schools and, moreover, the costs are often too high for the poor farmers. are large classes that bring the level of education down again. Only half of the children who enter secondary education obtain a diploma;the rest drop out prematurely. The diploma obtained in secondary education is a must to be able to follow higher education. There are about twenty universities and technical colleges.

About 14% of the adult population is illiterate, but in rural areas and among the Amerindian population the percentage is considerably higher. Furthermore, the native language of most Indians is still not taught, so many Native American children are in fact deprived of education.

Due to salary problems, the teachers regularly go on strike. The private schools are doing much better than the government schools. About 20% of the pupils are in private education. In the highlands the school year runs from September to June and on the coast from May to January.