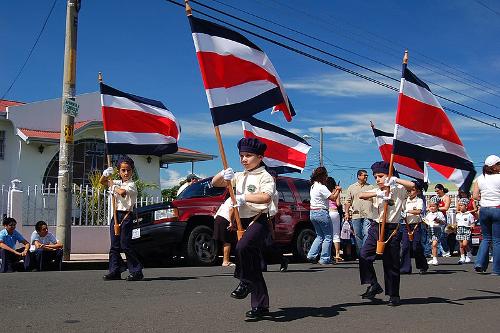 In contrast to the population of the other republics in Central America, that of Costa Rica is very homogeneous and mostly white: 94% are of Spanish, Italian and other European descent. Two other major minority groups are Afro-Caribbeans and Chinese. The Costa Ricans call themselves "hermanitico" (little peasants) and derived from it Tico's and Tica's.

In itself, the African influence is quite limited because Costa Rica is one of the few countries on the American continent where no slaves have been imported from Africa. The Afro-Caribians descend from the guest workers who were recruited from the English-speaking Caribbean islands, especially Jamaica. Most of the approx. 35,000 Afro-Caribbeans live in the Talamanca region in the province of Limón and they represent about 35% of the total population there.

The early 20th century was followed by many Chinese who helped build the Pacific Railroad. They mainly live on the other side of the country, in areas on the Pacific Ocean.

Mestizos, of Spanish Indian descent, mainly live as farmers in the agricultural province of Guanacaste.

Quite a number of Nicaraguans live in the north and northwest of Costa Rica, often refugees from the Nicaraguan civil war.

In recent years, more and more retirees, "pensionados" or "rentistas", from the United States, Canada and some European countries have settled in Costa Rica to enjoy their retirement.

The three main Native American groups, who make up less than 1% of the population, live in the inaccessible mountain regions. In all, there are about 15,000 descendants of indigenous pre-Columbian tribes, the so-called "indigenas". Costa Rica is, after Uruguay and Brazil, the least Indian country in Central and South America.

Most indigenas live in one of the 22 reserves that Costa Rica has. About 7000 Bribrí and Cabécar Indians live in the Talamanca Mountains. In the south of Costa Rica, high above the Térraba valley, there are about 3000 Boruca and Térraba Indians. The 5000 Guaymi live in the heart of the Osa Peninsula. They only moved from neighboring Panama to Costa Rica in the 1940s. About 100,000 Guaymi still live in Panama. 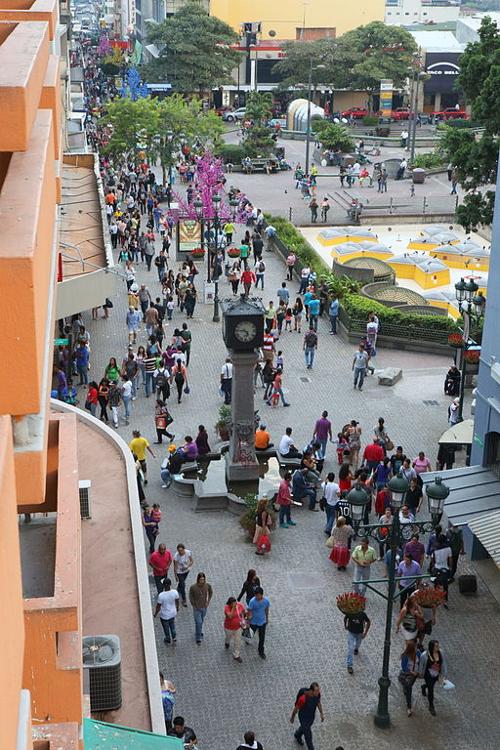 Hustle and bustle in the streets of San Jose, Costa RicaPhoto: Cephas CC 4.0 International no changes made

Costa Rica was home to nearly 5 million people in 2017. The population density is approximately 96 inhabitants per km2, making Costa Rica the most densely populated country in Central America after El Salvador.