Post-war economic history in a nutshell 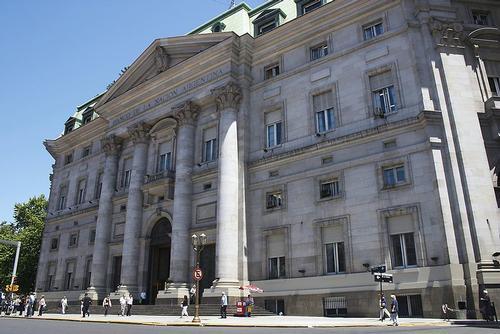 Until the beginning of World War II, Argentina was one of the most prosperous countries in the world. The export of grains, hides and meat was mainly to blame for this, and the proceeds from these were used to develop the industry.

In the 1950s, the Argentine economy went wrong. Agriculture was facing increasing competition from other, cheaper countries and industry was not yet developed enough to compete with other industrialized countries.

In the period Perón a monetary depreciation was set in motion that lasted until 1991 and, for example, in 1984 yielded an inflation rate of up to 700%. The structural causes of the economic downturn (low productivity, poor export position, high government spending, speculation and capital flight by the financial elite) were not addressed and the economy failed to modernize.

In the 1970s, a huge amount of money was borrowed abroad to reduce the government deficit; however, this did not yield much more than a tenfold increase in foreign debt. In addition, the military regime irresponsibly speculated with the money and bought military goods from it. The real issues were not addressed.

The Alfonsín government sought and received support from the IMF, on the condition that significant cuts would be made in government spending. As a result, the population's disposable income decreased, which caused the economy to stagnate. In 1991 an anti-inflation program was started which was a success. The national currency was pegged to the US dollar, causing monetary devaluation to drop to 1% in the late 1990s. In addition, state-owned companies were privatized and government spending was slashed. This was followed by another economic recession and the economic crisis. Unemployment is still a major problem. 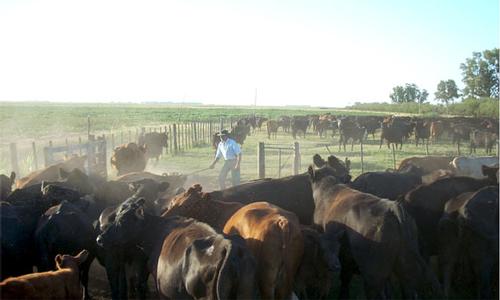 The share of agriculture in the GNP (gross national product) has decreased in recent decades to 10.9% (2017). About 5.3% of the labor force is employed in this sector, which is still responsible for 35% of the foreign exchange income. More than 80% of Argentina's total exports are agricultural products, processed or as raw material. More than 70% of the total surface area is used for agriculture, of which the largest part is for livestock (52%), and Buenos Aires is the most important agricultural province. Large land ownership is still abundant in Argentina: approximately 70% of the cultivated land was in the hands of 6% of the landowners in the 1970s. Despite much-announced agricultural reform measures, agricultural property relations have hardly been affected in recent decades.

The main export destination for Argentinian agricultural products is the European Union. Argentina is a major player on the world market in terms of both production and export.

The main arable products are wheat, grain, maize, oil fruits, soy and flax in the pampas, wine around Mendoza and sugar cane in Tucumán. In Entre-Rios yerba maté (bitter tea) and rice are grown.

The cattle stock numbers more than 50 million heads. Almost 90% of meat production is consumed domestically. 180,000 tonnes of beef is exported to more than 50 countries, the most important of which are Egypt, Bulgaria, Brazil and Israel.

Argentina now has economically viable forests covering 22% of its territory. In the northern Gran Chaco area, quebracho extract is extracted from which pharmaceutical products are made, including tannins.

Argentina expanded its territorial waters from 12 to 200 nautical miles in 1969 to secure the rich fish stocks in the southern Atlantic Ocean. However, it has still not come to optimal utilization.

Fishing is important between Mar del Plata and Bahía Blanca (sardines and tuna) and on the Patagonian coast (cod and sardines). Fish is exported mainly to Spain, Brazil, the United States and Japan. The main export fish is the "merluza" or hake. 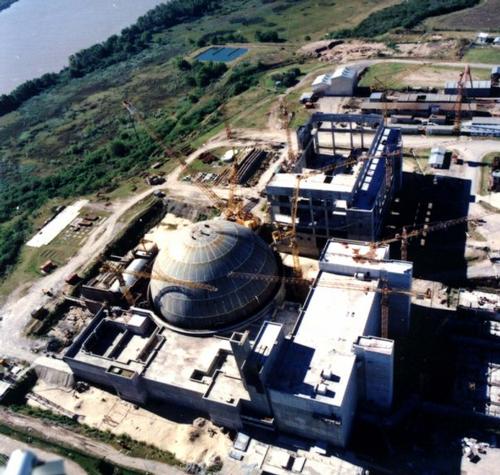 Mining is of little importance for employment and exports; less than 1% of the labor force is employed in this sector. The mineral resources are still unexplored.

The main product is petroleum with extraction areas in Patagonia and in the north and west of the country. The operation is in the hands of the state-owned company YPF and Argentina provides almost all of its oil needs. Forty percent of the oil production is for the domestic market, the rest for export, mainly to Brazil, Chile and Uruguay and the United States. Argentina is Latin America's fourth largest oil producer.

Natural gas is often extracted together with petroleum. The natural gas fields of Argentina were found as a result of the oil exploration. The largest natural gas fields are located in the southwest (Neuquén: half of the total production), south and northwest of the country. Argentina is Latin America's second largest natural gas producer. The entire gas industry is in private hands and our own production covers approximately 80% of the domestic demand. The remainder is imported from Bolivia via a pipeline. Argentina has a strong petrochemical industry due to its large reserves of oil and natural gas. The entire sector produces about 3.3 million tons of products annually. The refineries are mainly located in the provinces of Buenos Aires, Neuquén, Mendoza, Tierra del Fuego and Santa Fé.

Mining is still under development and many of the minerals present are not yet exploited. Most of the mining areas and supplies are in the Andes Mountains and to the west on the border with Chile. The main minerals with metal that are mined are gold, silver, copper, zinc, tungsten and lead. Minerals that are extracted include clay, limestone, gravel and sand.

Coal is mined in the southern province of Santa Cruz and in the northwest of the Andes asbestos and beryllium (used in nuclear energy, among others) are mined.

Since 1992, the Argentine government has privatized and deregulated the electricity sector. Only the nuclear and some hydroelectric power plants are still owned by the national government.

Argentina has great potential for hydroelectricity, which was developed in the 1970s through joint projects with Paraguay on the Paraná River and with Uruguay.

In 1982, the Salto Grande power station was completed on the Uruguay border river. Argentina has nuclear energy. Uranium is mined in the country itself.

With regard to sustainable energy, the focus is mainly on solar and wind energy. According to the plans of the wind energy companies, 15% of Argentina's electricity must be produced using wind technology in ten years' time. The young industry employs about 28.6% of the labor force and provides 28.2% of GDP. The main industries are still linked to the agricultural sector, such as the textile and food industries (especially the meat processing industry), sugar and maté factories. There are also industries where electrical and household appliances, automotive bodies, plastic goods, clothing and the like are produced. Argentina's industry is mainly concentrated around the cities of Buenos Aires, Rosario and Córdoba.

The food industry is well developed, accounting for nearly 5% of GDP and 30% of total exports. Argentina benefits enormously in this sector from Mercosur's membership, giving almost all Argentinian foodstuffs free access to the gigantic Brazilian market. Important products are of course mainly meat and meat products, but also fruit, vegetables, fish, chocolate, wine and edible oils.

Another significant industrial sector is the automotive industry. Most of the Argentinian fleet is assembled in the country itself and some export takes place to neighboring countries. 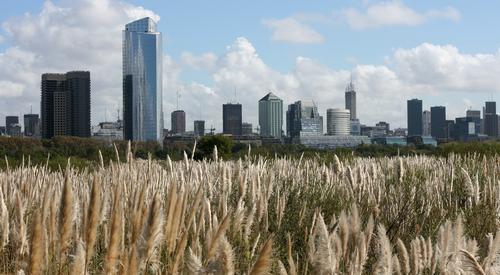 This sector has grown strongly, especially under Perón. The government is striving to reduce the bureaucracy that has grown out of its power. Efforts are also being made to privatize public service companies as much as possible. Many small and medium-sized banks have merged to compete with the big banks. Important.

In 1995 Argentina, Paraguay, Uruguay and Brazil (with Chile and Bolivia as associate members) signed an agreement aimed at economic integration in the region, MERCOSUR. Argentina's foreign trade has doubled in recent years. 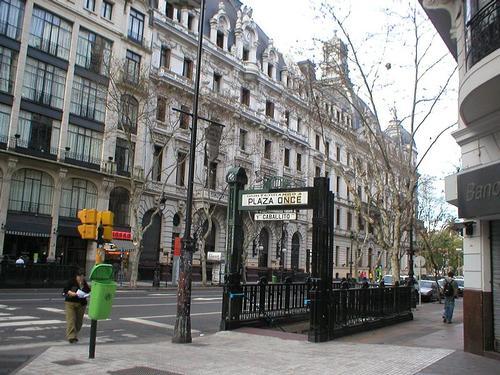 The Argentinian road network covers a total of 220,000 km. Approx. 90% of passenger and 60% of freight transport is by road. There are about 12,000 truck companies active in Argentina.

For a long time, the railways were considered the main arteries of the Argentine ytansport network. Rails and rolling stock are obsolete and are gradually being replaced. There are also plans for further electrification of the railway network.

More than 95% of container traffic enters Argentina through the port of Buenos Aires.

The airline Aerolíneas Argentinas is the main company. The second airline, Austral Líneas Aéras, was privatized in 1987.

Buenos Aires Airport, Ezeiza, is one of the largest in the world and served by almost all major international airlines. Argentina has 271 airports, 10 of which are international.