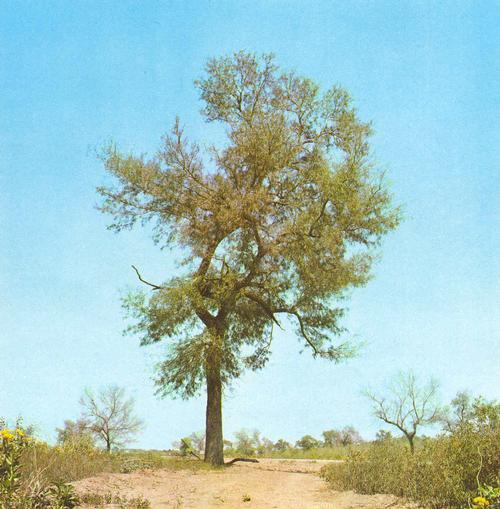 The large differences that occur between the various vegetation types in Argentina are mainly caused by things such as temperature and rainfall. In total, the country has 10,000 different plants.

Many cactus species occur in the high, dry northwest, even up to 4000 meters. The most common cactus is the cardones or columnar cactus. Above this, dwarf heather and cushion-forming species are mainly found. In the valleys one often comes across the algarrobo tree and especially the lapacho tree.

The Chaco plains in the northeast are a transition area between the subtropical forests and the Pampa plains. Low thorny thickets are quite common here, along with one of Argentina's best-known trees, the quebracho, due to its hard wood and high tannin content (important in the production of tanning dust). Another characteristic here is the chorisia or bottle tree.

This is also the area of beautiful orchids and Argentina's national symbol, the fiery red ceibo. In the Parque Nacional el Palamar the yatay palm tree grows, which is only found in a few places in the world.

To the east, towards Brazil, the vegetation changes considerably. Here you will find subtropical forests with palms, cedars, lapachos, araucaria, Yerba mate shrub (a kind of holly), palo rosa and pino paraná as the most striking appearances. Huge ferns grow along the rivers.

More to the south follows a large swamp and water area, with the large green Irupe, a water lily, as the most special plant. The Irupe can reach a diameter of one to two meters. 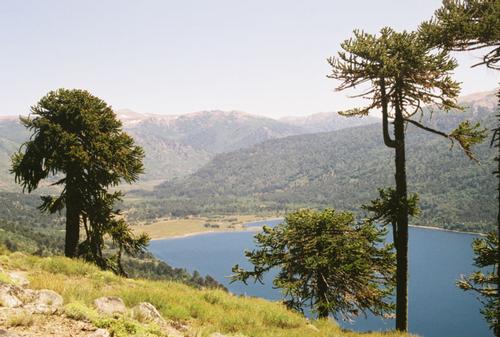 The Lake District, in the west of Argentina, is characterized by large deciduous and coniferous forests. Very special here is the rare and therefore protected araucaria, one of the oldest tree species in the world. They can live for hundreds of years and usually grow at an altitude of about 1800 meters. Rare is also the arrayán tree, which only grows in a few places in the world. In the southern Lake District there is a national park for the alerce, a pine tree. They can live to be over 2000 years old and 40 to 50 meters high. Cypresses and the beech tree species coihue, lenga and ñire also grow in this area.

Well-known flowers are the bottelita and the amancay, the flower symbol of the Lake District. It is also striking that many tulip varieties are growing.

The Patagonian plains are largely covered with steppe grass and low shrubs, trees are almost non-existent. The Patagonian mountain region is somewhat more wooded with beech tree species such as the rauli, lenga, ñire and coihue, also called Nothofagus forests. Due to the abundant rainfall, these trees always remain green, except above 1500 meters, where it is too cold.

The pampas are very poor in terms of vegetation. In order to create some shade, many ombu's have been planted, the tree crown of which has a diameter of about 30 meters. The eucalyptus from Australia is also common on the pampas. Tall, hard grasses such as chañar and espinal predominate on the humid Pampa Húmeda. The thorn bush dominates the dry Pampa Seca

Due to the great length of the country, Argentina encompasses all kinds of climates with the corresponding animal world. In Northern Argentina, for example, 55 species of snakes are found, in the south only one and in the extreme south no more snake can be found. In total, the country has more than 300 different types of mammals and 1000 different bird species.

Some animals are found in large parts of the country and are very characteristic of Argentina and South America. Two of these are guanaco and the vicuña, both related to the llama. These animals live mainly in the high mountains in the northwest, in the south along the coast of Patagonia and in the valleys of the Andes mountains.

The rhea is a South American ostrich that lives in the valleys of the northwest, the Pampas and the Patagonian plains.

The lagoons in arid northwestern Argentina are important breeding grounds and habitats for three types of flamingos, the flamingo austral, the flamingo chico and the flamingo chilena. A bird of prey that is common here is the majestic condor with a wingspan of up to three meters.

Parque Nacional El Rey National Park is home to the jaguar and the "ardillaraja", a species of squirrel that only feels at home above 1,500 meters. 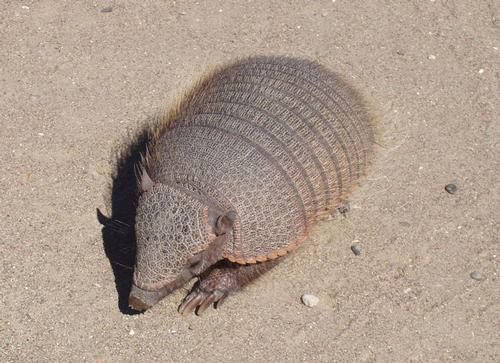 The harsh climate of the northeastern Chaco plains is home to the giant armadillo, the "tatú carreta". Snakes, anteaters, a small crocodile species, and monkeys such as the "mono cai" and the "coati" live around the wetlands. A striking water bird is the "espátula rosada", a spoonbill species. Further east, in the subtropical forests, toucans, tapirs, hummingbirds, monkeys, many frog species and great numbers of butterflies live.

To the south are extensive swamps and wetlands, with the garza mora, a large heron species, the water boar, navel pig, spectacled bear, howler monkey, and the "chajá", a crested fowl coot. Furthermore, crocodiles, turtles and beavers. The swamps of Corrientes are rich in snakes, feared are the rattlesnake and the jarará.

The maned wolf resembles a fox, but has much longer legs and long hair on its neck. Its coat is reddish brown with a white spot on the throat and a white tail.

Some deer species can be found in the forests of the lake area, such as the huemul and the rather rare small pudu. The gato huiña, a large wild cat, hunts birds and small rodents.

Most notable birds are the carpintero cabeza roja, a woodpecker species, the Patagonian thrush, and the picaflor austral, a hummingbird species.

The rivers and lakes are full of salmon and trout, including the European trout or trucha marrón. 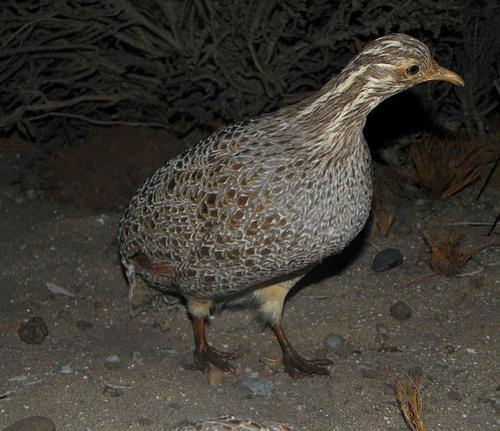 On the Patagonian plains there are many small, but special animals. There is the armadillo, the mara or pampas, a curious looking rodent, and the Patagonian fox. Large animals are the guanaco, the cougar and the rhea. A common bird is the brown-crested tinamou. Typical lagoon birds are the flamingo and the black necked swan.

At the end of the 18th century, the first merino sheep came to Argentina with the Spaniards, at this time huge flocks of sheep (approx. 25 million) are eating the plains bare. 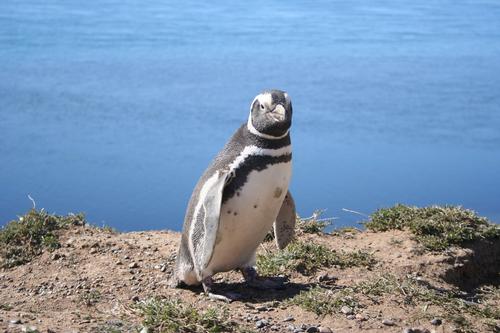 The Patagonian coast is home to the elephant seal, sea lion, southern seal, common seals and penguins, of which the Magellanic penguin is the most common.

A little further out to sea, hundreds of southern right whales arrive to breed between June and October. This whale species can grow up to 18 meters long. Dolphins, tuna and killer whales also live here.

There are plenty of birds to be found here, including of course seagulls, but also royal cormorant, white plover, Magellanic albatross, and giant petrel.

A special appearance is the centolla, a crab species that can reach a diameter of one meter.

The pampas are a fairly poor area in terms of fauna. Guanacos and rheas are common, as are deer such as the ciervo de los Pantanos and the ciervo de la Pampa. The armadillos live on the dry pampas, in the cañyons the jackal fox.

The pampas are also a real cow area, with species such as shorthorn, Aberdeen angus, hereford, charolais and even the Frisian black fur cow, the "vaca Holandesa".