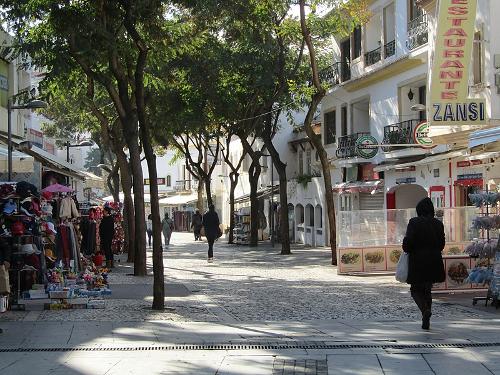 Portugal has approximately 10.840 million inhabitants (2017). Many Portuguese live abroad, mostly for economic reasons. After the decolonization of Angola andMozambique, hundreds of thousands of so-called retornadoes have returned to the motherland. After some time, some of them migrated to Brazil. Annual population growth is 0.12. The birth rate in 2014 was 9.42%, the death rate 10.97%. The population density varies greatly from region to region. Large population concentrations are located in and around Lisbon and Porto and onMadeira. Nevertheless, Portugal is a sparsely populated country with just over 100 inhabitants per km2.

The Algarve itself is home to approximately 442,000 people (2017). The capital Faro has more than 50,000 inhabitants. Of all the Portuguese, the inhabitants of the Algarve are most closely related to the Moors. The people are darker in appearance and smaller in stature than the Portuguese from the north.