The Republic of Albania (officially: Republika e Shqip ris, Shqiperi for short) is located in southeastern Europe, on the Balkan Peninsula, the largest and most eastern peninsula in Europe. 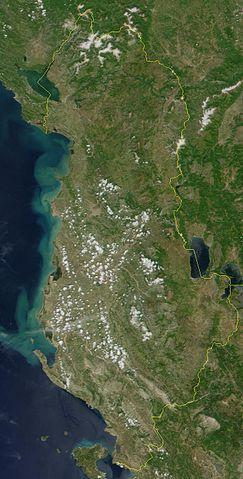 Albania is bordered to the north by the Serbian province of Kosovo and Montenegro (287 km), to the east by Macedonia ( 151 km) and to the south by Greece (282 km). To the west, the country borders the Adriatic and Ionian seas ;the length of the total coastline is 362 km. The distance to the coast of Italy is just 80 km from the Strait of Otranto.

South off the coast is the Greek island Corfu. 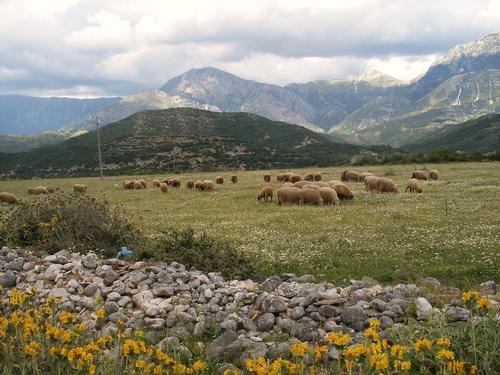 Albania actually consists of two parts: the low coastal land and the mountainous interior. The average elevation is 708 meters above sea level and about 70% of the Albanian landscape is mountainous.

The coastal landscape consists of a number of coastal plains, separated by flat dry ridges. The coastal plains are low, with here and there lakes and swamps, which, moreover, have been largely drained and irrigated; the winter rains and the spring floods of the rivers often cause flooding.

More to the east is a hilly zone, which is no longer affected by flooding.

The east of Albania is fierce and difficult to access. In the north are the Northern Albanian Alps. Here, the limestone mountains, intersected with deep gorges, even assume high mountain shapes (Jezerce, 2693 m). The highest peak is the Korab, 2784 meters high, and it is located in the Korabit Mountains at the border triangle with Macedonia and the Serbian province of Kosovo. For the rest, the mountain country consists of elongated ridges, sharply cut small plateaus and small basins. Karst phenomena also occur.

Around the Dessaretic lakes in the south is the only large plain suitable for agriculture. 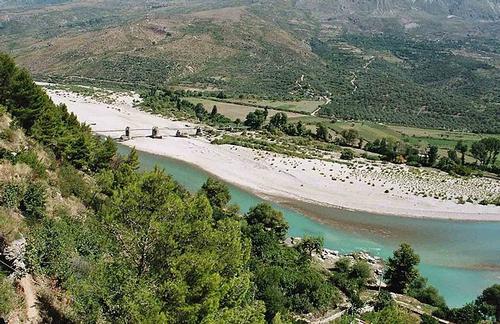 Non-navigable rivers like Drin, Mat, Shkumbî, Seman and Vijos flow from the mountains to the Adriatic Sea and break through the mountain ranges in rugged and wild valleys. The largest river, the Drin, has its source in Lake Ohrid (this section is called the Black Drin) and in the mountains of Kosovo (White Drin).

The lakes are all located in border areas: in the north, Lake Shkodër (460-510 km2, also the largest lake in the Balkan Peninsula);in the southeast the Dessaretic group on the border with Macedonia and Greece: Lake Ohrid (270 km2), Lake Prespa (288 km2) and the small Lake Malik, all of which are partly outside Albania themselves.