The climate shows strong local variations, in part due to the vast expanse of the country. Furthermore, the Warm Gulf Stream flows along the coast, which has a significant influence on Norway's climate. For example, it is a fact that it is on average warmer in Norway than in many countries at the same altitude. On the west coast, the fjord area, there is a warm temperate maritime climate with mild and rainy winters. In the far north, the temperature can drop to -40°C in winter. 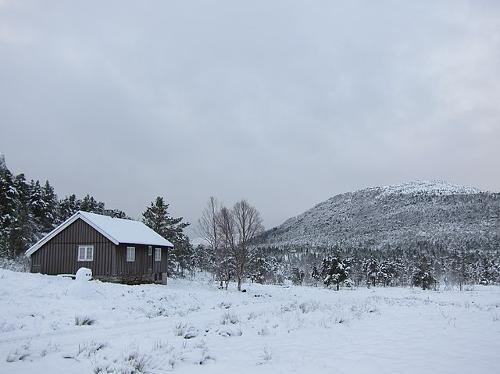 In summer the temperature regularly rises above 20°C. There is a real tundra climate here. Because the climate is quite dry and there is little wind, the low temperatures are well tolerated. To the east of the mountain ranges, the interior has a continental climate. In some places it is so dry there that irrigation is required in agriculture. Some of the driest places in Europe can be found here. The precipitation amounts there decrease to less than 500 mm per year. Summers in Norway can be sunny and warm, ranging from four months in the south to two months in the north. The highest precipitation amounts are found in the Bergen area, more than 2000 mm per year. In Norway two special phenomena can be observed: the midnight sun and the northern lights. 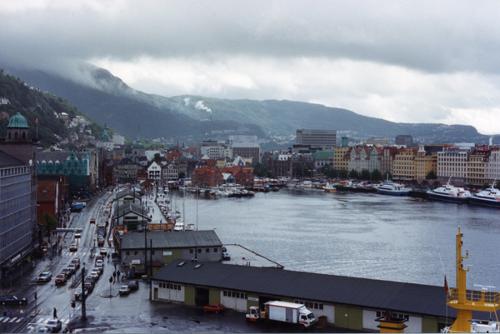 Another rainy day in Bergen, NorwayPhoto: Leif Knutsen CC 2.5 Generic no changes made

The midnight sun is high on the list of places of interest for many travelers. The further you go in the direction of the North Pole, the higher and longer the sun shines in succession. The Arctic Circle, which also runs through northern Norway, is the latitude at which the sun remains just above the horizon on the night of June 21-22. The midnight sun is visible even in more southern parts of Norway. In the middle of summer, people can still read the newspaper on the street at night without much trouble. Conversely, the sun on the Arctic Circle naturally remains below the horizon in winter and the Arctic night prevails on the North Pole. With heavy clouds there is of course much less of this natural phenomenon to be seen. 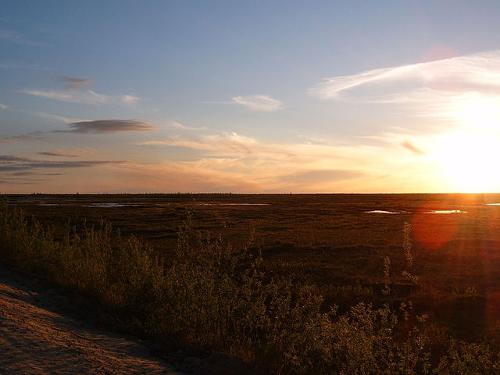 The northern lights or polar lights can be seen on clear, cold winter nights. Electrical particles are ejected from sunspots in the direction of the Earth, and pushed by the magnetic field around the Earth to the higher layers of the air, where they start to glow. There are then beautiful shades of color, in curves and rays. The most beautiful part is the Northern Lights crown, when all those arches and rays seem to hang like a crown above the pole. 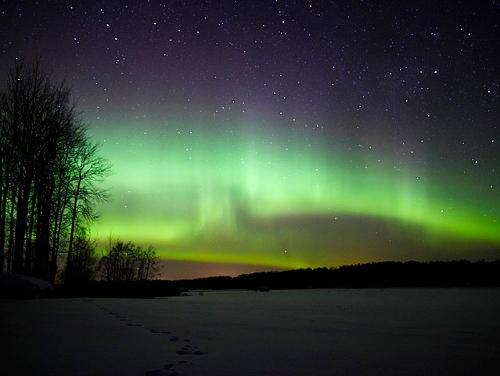