Norway (officially: Kongeriket Norge) is located on the west side of Scandinavia and is bordered on the south by the Skagerrak. In the north and west are the North Sea, the Atlantic Ocean and the Arctic Ocean. 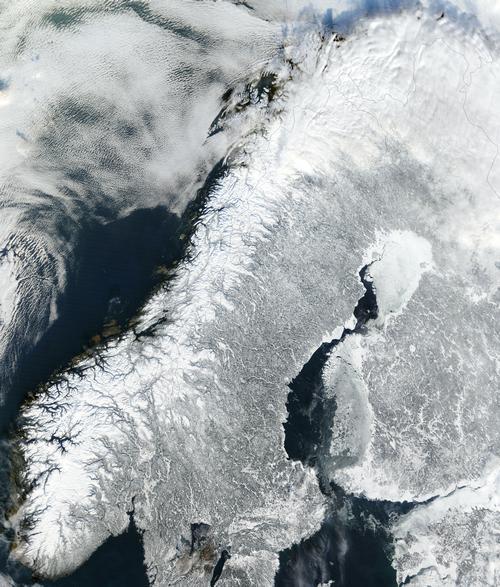 On the landward side, Norway is bordered by Sweden, Finland and Russia. Off the coast of Norway are the Lofoten, the main archipelago. The Spitsbergen archipelago (Svalbard) is located about 650 kilometers north of Norway. From north to south Norway measures nearly 1800 km as the crow flies, roughly the distance from Amsterdam to Sicily. The width of the country, on the other hand, is only 80 km here and there.

Location Svalbard in relation to NorwayPhoto: TUBS CC 3.0 Unported no changes made

Norway can be divided into four landscapes. The Ostlandet is the most densely populated area. Here are the most extensive forests and the most visited holiday areas. Vestlandet is home to the famous fjords and snow-capped mountains. Troendel Day is located in the middle of Norway and is a relatively flat and fertile area. Nordlandet consists of mountains, islands and fjords. The Arctic Circle runs right through the area and the Samen (Lappen) live here. The Norwegian mountains were created 340 million years ago. During the ice ages, the mountainous land was covered with a 2000 meter thick layer of ice. The glaciers cut deep gorges in the landscape and so the fjords were created. Fjords can reach tens of kilometers inland. The furthest inland is the Sognefjord (204 km).

The highest peaks lie between the capital Oslo and Trondheim. The Galdhoepiggen and the Glittertind are the highest peaks at about 2650 meters. More than half of the country is above 500 m, about a quarter above 1000 m. 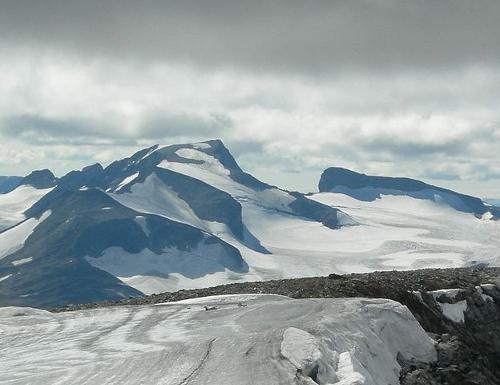 Between the fjords one often finds the "fjell", an uninhabited rocky plateau. Norway has extensive glacial areas. The Jostedalsbreen is with 815 km2 the second largest glacier field in Europe. 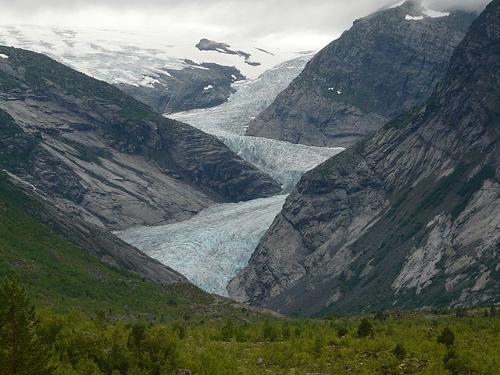 Rivers and streams are not navigable for shipping due to the many waterfalls and rapids. The longest river of Norway is the Glomma or Glåma. Other long rivers that flow entirely through Norway are Numedalslågen (352 km), Tana (348 km), Drammenselva (301 km), Skiensvassdraget (251 km) and Begna (250 km). 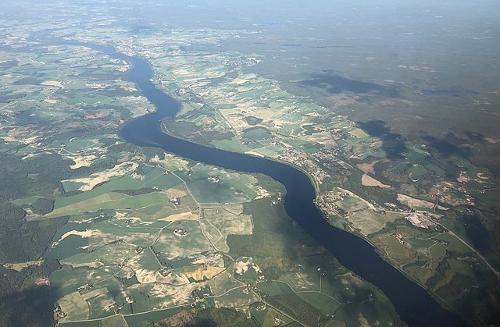 About 3% of the total area consists of agricultural land. An even smaller percentage consists of cities and roads. A quarter of Norway is covered by forests, the rest by mountains, rivers and lakes. Norway has about 15,000 islands, of which only about 2000 are inhabited.