Tourism to the UK has become one of the major economic sectors with a total value of almost £80 billion. In total, more than 2 million people work in the tourism sector, which is about 7.5% of the total workforce.

A crossing to England is possible from many ports. Domestic tourism yielded much more, however, at around £ 61 billion. London is by far the most important destination. More than half of all tourists visit the capital for at least one day.

England has many tourist attractions, we limit ourselves here to some of the best known, followed by the short description of a number of cities that are also extensively described on the city pages of TheWorldOfInfo. 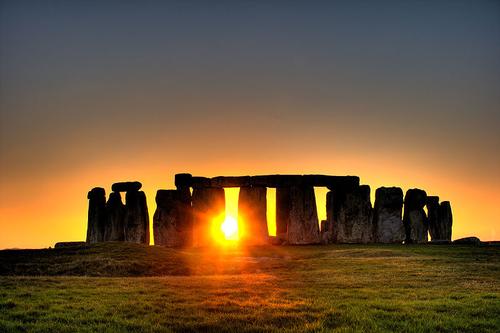 Stonehenge near Salisbury is surrounded by a mystery. Here you see a circle of megalithic stones that date from around 2300 BC. It is almost certain that the monument was used as a cemetery, but it could also be a health center or a place of sacrifice. Today, people come to this magical place to experience the solstice. Hadrian's Wall runs from coast to coast, marking the northern border of the Roman Empire. As the name implies, the wall was built during the reign of Emperor Hadrian. Construction took place between 122 and 128 AD and was intended to protect against attacks from the Picts. Currently, Hadrian's Wall is a major tourist attraction due to the hiking trail that attracts many tourists every year. 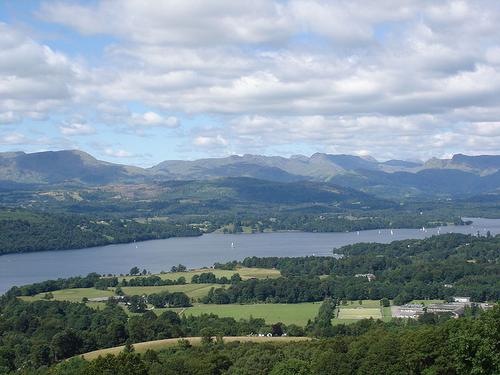 In the north of England you will find the Lake District, which is a much visited National Park with the highest mountain peaks in England and sixteen lakes, the most famous of which is Lake Windermere. In Victorian times, the Lake District was a travel destination for the elite. The poets William Wordsworth and Samuel Coleridge lived here and were known as the Lake Poets. Today it has increasingly become a destination for mass tourism. Another beautiful National Park is the Peak District in the middle of England. 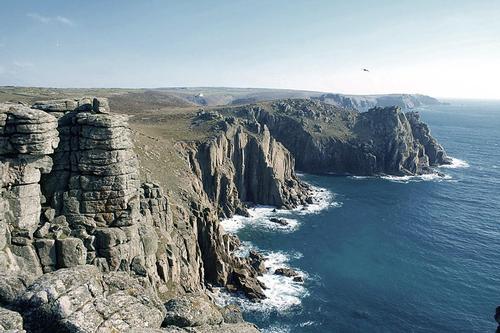 Cornwall is located in the extreme South West of England. Due to the passing Gulf Stream, Cornwall has a very soft climate, even palm trees grow. The westernmost part is called Land's End, which is a major tourist attraction. St Ives is a busy city with many galleries and a museum in honor of the great sculptor Barbara Hepworth. Popular with hikers is the Cornwell Coastal Path where you can take the necessary altimeters while enjoying spectacular vistas. You can also surf in Corwall, especially the place Newquay is popular. 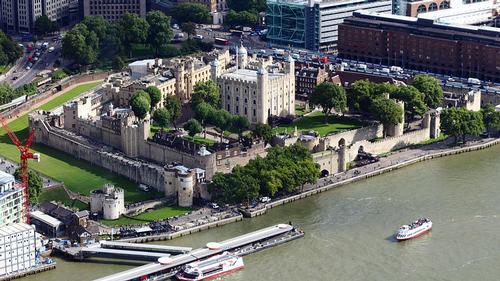 London is the largest city and also the capital of England. In London, tourists line up for a myriad of attractions. The best known are Madame Tussauds, which has many wax figures of the greats. You can get spooky at the London Dungeon. On the riverbank, the London Eye has a Ferris wheel with a wide view of the city. One of the biggest attractions around Buckingham Palace is the Changing of the Guard. This happens every day at every British palace and a whole ceremony is held around it. The guards are not allowed to move during their work, only during the switch ceremony. The ceremony has been around for centuries and takes about 45 minutes. The Changing of the Guard starts at 11:30 every day at Buckingham Palace in London. London Bridge is the bridge we all know from the English children's song: "London Bridge is fallen down". The bridge connects the City of London and Southwark neighborhoods. The first bridge on this site was built by the Romans, but was often destroyed, damaged, rebuilt, restored and rebuilt. From the 14th century, it became a tradition to place the severed heads of traitors along the bridge. It was not until 1660 that this sinister habit was broken. London Bridge is often confused with Tower Bridge. However, Tower Bridge is more imposing than London Bridge and was not completed until 1884. Tower Bridge is beautifully lit at night. Both bridges are very special and it is definitely worth walking over them. Read more on the London page of TheWorldOfInfo. 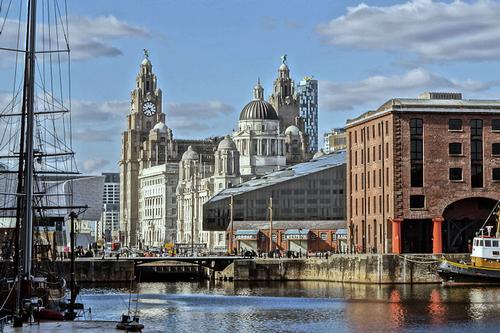 Liverpool is a city on the east bank of the River Mersey in England. When it comes to Liverpool, most people think of two things: the football club of the same name and the city of the world-famous pop group The Beatles. The big tourist attraction is taking a Beatles tour of Liverpool. Many companies offer such a tour, from two hours to a full day. Visit the Beatles' Liverpool and see Penny Lane, Strawberry Fields, The Cavern, The Casbah and all the schools and homes the Beatles once lived in. Often you can also request a personal touch for your own "Magical Mystery Tour".

A special attraction for tourists is Speke Hall, a mansion from the Tudor period in the south of the city. It is one of Liverpool's oldest houses and was built in 1598. The building is one of the few surviving Tudor timber houses. The Anglican Cathedral is the largest cathedral in Britain and the fifth largest in the world. The cathedral is built in Gothic style and is considered one of the largest buildings of the 20th century. Read more on the Liverpool page of country web. 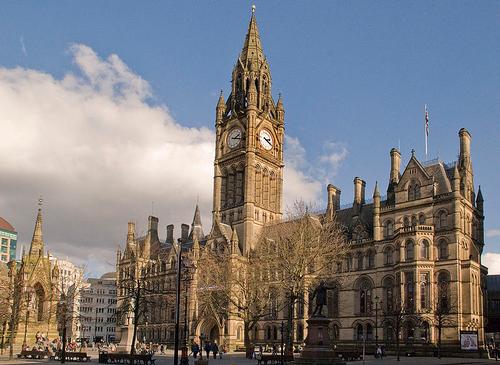 Manchester is a city and district in the North West of England. The city displays a wide variety of architectural styles, ranging from Victorian to contemporary architecture. Built in the Neo-Gothic style, Manchester Town Hall in Albert Square is considered one of the most important Victorian buildings in England. Manchester's museums exhibit objects from Roman history and rich industrial heritage, emphasizing the city's role in the Industrial Revolution. Opened to the public in the 1880s, the Manchester Museum has remarkable collections from ancient Egypt and fine natural history collections. The Manchester Art Gallery on Mosley Street has an extensive permanent collection of European painting. Manchester is known as a city of sports. Two Premier League football clubs are named after the city, Manchester City and Manchester United. Visiting a match is a highlight for many tourists. Read more on the Manchester page of TheWorldOfInfo.

Birmingham is a city and district in the West Midlands County of England and it is the most populous British city after London. Because Birmingham mainly developed during the Industrial Revolution, relatively few buildings from earlier history have been preserved. In contrast, there are many buildings from the Georgian period and Birmingham has developed into a modern city with exciting architecture and a number of top museums such as Birmingham Museum & Art Gallery, best known for its excellent collection of Pre-Raphaelite painters. There are also old masters, including important works by Bellini, Rubens, Canaletto and Claude Monet. The Barber Institute of Fine Arts in Edgbaston, is one of the most beautiful small art galleries in the world and showcases a collection of exceptional quality representing Western art from the thirteenth century to the present. Birmingham nightlife is mainly concentrated along Broad Street and the city hosts many festivals. Read more on the Birmingham page of TheWorldOfInfo.