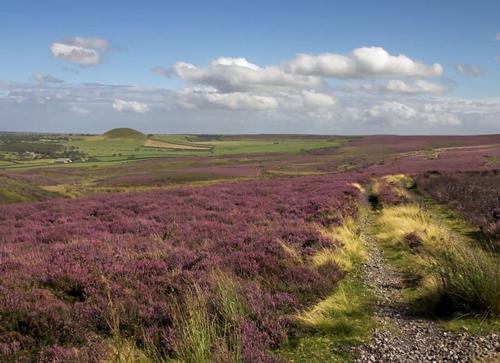 Heath on the North York MoorsPhoto: Colin Grice in the public domain

About 7,000 to 5,000 years ago, birch and pine forests covered England. In 1919, only 4% of the total area of England was covered by forests. Due to good management of existing forests and a replanting program, the total amount of forest land had risen again to 10% in the mid-1990s.

Pieces of deciduous forest can still be found in the lowlands, especially on the often very extensive estates. Much of North West and South West England is covered with heather, with wooded hills (especially conifers) and valleys in between, cultivated for agriculture.

The lowlands of southern England are mainly used for agriculture and the wooded appearance of some counties is largely apparent, as it is caused by rows of trees that are used as partitions and undergrowth. Oak and elm mainly occur on the fertile clay soil of the lowlands; beech and larch are among the few trees that grow on the limestone soils. 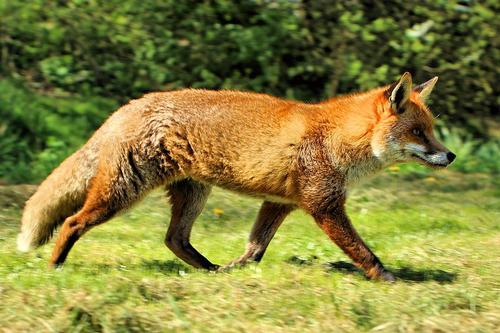 The animal world of England is not very rich in species. Large mammals such as red deer and roe deer are distributed locally and the fallow deer introduced in Roman times is quite widespread. This also applies to fox, tie and otter, although the latter is not so common anymore. The deer was extinct, reintroduced 200 years ago and is currently the most common deer species in England. The sika deer was introduced in the 17th century. Wild mint yaks and Chinese water deer are descendants of escaped species. Other special appearances include wild goats in the Lake District, the semi-wild ponies of the New Forest and Dartmoor, wild boars in the southeast and a very strange sight: Bennett wallabies (Tasmanian subspecies of the red-necked wallaby of mainland Australia) in the Peak District. The pine marten is found in some places.

Typical for England are badgers, foxes, dormice, hedgehogs, bats. The gray squirrel, one of the most common "wild" animals, actually comes from North America, and has almost supplanted the native red squirrel. The brown and gray hare are also native, but the rabbit was introduced during Norman times. Rabbits, but also mice, voles and shrews are hunted by ermines and weasels. Water rats, otters and the mink live in streams and rivers. 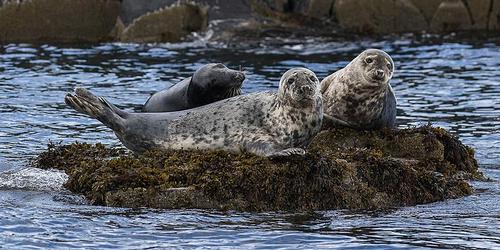 Off the coast, harbor seals and gray seals, porpoises and dolphins can still be seen incidentally near the coast. There is a zoological reserve in the Farne Islands, including for the gray seal and a large number of seabird species. There are many, mostly small, bird sanctuaries and one of the best known is the Orfordness-Havergate Reserve on the South East coast of England. There are about 130 bird species in England, but they are struggling due to progressive urbanization. For example, there are only three million blackbird pairs left. Seabirds such as gannets, gulls, Northern petrels and cormorant are less sensitive to this. Other birds, such as the crossbill, the wood warbler and the nightingale, which only occurs in southern England, have adapted to their changing environment. Typical species such as the rook, the bovine, the bunting, the barn owl, the pheasant live on and around agricultural lands and since 1955 the Turkish turtledove has nested on English soil. Birds of prey like the golden eagle, the red kite and even the buzzard struggle to survive by taking prey.

Migrants and hibernators include house martins, swifts, sand martins, cuckoos and chiffchaffs. Arctic regions include brent goose, barnacle goose, whooper swan, little swan, gray plover, oystercatcher, curlew and kingfisher. Among the birds are some of the continental aberrant geographic shapes, including the English white wagtail and the bullfinch.

The only poisonous snake is the viper. Furthermore, the grass snake and the smooth snake occur, the latter is seriously threatened. This also applies to the sand lizard, the common lizard does better. The natterjack toad and the common toad also have a hard time; the salamander can often be seen in the spring.
Salmon and trout are found in many rivers and streams. The sea is rich in fish species, especially on the rocky coasts.

More than 3000 beetle species live in England, the cockchafer and the flying deer are most common. Butterflies such as the peacock-eye, fathead, blue, fritillary and page find their favorite habitats all over England. 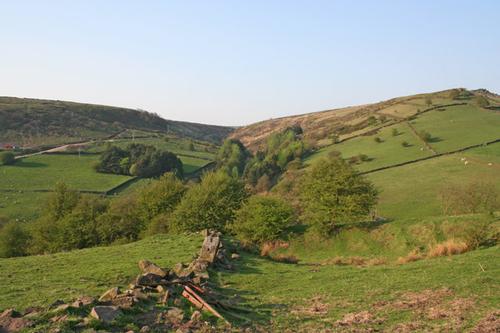 The problem is that the protected areas attract many thousands of visitors every year, making it difficult to find a good balance between tourism on the one hand and protection of nature on the other.

In addition to the national parks, there are about a hundred state nature reserves, as well as wildlife, waterfowl and forest reserves and a fairly large number of private reserves.