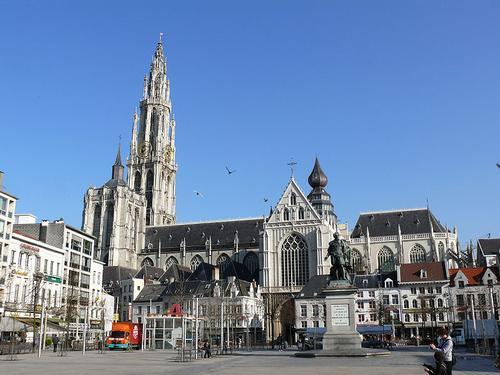 In Belgium, freedom of religion is constitutionally guaranteed, which does not mean that all religions have the same privileges. Some religious groups are not legally recognized and others refuse legal recognition, such as Jehovah's Witnesses and some fundamentalist sects. Groups that are legally recognized are financially supported by the state. This is the case for the Catholic, Protestant, Anglican, Jewish and (since 1974) Islamic religion.

Belgium is a predominantly Catholic country. The number of Catholic baptisms in 1995 still amounted to 70% of the total Belgian population. It is striking that in 1995 only 13% of the Catholics indicated that they were practicing, compared to about 50% in 1970. Among the more or less practicing Catholics one distinguishes the so-called progressive and conservative Catholics.
Belgium is a church province that has included eight dioceses since 1967: the Archdiocese of Mechelen-Brussels, Antwerp, Liège, Hasselt, Namur, Ghent, Tournai and Bruges.

The number of Protestants is estimated at over 60,000 divided into a few denominations and sects. The Protestants are grouped into several churches, the most important of which are: the Protestant Church of Belgium (16,000 members), the Reformed Church of Belgium (10,000 members, mainly in Wallonia) and the Reformed Churches in Belgium (2,000 members, especially in Flanders Since 1978 these churches have been grouped in the United Protestant Churches of Belgium.
The Belgian Evangelical Mission (BEZ) has been structured gradually since 1972 into a Federation of Free Evangelical Municipalities (VEG). This BEZ-VEG has a Baptist signature and has approximately 5000 members. The VEG has a certain "sect" character. Other sectarian Protestant groups are the Pentecostal churches (approx. 5000 members), the Assembly of Believers, the Assembly of the Brothers, the Association of Evangelical Baptist Churches of Belgium and the Salvation Army, each with approximately 1500 members. Even smaller groups are the Free Lutheran Church and the Mennonite Mission.

Furthermore, the little known Belgian Buddhists (several thousand) have their own home in Brussels. The best known of these legally unrecognized religions are Jehovah's Witnesses, with about 20,000 publishers.

The number of Jews in Belgium is about 35,000 and there are three institutionalized forms of religious group formation: Orthodox, conservatives and Reformed. These three forms occur in Belgium, but the reformed municipality of L'Union Libérale Israélite de Belgique was not recognized by the Central Israelite Consistory (CIC). 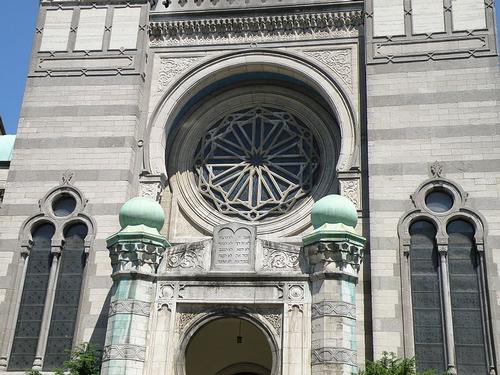 Fewer Jews live in Antwerp than in Brussels (13,000 and 18,000 respectively), yet Antwerp's Jewish community (largely of Polish origin) is the best known. This is partly because she lives in Antwerp more concentrated and further because 80% of the Jews are affiliated with a religious congregation (against only 40% elsewhere) and because the Jewish community in Antwerp strongly adheres to traditional customs.

Antwerp has two large municipalities: the Orthodox Machsike Hadass, who is closely related to the ultra-Orthodox Chassidiem (a mystical-charismatic community with specific dress) and the conservative Shomer Hadass.

According to an estimate in 2011, approximately 900,000 Muslims live in Belgium, of which approximately 98% adhere to the Sunni movement in Islam, making it the largest religious minority in Belgium at the moment. In Brussels about 25% of the population is Muslim, in Wallonia about 4% and in Flanders about 3.9%.
The presence of Muslims in Belgium is strongly linked to the immigration of foreign workers since World War II. It mainly concerns Moroccans, Turks, Tunisians and Algerians. The Center Islamique et Culturel, founded in 1963, has had legal personality since 1968 and Islam was legally recognized in 1974. The oldest mosque in Brussels is the Grand MosquePhoto: Demeester CC 3.0 Unported no changes made

About 20% of Belgians are liberal or have no religion.