Belgium generally has a moderate maritime climate, but there are considerable differences between the different regions. Furthermore, the weather is characterized by great volatility. The average temperature throughout Belgium is 11.2 °C. 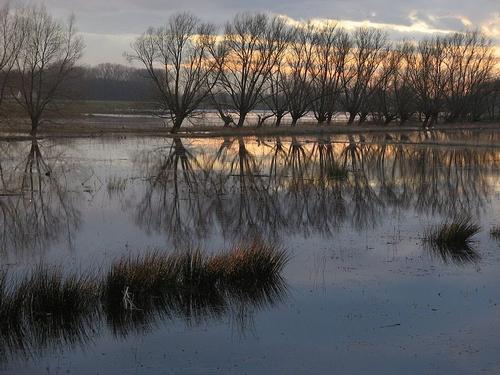 There are three main types of climate. A real maritime climate occurs on the coast and a little inland. The average temperature difference between the hottest and the coldest month is the smallest here (summer 16.9 ° C; winter 3 ° C). A so-called changed maritime climate prevails in central Belgium and the Kempen. The distance to the moderating influence of the sea is somewhat greater, which means that the average temperature differences are somewhat greater (summer 14.7 °C; winter 2.5 °C).

In the mountainous area to the east of the Meuse and the Sambre, a so-called changed continental climate prevails. The influence of the sea is smallest here and the temperature differences are greatest (summer 15.5 °C; winter 0.4 °C). Due to the elevated position of the area, it is not as warm in summer as in the rest of Belgium.

July and August are on average the hottest, January and February the coldest months. Winters in the High Ardennes are generally harsh and long.

Average annual precipitation fluctuates between 1400 mm locally in High Belgium and about 800 mm on the coast and in Central Belgium. The largest quantities fall in Low and Central Belgium in July and August (thunderstorms) and in High Belgium in November and December. The precipitation in the Ardennes is caused by rainstorms, which arise because the rising air cools, the water vapor condenses and then falls as rain. The average annual rainfall across Belgium is 852 mm. The average number of days with measurable precipitation (at least 0.1 mm) is two hundred per year. The number of thunderstorms fluctuates annually between 75 and 90. The maximum thickness of the snow layer increases on average with the height and varies from 6 cm on the coast to more than 30 cm on the Ardennes plains. The average annual number of hours of sunshine is 1392.